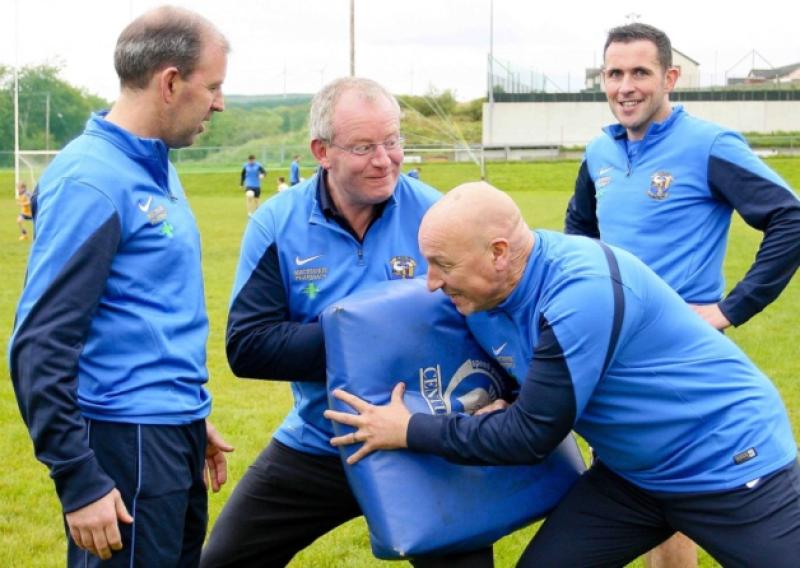 The old saying goes that you should never go back and after leading Glencar/Manorhamilton to three successive Senior Championship titles it would have been understandable if Glenn Young had reservations about returning to the club he enjoyed so much success with.

The old saying goes that you should never go back and after leading Glencar/Manorhamilton to three successive Senior Championship titles it would have been understandable if Glenn Young had reservations about returning to the club he enjoyed so much success with.

However, Glenn was happy to return to familiar pastures although he joked “I haven’t proven it wrong yet, there is still 60 minutes of football to be played.

“For me it wasn’t difficult to go back. At times I wondered if I had stayed on or if I had done this or done that but you can’t have any regrets either. It’s great to be back, the club has been brilliant and you can’t ask for any more.”

Looking out over the Bee Park Glenn reflected on the changes he has seen since he left after winning the championship in 201 - “There are a lot less players. When I was last here there were four teams, we’re struggling with three teams now. Other than that not much has changed.

“We have lost a few players from my last time here but a few of the young fellows have come through and they have been absolutely magnificent. Youth is everything, it revitalises clubs. It kicks the older fellows on a little bit because they know these fellows are coming and the older players respond to that and they have been brilliant this year.”

Glenn has looked to the Kilkenny hurlers for inspiration acknowledging his admiration for their desire to win saying, “People don’t like Kilkenny because they keep winning, I admire them because they keep finding an edge and keep bringing a few fellows on every year and that keeps the pressure on and there is a huge hunger and desire there.

“I keep questioning fellows - ‘how much have you missed winning a senior championship?’ ‘Does it mean enough to come back and empty the tank and make sure that you are successful?’

“I don’t like losing, that’s me personally. Everybody has to look at themselves and question themselves. You have got to love playing football and enjoy it. There is a cliche that it is all about participating but in championship football it is all about winning.”

On their way to this year’s final, Manor have twice defeated last year’s champions and Glenn acknowledged being drawn with Aughawillan in the group stages helped focus his players from the outset.

“It wouldn’t have bothered me if it was St Mary’s or Mohill. I just wanted one of the teams who were going to be the favourites to be in the group with us because I think it does focus you and it does get the group up and running and makes sure it gets fellows focused and prepared for what’s ahead. I think this year we have grown in every game.”

Having overcome the challenges of Carrigallen, Bornacoola, Allen Gaels and Aughawillan for a second time, Glenn is paying little attention to the favourites tag placed on his team.

“Mohill are an extremely good side and I don’t think there is much between Mohill and Glencar/Manorhamilton and whichever side performs best on the day will win the game. We have beaten the County champions Aughawillan, that’s probably what puts us as favourites but that is the only reason we would be favourites.

“Mohill beat them earlier in the league and Mohill have been the team that have been putting up big scores and have been outstanding throughout the Championship, there is very little between the sides.”