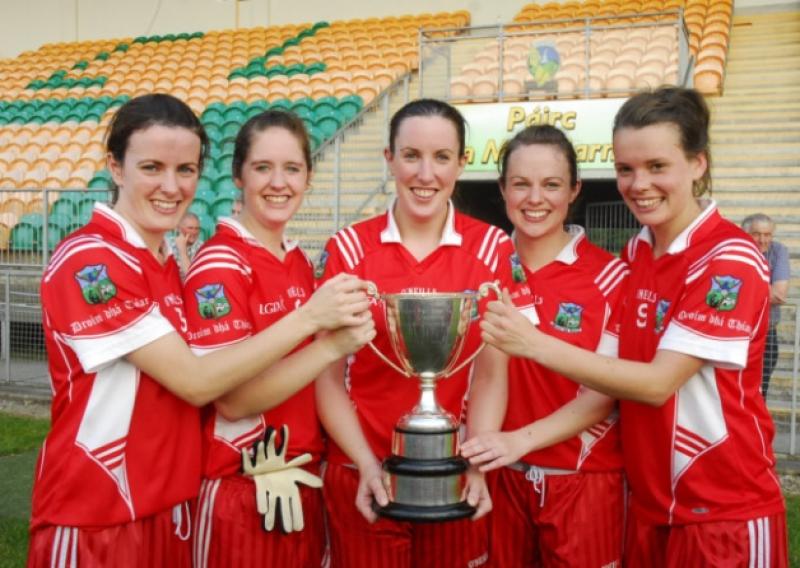 The north Leitrim women scored an amazing 4-4 in a 17 minute spell to take control of Saturday’s Final against St. Joseph’s but then had to hold on for dear life as they ended the game with 13 players and the Aughavas/Carrigallen women closing an eight point gap down to just three at the final whistle.

The dismissal of full-back Mary Farrell and a sin-bin for Roisin Fowley meant the eventual winners had a nervy finish as they were without two County stars and St. Joseph’s were closing the gap.

But with keeper Mary Clancy making two vital saves to deny St. Joseph’s certain goal during the match, Dromahair held on for the title.

Dromahair’s men will be hoping the example of their Ladies will inspire them when they take on neighbours Drumkeerin in their GWP Intermediate Championship Semi-Final replay next Saturday in Pairc Sean Mac Diarmada (5.00 throw-in).

The teams endured a hard fought draw but with Ballinamore Sean O’Heslin’s waiting in the final, both teams will be anxious to show what they are capable of next Saturday.

Saturday also sees Aughawillan take on Glencar/Manorhamilton in the Pyramid Bookmakers Junior B Championship Final in Pairc Sean, 3.30 throw-in. The north Leitrim men will be anxious to end the year with some championship silverware while Aughawillan’s eyes may be on the Senior Final a week later.

The Ladies will also be in action when Oughteragh Gaels and St. Francis meet in the Intermediate Final in Cloone (5.00 throw-in).