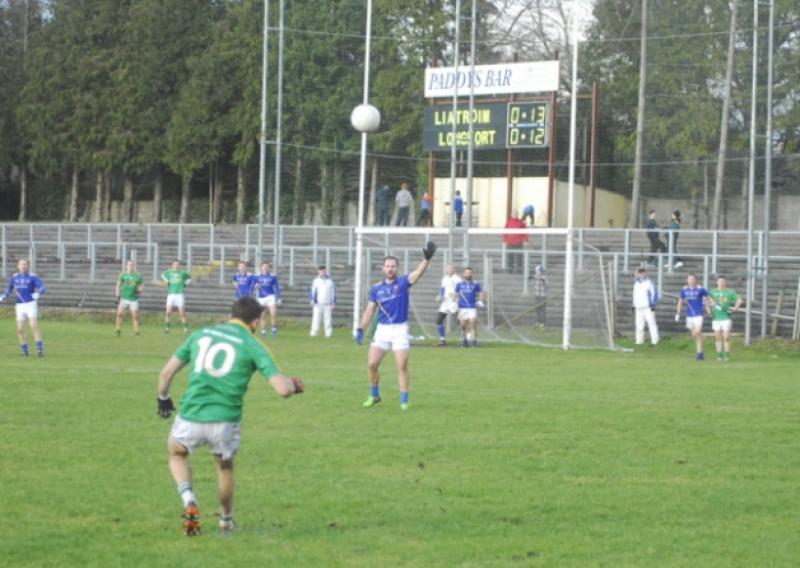 Shane Ward has preached a positive attitude since he took the Leitrim job and it continued last Sunday as he proclaimed the draw with Longford as a point won rather than a point lost.

Shane Ward has preached a positive attitude since he took the Leitrim job and it continued last Sunday as he proclaimed the draw with Longford as a point won rather than a point lost.

“It is a point gained,” said Shane, “it is your first game of the National League and you’re looking to put points on the board and that is the most important thing.”

“We went four up after halftime and a couple of decisions upfront could have been made better and we would have put ourselves out the gate at that stage.”

Leitrim now face into a tough away trip to Aughrim next Sunday but Shane refuses to look at any factors beyond the game - “Of course, they will be looking for their first game in the competition but again, it is a cliche to say it is a tough place  to go to.

“Going to any away ground is just another game. We’ll be looking to get a performance, it doesn’t matter if it is Wicklow, Offaly, Carlow or anywhere else, you still have to travel away and play the game.

“It is a very tight division but every team it is their first day out and every team has new players, they have young players coming through and they are trying to work on their game-plans and their structures and so on which is all very important and every team needs a reprieve where they need to get time to work their teams.”

• For more reaction from Shane Ward, see page 77 of this week’s Observer.