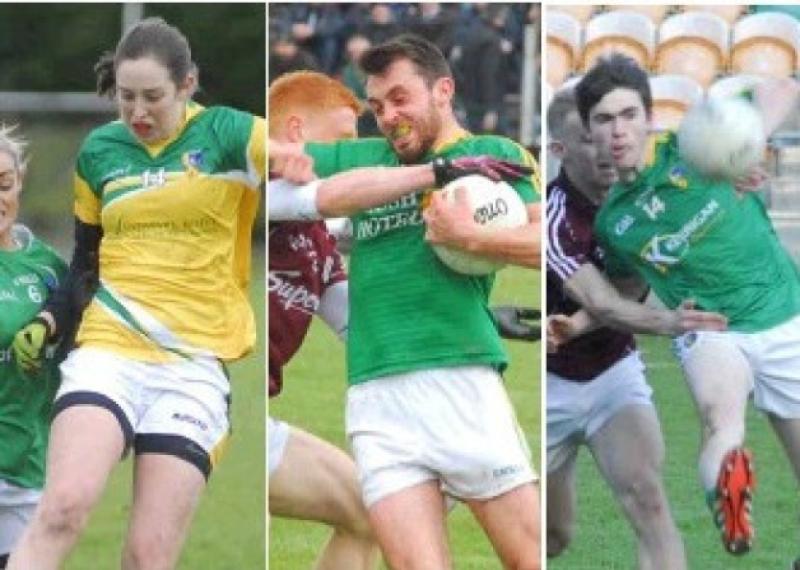 It’s make or break time for Leitrim next weekend with three crunch games for the county’s Senior Men and Ladies and Minor Men’s teams.

It’s make or break time for Leitrim next weekend with three crunch games for the county’s Senior Men and Ladies and Minor Men’s teams.

As the County Ladies put their Connacht title on the line against Roscommon on Sunday, the Senior and Minor Men’s teams both faced knock-out games that could define their seasons in what is a bumper weekend for the county.

The big game of the weekend is in Drogheda on Saturday evening when Shane Ward’s Senior team take on Louth in the first round of the All-Ireland Qualifiers (7 pm throw-in), the Green & Gold seeking their second win in 16 attempts.

And Leitrim manager Shane Ward has appealed to supporters to make the journey to Drogheda to support the Senior footballers against Louth - “It will be difficult for supporters with the Minor game but I’m sure a lot of fans will put plans in place to try and make both games but we would appreciate any support we can get in Drogheda.”

Earlier on Saturday, a highly regarded Minor team take on Connacht Minor League champions Sligo in the first round of the Connacht Minor Championship in Pairc Sean Mac Diarmada with a 4 pm throw-in with Roscommon awaiting the winners just a week later.

Sligo defeated Leitrim in the opening game of the Provincial League by the minimum margin before going on to defeat Mayo in the last game of the competition to claim the Minor League title.

And to complete the weekend, Leitrim Ladies won’t have too far to travel on Sundayas they take on Roscommon in Croghan at 2 pm in the Connacht Ladies Intermediate Championship series. The winners will meet Sligo in the Final after the Yeats women overcame Roscommon last Saturday in Markievicz Park.

In other GAA news, Leitrim’s neighbours Cavan and Roscommon will meet in the next round of the 2A Qualifiers in Breffni Park on Saturday, July 4, at 5 pm after the Rossies were sensationally defeated by Sligo last Saturday in the Connacht Championship Semi-Final.

Roscommon were hot favourites for the Markievicz Park clash but in the first major upset of the season, Division 3 Sligo produced a brilliant display to win 1-14 to 0-13 with Man of the Match Adrian Marren scoring 1-7.

It also led to some calls among Roscommon fans and pundits for the resignation of manager John Evans such was their disappointment.