New York will be going all out for victory 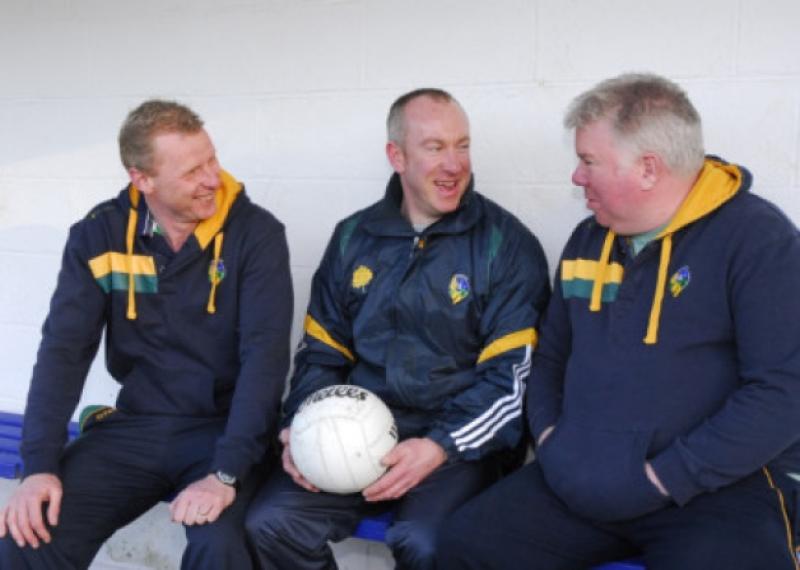 If there is one thing Leitrim football is never accused of, it is over-confidence and Brian Breen is certainly taking no chances when it comes to next Sunday’s Connacht Championship opener against New York, stressing the challenges that the Green & Gold will face in Gaelic Park.

If there is one thing Leitrim football is never accused of, it is over-confidence and Brian Breen is certainly taking no chances when it comes to next Sunday’s Connacht Championship opener against New York, stressing the challenges that the Green & Gold will face in Gaelic Park.

Since Breen and fellow joint manager George Dugdale have taken the reins of the Senior team, there has been an admirable lack of bluster or pre-match mind-games, the two former Connacht medal winners clearly setting out their vision for success in plain, unvarnished terms.

So it is no surprise that Breen is in no way under or over-playing the threat posed by the Exiles - “No more than last year with London, we’re going into the unknown. I’ve been there before in 2008 with Des Dolan and we have to prepare for the carnival atmosphere there is going to be there, players haven’t experienced that before.

“From the pitch itself being a synthetic pitch so the pace of the game is going to be different, we have prepared for that. The climate is going to be warmer than normal here but it is things like that you have got to adapt to. Obviously, only a handful of fellas have been there before, it is new ground for them, the whole euphoria of going over there, dealing with jet-lag, it requires a fair bit of caution.

“When you play Sligo or you play Roscommon, you know exactly what to prepare for. Next Sunday is different, it is challenging, something we hoping will turn out well. We’re going to be installed as favourites but we have to prepare a little bit differently than if it was Mayo or Galway or Sligo and Roscommon.”

It is something that might rankle the pride of Leitrim footballers but all who wear the Green & Gold know that New York and London regard their meeting with Leitrim as their best chance of a breakthrough, a fact that Barney is all too aware of - “London identified last year as their best chance in five years and they had us targeted big time.

“New York are doing the same, from what I gather, they are training quite hard, it is not as if they have gathered for the last few weeks and whoever turns up gets playing. They’re going to go all out, that this is their best chance of winning, they don’t care either, they just want that first win under their belt.”

For those who have never witnessed Gaelic Park on a championship day, it is something very different to a normal outing and the experience of Gary Reynolds, Barry Prior, Emlyn Mulligan and Ronan Gallagher from the 2008 panel is going to be vital for a Leitrim team unused to such a novel experience.

“It is important to block out everything else and remember that it is just a game that has to be won,” said Brian, “all the side-shows from when you walk into the pitch, you’re going to be greeted by guys with beers in their hand, the smell of a barbecue burning, ceili music coming from the bar. We’re going to have to let them know what to expect so that they can prepare for it.”

What everyone normally does focus on is the traditional physical approach of the home side, a facet of New York football that Brian is all too aware of - “Having played club football over there, that is what it is and sometimes not overly legal have the time too. Probably the standard of referees over there, you’d get away with it but we’re expecting a good hard physical team.

“But having said that, New York are changing in that they have a good few home-grown players. They are bringing a different breed of athletes, rather than fellows who are ploughing concrete all day and then head training that night. Then there are likes of ex-Monaghan footballer Rory Woods and he is going to be a handful for any man, he has a wealth of experience. Our own Eoin Ward from Carrigallen is playing with them as well.”

A first ever win in the Qualifiers last year and the FBD League Final victory over Sligo have raised expectations but all that is now firmly in the past - “When you look back on it last year, after losing so many players and getting a first win in the qualifiers, it was great but that is all gone now. We’re building on that and the expectations are a lot higher from ourselves and supporters.

“It is something we are still enjoying. We felt this year a realistic target was to get promotion, we didn’t get it but we weren’t a million miles away. It is an ongoing process and whether we are there next year or not, we’re not looking to that at all, it is next Sunday we are looking to.”

Neither is Brian getting side-tracked by thoughts of a Semi-Final against Sligo in Carrick - “We can’t afford to look beyond New York and we know that ourselves. If we get through that, we’ll focus on the Sligo game if that is what it is as we did last year with London.”

Yet even with all the necessary caution in the world, Leitrim will travel to New York with confidence - “We are confident, we know that if we can play to what we potentially can play, we should be able to win it without a shadow of a doubt.

“But if we don’t play to our potential, we won’t win it as we know from the League. We are working hard towards that, our build up is quite good. We are confident and I expect that if we put up the performance we know we are capable of, we’ll come out with a win.”