Manor not finished yet says O’Flaherty 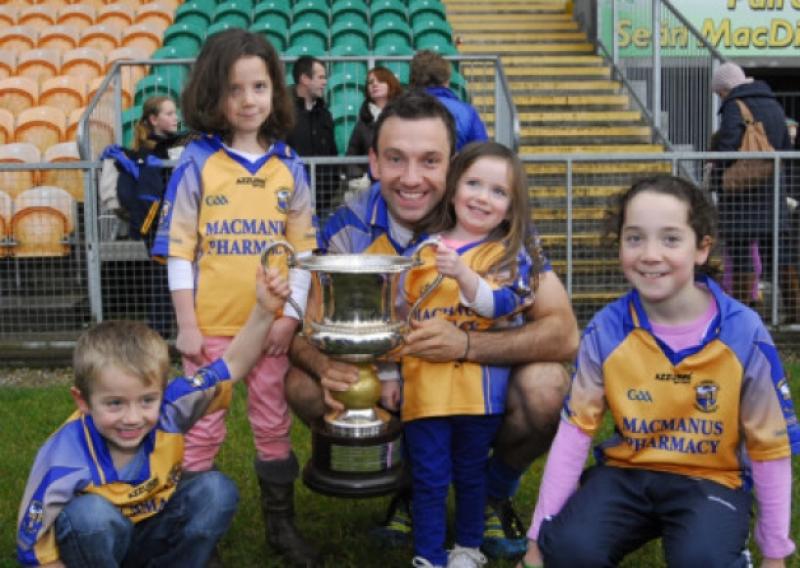 They haven’t gone away is the message from Glencar/Manorhamilton as they claimed a second Gallogly Catering Division One title in a row last Sunday.

They haven’t gone away is the message from Glencar/Manorhamilton as they claimed a second Gallogly Catering Division One title in a row last Sunday.

Glencar/Manor manager Fergal O’Flaherty stressed that the four in a row champions can regain their position as the top of the pile in Leitrim - “It is a good sign that the team can come back.

“I think in the championship, we were the better team on the day and there have been regrets about that but you can only rectify that on the pitch. Lads trained for the last three months since the championship and got their rewards.

“They finished the season on a high and it bodes well for next year. This team can keep going and win another championship.”

Yet Fergal admitted that he was a relieved man at the final whistle as he felt his team made it harder than it should have been - “We’re relieved more than anything, especially when we were leading by nine points at one stage and then it went pear-shaped.

Manor endured a torrid spell in the second half, a situation Fergal described as “a case of survival at that stage”.

“They had got the run on us and we had lost our shape, fitness came into it. We should have kept the game out of sight, if we had kept doing what we were doing, we would have won it comfortably.

“I suppose it was ten minutes of mayhem and another five minutes where we regained our composure and played a bit of football. The sending off affected the shape of the team as it is very hard to work the ball out and there was nowhere to kick it as they had an extra-man back.”

Fergal highlighted the contribution of Niall Brady and Adrian Croal - “Niall and Adrian both played exceptionally well, Niall came in this year and has been outstanding, a real talent and he is one for the present now but he is definitely one for the future if he keeps developing the way he is at the moment.”

Mohill joint manager Liam Higgins admitted his team did not capitalise on their good start - “We had the play but we probably didn’t capitalise enough on the scoreboard.

“Manorhamilton are a good team and when they get the chances, they put them away. We made a few unforced errors coming out of defence and they capitalised on them and that is what good teams do, they punish your errors,” said Liam.