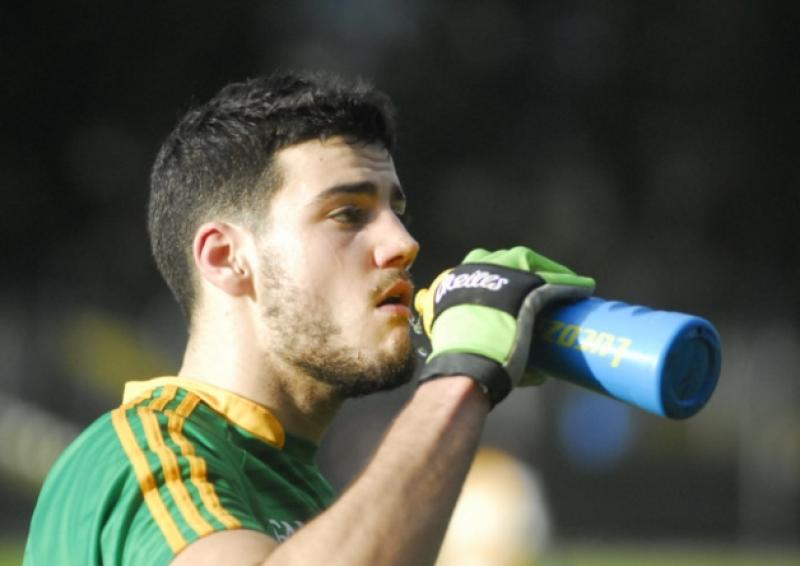 Leitrim maintained their unbeaten record in 2014 in Milltown Malby last Sunday but not without a gritty and defiant display against Clare in the second round of the Allianz League Division 4.

Leitrim maintained their unbeaten record in 2014 in Milltown Malby last Sunday but not without a gritty and defiant display against Clare in the second round of the Allianz League Division 4.

Emlyn Mulligan’s successful free nearly eight minutes into added time snatched a draw for a Leitrim team that hung onto the home team by their skin of their teeth, displaying a resilience and doggedness that will stand them in good stead for the remainder of the League.

Leitrim players were desperately disappointed with their performance and failure to win the game but from chatting with Leitrim supporters after the game, relief was the over-riding emotion as the point gained in west Clare may yet have a huge part to play in the League.

Emlyn Mulligan’s goal in the first half, brilliantly set up by a great catch and powerful run from Tomas Beirne, kept Leitrim in a game where the home side were controlling the tempo and using the wind to eek out a three point lead as halftime approach.

No more than Leitrim, Clare are built to play the short-passing game that is instinctively suited to facing the wind and the Munster men were, apart from a ten minute spell in the second half, the dominant side.

The goal, therefore, was an absolutely massive score and, as it turned out, the game saver for Leitrim as it got them back into contention and gave a flat looking Leitrim something to fight for during the second half.

Sean Hagan’s men enjoyed a real golden spell in the second half when three unanswered points put them two clear but Clare came roaring back before a dramatic, thrilling and nerve-wracking finale.

That finale was extended for eight minutes of added time when Damien Moran suffered a concussion but thankfully, the big Bornacoola man was given the all-clear in hospital and returned home with his team-mates on the bus.

Positive points for Hagan include Leitrim’s resilience while not playing particularly well - how much of that was down to the absence of Paul Brennan is hard to tell but the Melvin Gaels man was a huge miss.

Donal Wrynn also gave a great display, covering three key roles at times - started at corner-forward, the Fenagh man was also used extensively in defence and at the middle of the field and you’d have to say he was a major factor in all three, giving Sean Hagan a unique headache for the game’s head ahead of where exactly to play Wrynn!

Gary Reynolds was very solid, Kevin Conlan and Fergal Clancy worked their socks off and surprise sub Ray Cox scored an absolute peach of a free from the right corner.

Many of Leitrim’s players, however, found it difficult to impose themselves on the game and while you can claim they played poorly, you’d have to credit a very good Clare team for a lot of Leitrim’s troubles.

Gary Brennan was the outstanding figure at midfield, Michael O’Shea very effective at full-forward and half-back Martin Oige Murphy gave Wayne McKeon’s wing a torrid time during the game, most of Clare’s best moves going straight down that side of the field.

Emlyn Mulligan got the crucial goal and landed vital frees but he had a ferocious battle with Clare’s Martin McMahon who did a great job on minimising the Leitrim captain’s impact.

Tomas Beirne when he got the right supply caused Clare problems, even more so when Donal Wrynn was inside him but with two men back, the Munster side did a good job in restricting his impact.

A two-week break now awaits but when they look back on this game and the other results in the Division, this was definitely a point won rather than dropped.

Leitrim open the scoring when Aaron Hickey takes a quick free to point in the first minute. With Emlyn Mulligan hitting a wide and Clare’s Shane Hickey twice off target, it took a lovely point from the corner from Martin O’Leary to tie the scores on eight minutes.

Leitrim had a slight sniff of a goal when Fergal Clancy’s high ball was fisted goalwards by Tomas Beirne but the shot lacked real power and the keeper gathered easily.

The home side went in front with two points in the space of a minute, Gary Brennan converting a free and Sean Collins spinning well to score on 15 minutes.

Danny Beck was yellow carded for barging and a brilliant Shane Brennan score from the corner put a Clare side playing with the wind three points clear midway through the half. Emlyn Mulligan and O’Leary swapped frees before another placed ball, a great score into the wind, left two between the teams.

Sean Hagan made an unusually early change as Danny Beck was replaced by St. Mary’s Michael McWeeney as Clare missed two good chances and Leitrim made them pay when a long ball found Tomas Beirne out in front his man.

The Eslin man showed good strength to hold off his man and set up Emlyn Mulligan for an emphatic finish from ten yards on 30 minutes. Clare still had time to level the scores before the break, O’Leary pointing to leave the sides tied at 0-6 to 1-3 at the break.

Clare obviously got a good talking to at halftime as they came out with far more intent, Gary Brennan finishing off a great move after just 22 seconds with a fine point but they followed up with a wide.

However, Clare’s momentum was halted in its tracks when Damien Moran went down injured after getting a bang on his head. After an eight minute break for treatment to the Bornacoola man, play resumed with Shane Moran replacing the midfielder.

Cathal McCrann made a good catch under pressure from a Clare attacker and Donal Wrynn showed his verstility when good work from Mulligan and Beirne set up the Fenagh man for a point on 13 minutes.

Leitrim then enjoyed a purple patch with the Clare keeper doing well to divert a high ball out for a fifty, converted by Kevin Conlan while Mulligan put over yet another free.

Both teams had wides but Clare kept the gap at manageable level with Gary Brennan finishing a fine individual run with a fine point midway through the half.

Clare levelled again when Michael O’Shea drove a good shot over the bar on 27 minutes but with Clare driving forward time and again, Leitrim did well to hold out.

Luck, however, was on Leitrim’s side when Barry Prior, already on a yellow card, pulled down Clare sub Podge McMahon in what looked a definite black card offence as he went clear through.

Referee Damien Brazil chose not to censure the Aughawillan man in an almighty let-off given the final stages and Gary Brennan converted the free.

With the game now in the second of eight minutes of added time, Martin O’Leary finished off a good move to leave Leitrim two behind but sub Ray Cox scored a magnificent free from the 13 yard line in the right hand corner with more than five minutes left to play.

Mulligan put a long range effort short but the saving of the game came via an unusual source as Paddy Maguire was the man bursting through the cover, only to be brought down by Cathal O’Connor who was lucky just to receive a black card.

Emlyn Mulligan put over the free to secure a draw in the last 30 seconds of the eight minutes of added time.

There was still time for Leitrim to try and snatch a win but a lost ball meant that both sides had to be happy with a share of the spoils.