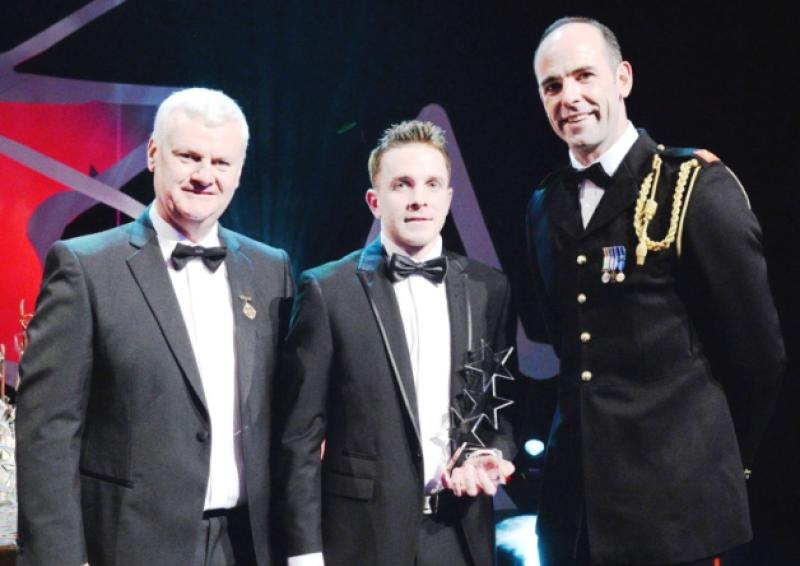 Leitrim hurlers Clement Cunniffe and Paul Earley were among the stars of the GAA honoured at last Friday’s Opel GAA GPA All-Stars Awards at the Convention Centre in Dublin.

Leitrim hurlers Clement Cunniffe and Paul Earley were among the stars of the GAA honoured at last Friday’s Opel GAA GPA All-Stars Awards at the Convention Centre in Dublin.

The Leitrim duo were selected on the Lory Meagher Champions 15 team and received their awards on a team dominated by Sligo and Fermanagh on a night when the great individual achievements of Gaelic football and hurling during 2015 were honoured.

Carrick-on-Shannon’s Cunniffe is among the most decorated of Leitrim hurlers and has lined out for the County hurlers for well over a decade and is recognised as one of the most influential players at the Lory Meagher grade.

For Paul Earley, the selection to the Lory Meagher Champions 15 is a testament to the work being done in the Ballinamore Hurling Club as Paul has become a key figure for the county hurling side along with his brothers Joe and Fergal and also won a first Senior title this year with Ballinamore. It is also an historic achievement for the Aughnasheelin GAA clubman who receive a first ever national hurling award.

Speaking at the awards, GAA President Aogan Ó Fearghail said: “These awards acknowledge the undoubted talent that exists at every level of inter-county hurling. It also serves as a reminder of the pursuit of excellence that runs right through these competitions from start to finish”.

“Like our Liam MacCarthy hurlers, some of whom will be honoured with All-Star awards on Friday evening, these players are the standard bearers in the teams and competitions in which they star.

“I congratulate all of the recipients and remind the winners of the importance of the role they play in the ongoing growth of hurling within their own counties and clubs.”

Lory Meagher champions Fermanagh have five players honoured and are led by Declan McGarry who scored an outstanding 2-3 in their final victory over Sligo. Sligo have four players recognised for their heroics, while hurlers from Warwickshire, Lancashire and Leitrim each have two players selected to complete this Champion 15.

The full Lory Meagher Champion 15 is: