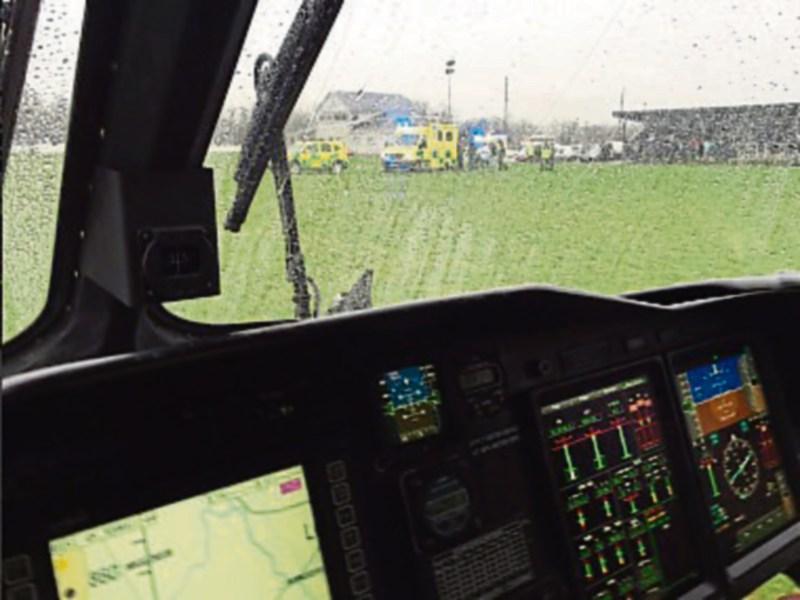 Leitrim’s Alan McTigue is recovering in hospital this evening after Allen Gaels footballer collapsed during a Hastings Cup U21 Shield game against Roscommon earlier on Saturday.

Leitrim GAA County Board officials confirmed to the Leitrim Observer that Alan, a son of well known Allen Gaels coach Mickey and Josephine McTigue, is recovering in University College Hospital in Galway tonight after his dramatic collapse at the U21 clash with Roscommon in Rathcline, Longford.

Leitrim GAA officials confirmed that a defibrillator was used on the pitch before Alan was transported by an Air Corp Helicopter to hospital in Galway and that he will be kept overnight for observation and further tests.

Officials paid tribute to the quick actions of the medical teams from both counties and Leitrim GAA County Board paid tribute to Rathcline GAA Club, Roscommon GAA, the Irish Air Corp and the National Ambulance Service for their care of the Drumshanbo footballer.

Alan, a winner of the County U16 player of the year award two years ago, collapsed during the first half of the game which was immediately abandoned as Roscommon were leading 0-7 to 0-5.

Joe Flynn tweeted “Fairplay 2 @leitrimgaa @RathclineGAA @roscommongaa performin heroics 2day. It was grt 2 c Alan sittin up after. Wishin him a speedy recovery” while Leitrim and Mohill footballer Ronan Kennedy also tweeted “Best wishes to Alan McTigue, wishing you a speedy recovery. A tragedy averted, well done to everyone there!”

Everyone associated with the Leitrim Observer would like to wish Alan a speedy recovery.