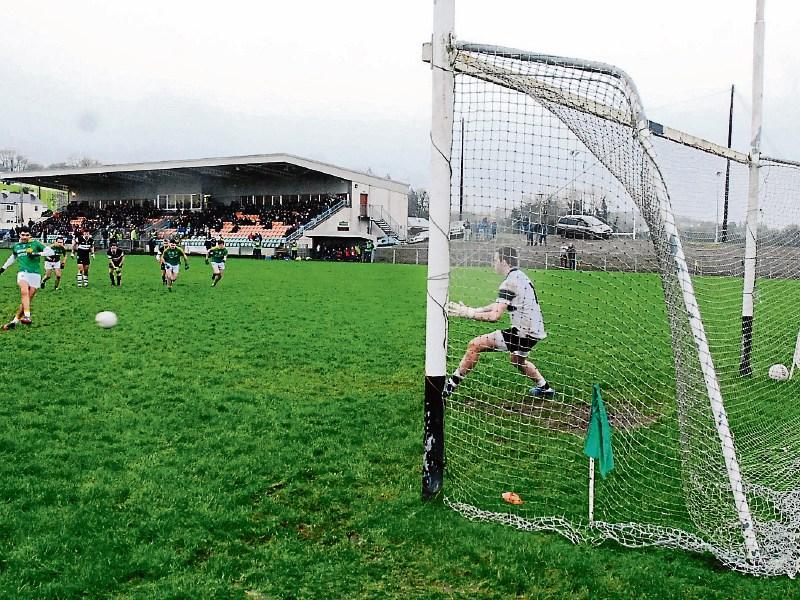 January football is rarely associated with classic encounters and that proved to be the case in Ballinamore but for Leitrim boss Shane Ward that would have been irrelevant as his charges registered a convincing win over neighbours Sligo in their final FBD League game.

For Leitrim and Sligo the game was more about fine-tuning and increasing sharpness ahead of the start of the National League campaign and it will be Leitrim who will be much the happier as they dominated from start to finish.

Brendan Flynn made his first start of the year for Leitrim after his involvement with DCU and although he conceded a late goal, he will be pleased his afternoon’s work. He was solid between the sticks and his kickouts were reliably delivered towards the towering figures of Donal Wrynn and Shane Moran and Moran’s replacement Darren Sweeney.

The back six were solid throughout and now in the second year of Shane Ward’s reign, there are signs the hard work on the training field is paying off with well organised and disciplined defending the order of the day. The fact that Sligo only registered 1-2 from play indicates that defensively Leitrim are going to be hard to beat.

Paddy Maguire is best known for his performances at corner-back but he excelled at wing-back, even in the face of some heavy challenges which left the Leitrim manager enraged and Sligo with a numerical disadvantage after Brendan Egan was dismissed in the 11th minute of the second half.

Kevin Conlan, deployed in a sweeper role, adds another dimension to the Leitrim defence. Although it could be argued Leitrim miss his creativity further up the pitch, his game intelligence means he seemingly effortlessly broke down numerous Sligo attacks and his vision and passing ability helped launch Leitrim on to the front foot.

Conlan was heavily involved in Leitrim’s first attack when he delivered an excellent pass to Ronan Kennedy but unfortunately, the Mohill man’s shot was deflected wide for a 45. Conlan took responsibility for the 45 but was unlucky to see his effort come back off the upright.

Moments later, wing-back Shane Quinn had a sight of goal but from a difficult angle, his shot failed to trouble Sligo goalkeeper Eoin McDonagh and hit the side netting.

The game was almost 11 minutes old before the deadlock was broken. Donal Wrynn drove forward and what was telling was the movement around him meaning the Sligo defence looked completely disorganised. Emlyn Mulligan, dropped deep from the full-forward position and, after receiving the pass, applied a composed finish to register the first point of the game.

Barely a minute later, the lead was doubled when Nevin O’Donnell converted a free but Sligo soon hit back with their opening score courtesy of their standout player, Niall Murphy.

Leitrim saw three successive efforts sail harmlessly wide before they re-established their two point advantage with Emlyn Mulligan converting a free after Adrian Croal was fouled by Brendan Egan for which he received a yellow card.

With nine minutes of the half remaining, Leitrim further extended their lead. A booming delivery from Donal Wrynn was knocked down by Mulligan and Ronan Kennedy was the quickest to react to the breaking ball and he duly pointed.

Leitrim were then dealt a blow when Shane Moran's interest in the game was brought to an end after he sustained an ankle injury but his replacement Darren Sweeney made an immediate impact when he scored a wonderful point from close to the touchline on the stand side of Pairc Sean Ui Eislin.

Sligo's Niall Murphy scored his and Sligo's second point when he converted a 45 but it was Leitrim who completed the first half scoring with a Mark Plunkett point to give the home side a 0-6 to 0-2 advantage.

As they had done a week earlier against Galway, Leitrim made a flying start to the second half. An Emlyn Mulligan free extended the lead after Adrian Croal was fouled and moments later Croal was on the receiving end of a fine pass from Mark Plunkett and he applied a well taken finish.

Sligo, who struggled for large parts of the game against a more fluid Leitrim side, opened their second half account when Niall Murphy converted a free after a foul on Pat Hughes.

Pleasingly from a Leitrim point of view, the response was instant. A long ball towards Ronan Kennedy was well claimed and he wasted no time in turning and shooting between the uprights.

Niall Murphy was doing his best to keep Sligo's hopes alive and he registered his and Sligo's fifth point when he converted another free.

Sligo's frustration was evidently growing and it was to get worse for the Yeats men when they were reduced to 14 men after Brendan Egan was given a black card and subsequently a red, having already been cautioned. His strike on Paddy Maguire brought a huge roar from the home crowd and he could have few complaints with the decision.

A further Murphy pointed free reduced the deficit to four but the game was becoming more disjoined as the Sligo challenge waned.

Emlyn Mulligan converted a penalty with seven minutes remaining after Ronan Kennedy was fouled and that goal was quickly followed by fine points from Croal and Mulligan.

In injury time, Sligo gave their supporters something to cheer about when Brian Egan fisted a delivery to the Leitrim goal and the scoring was completed when Eoin McHugh scored a late point but it proved to be little more than a consolation score.

There were a number of impressive performances from a Leitrim point of view but it has to be pointed out that Sligo were not as competitive as would have been expected. While it was a good afternoon's work from a Leitrim point of view, tougher challenges lie in store, starting on January 31 when they make the long journey to face Wexford in the opening round of the league.