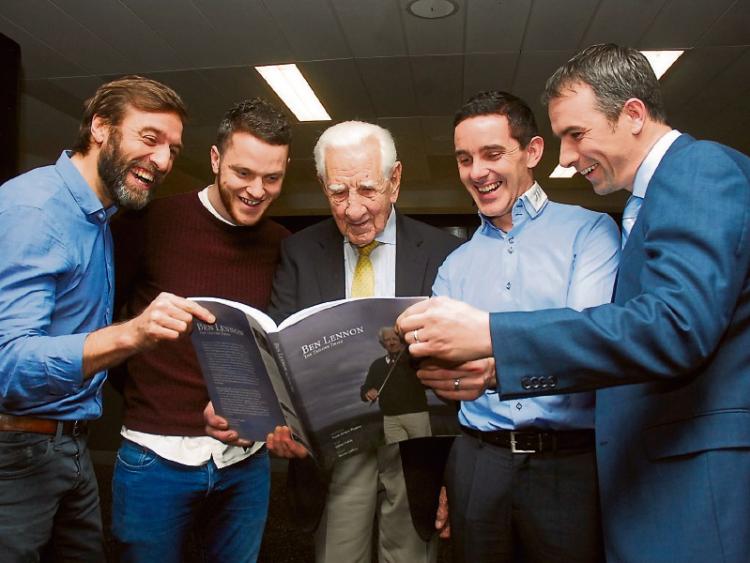 If there is a sense of building momentum in the Leitrim Senior team, it is evident in the words of Shane Ward as Leitrim open the 2016 Allianz League Division 4 campaign in New Ross next Sunday (2pm throw-in).

Wexford, Antrim and Louth are tipped as the favourites for promotion from the League’s basement division with Leitrim ranked as fourth. But Leitrim’s manager believes it is time for the Green & Gold to deliver and he states so in no uncertain terms.

“Now it is game time, now it is competition time and as I’ve told the players their apprenticeship is over, it is time to perform,” said Shane when asked what the ambitions were for his second campaign in charge of the County Senior team.

“Our targets are quite straight forward, it is promotion from Division four and competitive win in the Connacht Championship and that is just the starting point.

“Last year, our approach was bedding in the group. We were still very close to promotion, we had two draws and a nine point lead that was turned into a loss which were four points dropped which would have turned into promotion for us.

“There was nothing wrong with our approach but for too often and too long, I’ve watched where they’ve been very close and never got there. This year, our ambitions are to get there, like they are every year but this year, we will be going with real purpose.”

And Shane believes the new structures introduced over the past year will drive Leitrim on during 2016 - “Structure is very important for players to understand what their roles are on the field, I think it is a basic concept of coaching. At this level, football is very simple game, it is about getting those structures right and getting the players to play their utmost within that structure.

“I think last year, we tried 32 players and all of those players were in contention for a squad place at that time. This year, we’ve a much more settled squad, we’ve made seven additions and we’re operating off a panel about the 29, 30 mark which is really positive.

“All of the players that are in the squad apart from one, have been under our guidance for the last year or more which is very pleasing. Those guys understand very clearly what their roles on the field are and what they are asked to do.

“There is confidence in that the players can go and do jobs now.”

Wexford pose a serious threat to Leitrim’s promotion ambitions but Ward is fully appreciative of the size of the challenge facing his team - “Wexford are a different sort of challenge, a different south east team to what we are used to, we play Wicklow, Waterford, Carlow.

“I know Wexford are a well oiled machine and good footballers, they are on a similar project to ourselves, they’ve brought in a few older players as well, P.J. Banville and are integrating younger players into it.

“They won the Leinster Junior Championship last year and I know they’ll get a bounce from that and the younger players will be hungry for success in the National League.

“There is definitely a lot of quality teams there, we’re fourth in the pecking order of the odds for being promoted so it shows there is good competition there. Everyone in Division 4 has upped their game because they do realise that unless they do, they are going to be so far behind that it is going to be irretrievable.

“That was my ambition coming in last year, whether it was too soon coming in after only taking the U21s for one year but for ourselves, I thought if we left it for any longer, it would be irretrievable and I felt the need to go and make something happen.

“All other teams are doing something similar, I know Antrim have really upped the ante, lot of older players back this year, same as Wexford, same as Carlow who started that process last year, we noticed that last year they were really organised.

“It is not going to be easy, I wouldn’t say it was going to be any easier than it was over the last number of years but with those teams, we are certainly going to have to maintain our good progression if we are to stay alive in Division 4 and get promoted.”

Leitrim do have a few injury concerns with the likes of Gary Reynolds, Sean McWeeney & Ronan Gallagher yet to feature this year while Shane Moran suffered a serious injury against Sligo in the last FBD League game.

But the manager is confident of the resources at his disposal - “Shane got a bad ankle twist but thank god, no fractures. We’d be looking forward to getting him to return to play, we don’t know if the Wexford game is too early or not but we’ll be ambitious and go for it.

“We’ve assembled a squad that is well fit to play in a number of different positions and we have a number of good midfielders, Darren Sweeney has a wealth of experience and can fill that position, Donie Wrynn is going reasonably well and Mark Plunkett played a half against Sligo which is pleasing at 19-years of age.

“We have five senior guys who were starters last year missing due to injury and I think it alludes to the calendar which is one of the things that needs to be reformed. They’ve had long seasons, they haven’t done a lot of work on grass but they will be crucial to get back, they are very close and they will definitely give us a bounce.”

As for a prediction, Shane accepts Wexford will be focussed on starting the campaign with victory but insists Leitrim are not there to make up numbers - “Any team that has been relegated from division three to four wants to put the wrong right so to speak and they’ll be looking to go straight back up because they know if it doesn’t happen this year, it could linger on and they won’t want that.

“We won’t be feeling sorry for them or looking to help them out in any way, we have our own ambitions and our total focus for the last few weeks has been on Wexford.”