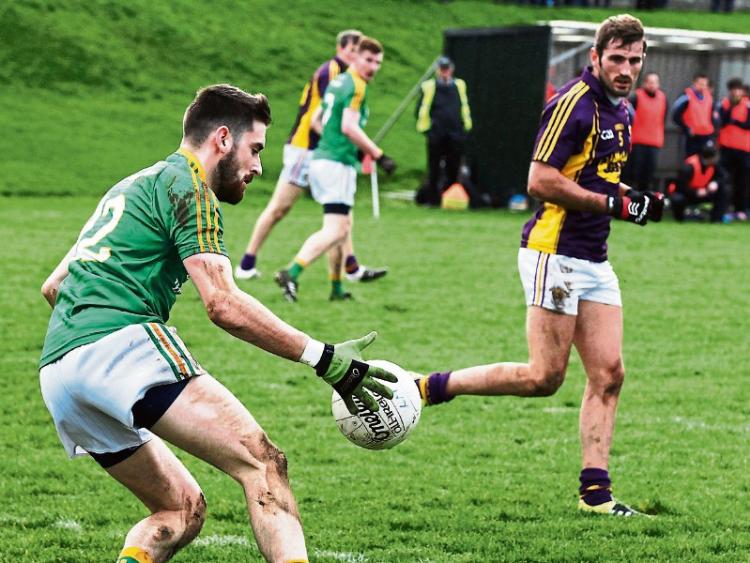 As if supporters didn’t know already, the results from the opening round of fixtures in the Allianz NFL Division 4 have illustrated just how tough it will be for Leitrim to secure much sought after promotion.

As they have found in recent years the race to secure promotion will be incredibly competitive but Shane Ward and his team will be also be aware that there is not a lot to separate many of the teams and it is likely that Leitrim’s promotion rivals will all take points off each other over the next seven rounds of games.

While Leitrim were left licking their wounds after a slender one point defeat at the hands of Wexford there were also wins for Antrim, Louth and Wicklow.

Last Sunday’s results are reflected in the odds for promotion to Division 3 as the opening day winners are, according to the bookies at least, in pole position for promotion at this early stage. Leitrim would seem to be considered outsiders to gain promotion but with six games still to be played Shane Ward's men still have their fate firmly in their own hands.

Favourites to top Division 4, Antrim, began their campaign with an impressive 1-12 to 0-10 win over Carlow in Netwatch Cullen Park.

The Saffron county will arguably feel the final outcome should have been more convincing as they led 1-12 to 0-7 with 55 minutes played but Carlow’s late rally gives an indication that they should not be underestimated.

With 25 minutes of the game played Carlow actually led by a point but there advantage was wiped out when Kevin Niblock struck for what would prove to be the game's only goal.

Both sides finished the game with 14 men when Carlow's Brendan Murphy and Antrim's Niall McKeever, were both issued with second yellow cards and given their marching orders.

Louth also got their campaign off to a winning start as they recorded a 2-9 to 0-9 win over London in a game played in Darver after the Drogheda venue was deemed unplayable.

Two early goals from Declan Byrne and Jim McEneaney helped Louth secure victory and similarly to Wexford, they will be hoping to make up for the pain of relegation last year and make an immediate return to Division 3. Despite the concession of those early goals London continued to make life difficult for the Wee county and could consider themselves unfortunate to trail 2-3 to 0-5 at the interval.

The deficit was reduced to three points in the second half with Lorcan Mulvey once again to the fore for London but that was as close as they could get to their hosts and ultimately Louth were able to see out the game relatively comfortably.

Of course Leitrim are only too well aware of the threat posed by London and will be conscious of the fact that the exiles will be expected to improve as the campaign continues and their match sharpness comes up to speed.

Leitrim’s next opponents, Wicklow, also got their campaign off to a winning start when they recorded a two point win over Waterford in Aughrim.

Waterford had the advantage of a strong wind at their backs in the opening half but were unable to have that advantage reflected on the scoreboard and only Patrick Hurney's goal separated the sides at the interval as Waterford led 1-4 to 0-4 at the break.

With the wind behind them in the second half Wicklow took the game to their opponents and outscored Waterford by eight points to one in the 25 minutes after the break.

John McGrath proved to be a deadly accurate from placed balls as he punished Waterford's defensive indiscipline while second half substitute Eddie Doyle also played a big part in Wicklow's second half performance.

Waterford refused to accept defeat without a fight and launched a fight back which ultimately fell just short as a late shot came back off the post and they slumped to a 0-13 to 1-8 defeat.