Time to get this relation with Leitrim back in black

Down 0-9 to 0-1 at the interval, I hoped that a significant wind was playing its part in the one-sided affair 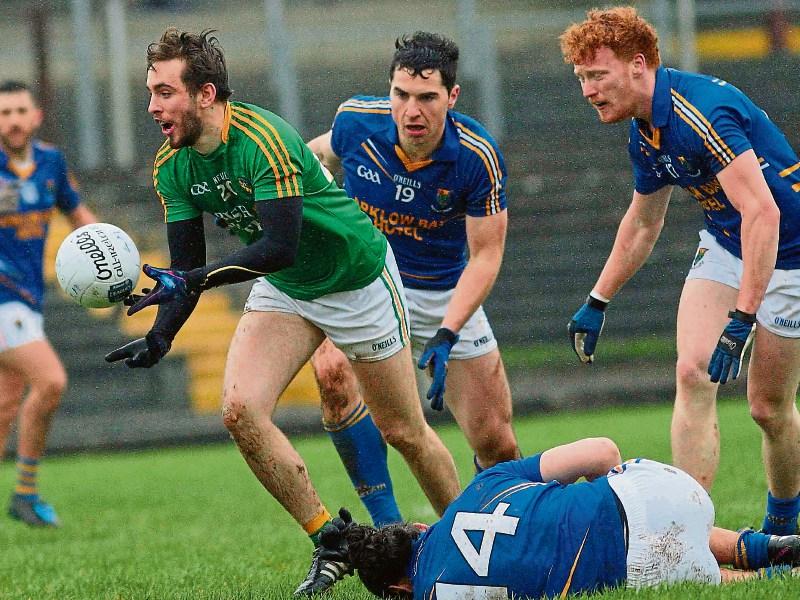 Sunday Sport’s first-half updates from Pairc Sean Mac Diarmada, while driving back to Dublin from Cork through Storm Imogen, started to increasingly reflect the weather outside – wildly depressing and gloomy with little sight of blue skies ahead.

Down 0-9 to 0-1 at the interval, I hoped that a significant wind was playing its part in the one-sided affair (RTE don’t allow for such meteorological details from Division 4 match updates). Regardless, it was going to be a major challenge to reverse that deficit. The wind doesn’t kick balls over bars.

I had already missed the Wexford game due to work (the reports that came from it were very promising). The presence of a Wicklow man in my office at work meant Sunday’s game was being hotly debated on a regular basis last week. He was confident of a repeat of last year’s result (when, quite incredibly, Wicklow also scored nine unanswered points to win); I reminded him of the Garden County’s last visit to Carrick and Leitrim’s first qualifier victory.

By half-time (0-9 to 0-1) we were passing the famous Horse & Jockey outside Thurles and my Déise girl and I decided it was a good time to grab some grub. I had emptied whatever bile was in my stomach, spitting it at the radio with every update that came through.

The fact that the Ireland v Wales game was about to kick-off had no influence whatsoever on the timing on my decision. Anyway, I was well in the black after a relaxing day, night, and morning in Fota Island hotel and spa.

That’s the great thing about not playing any more. When you’re in the red from working four weekends out of five and your new wife is in danger of becoming a weekend widow you can do something about it.

When you were playing four weekends on the trot you were most likely training on the fifth so the only thing you could do was to sit in the red until October and hope that the overdraft was never called in before then. There is a direct correlation between playing inter-county football and belated matrimonial occurrences.

The bar/restaurant was packed with punters – a mixture of those who probably come every Sunday for their lunch and were wondering why it was so busy and those in there purely for the rugby and a sup. The crowd was augmented by the members of a local club who had just played a challenge match.

I could only catch a corner of the screen from my vantage point so we settled for a couple of quick starters so as to get us on the road again as soon as possible. I’d rather listen to the game than watch it in those conditions. Anyway, I wasn’t about to get any updates on the Division 4 games from Ryle Nugent.

They take their food seriously in that part of the world. We stopped into a wee family café/restaurant in Urlingford on the way down on Saturday afternoon. All 1970s furniture and friendly staff. The radio was out of tune, though, and when I brought it to our waitress’ attention she just said, “I know” in a resigned manner. I guess for some an out of tune radio is better than silence.

Anyway the only other customers were seated next to us, a father, two daughters, and a son. I heard the son, the youngest at about 10 years-old, remark on tasting his father’s mashed potatoes: “I had no idea the spuds were so good here,” as he looked disappointingly at his lasagne.

They had good crack and banter throughout the meal, and when it came to ordering dessert the lad declared he wanted a bowl of the mashed spuds. His father couldn’t have looked more proud. Out it came, steaming hot, and as he dug in he said to his older sisters (enjoying their Black Forest gateaux) “I bet ye wish ye ordered the spuds for dessert too.” We never will really understand woman, will we? It’s depressing.

Speaking of which, consecutive one-point defeats is about as depressing a start to a league campaign that Leitrim could have wished for in 2016. Melvin Gaels started the 2015 season with four consecutive defeats. Some of them heavy. We didn’t panic. We kept to the plan, tweaking it from the lessons learned. Then came a draw. Then a win. Then four more. We turned it around.

The correct use of every available moment during the three-week break until the Antrim match on February 28 will be crucial. The areas to work on during that period will be easy to identify, more challenging to implement. A bit like a relationship. But the only way to get there is to work on it, together. We’ll be back in black in no time.