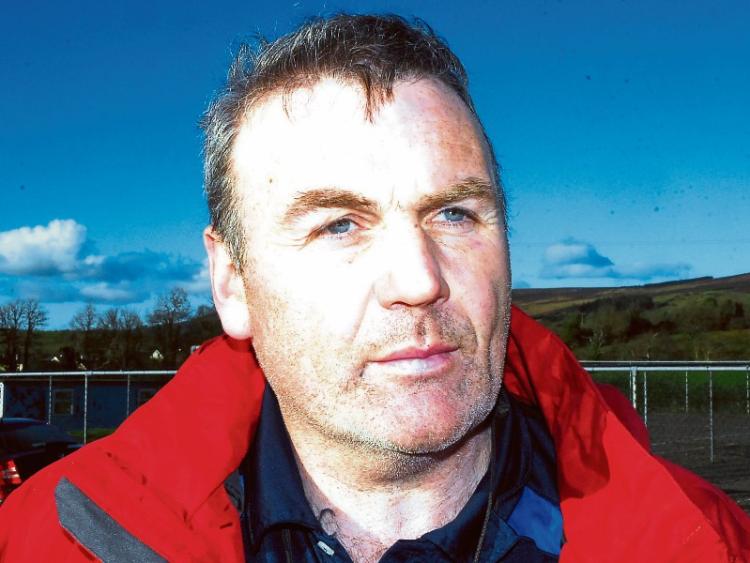 Having seen his side slump to a 10 point defeat at the hands of Roscommon, Leitrim manager Pat Costello struggled to comprehend how the team had failed to reach the standards they set themselves a week earlier.

Speaking after full-time, Pat gave his assessment of the Leitrim display and acknowledged it was a below par showing insisting it was a day he would like to forget.

While disappointed with his own teams showing, Pat acknowledged Roscommon had performed well and thoroughly deserved their victory - “It took us a long time to settle and they moved the ball very quickly into the corners. Their off the shoulder movement was very good. It was just one of those days, the first touch was poor , our shot selection was poor, our passing was poor. It was one of those days I’d like to forget about fairly fast.”

Although eager not to make excuses , Pat stressed it is still early in the year and his players will have to learn to cope with the tactic teams will deploy in order to lessen the impact of Aine Tighe.

“There are a lot of new players on board and they are finding it hard to put passes through when players are double marked. You have to give that a bit more time to work on it but still there were passes there that didn’t go through when we weren’t double marked and that is something we have to look at as well.”

Looking for positives, it was put to Pat that the outcome could have been different had it not been for the role played by Roscommon goalkeeper Rachel Timothy and the intervention of the woodwork.

“She is a good goalie and her kickouts are very good,” he stated before continuing, “It’s early days but we are very disappointed with the level of intensity that we brought to the game. There are a lot of concerns. Even when they did come off the crossbar we were still asleep. We weren’t fast enough to pick up the breaks.”

Although it was a heavy defeat Pat still found some positives from the performance - “There is still plenty to play for, loads of games to pick up on yet and they will learn a lot from that. You just have to take it on the chin and address them in the coming weeks and work on them.

“There were a lot of positives as well. Claire Owens did a great job in her sweeping role, Emma Guckian was very good again today but after the good performance last week you would wonder how they would go so bad in a week. It’s a wake-up call.”