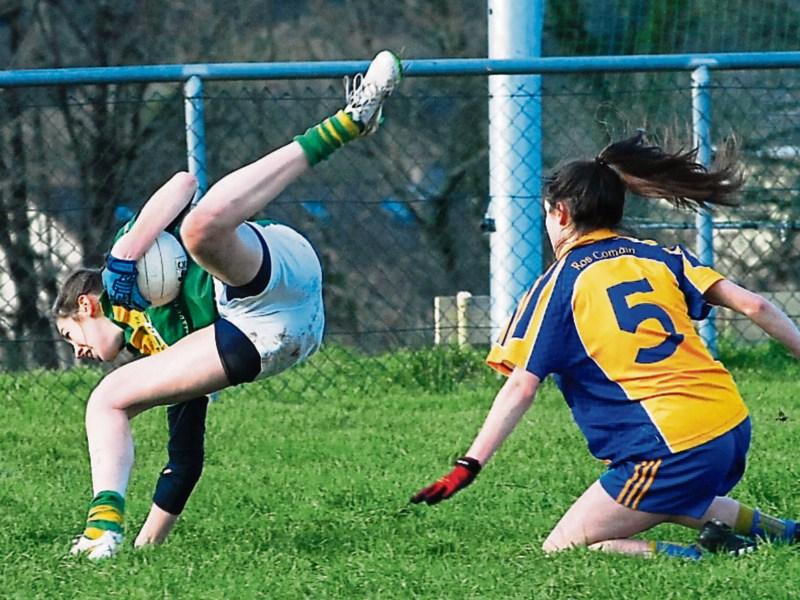 The Leitrim Ladies suffered their first loss of the year on Sunday last when they were beaten by 10 points by Roscommon in Ballyfarnon.

After an encouraging opening day victory over Down hopes were high that Leitrim would be able to repeat that performance in their second outing against local rivals Roscommon.

However, Roscommon proved to be a much tougher proposition and a goal within three minutes of the ball being thrown in indicated it would be a tough afternoon for Leitrim.

Although they rallied well and briefly took the lead after Aine Tighe scored a seventh minute goal, there could be few complaints with the final outcome. In fact that goal proved to be Leitrim's final score from play and they managed just one point in the second half.

Particularly disappointing for Leitrim was their struggles up front where they were over reliant on Aine Tighe who scored all of Leitrim's 1-5.

Speaking after the game Leitrim manager Pat Costello expressed his frustration saying, “It was just one of those days, the first touch was poor, our shot selection was poor, our passing was poor.

“It was one of those days I’d like to forget about fairly fast.”