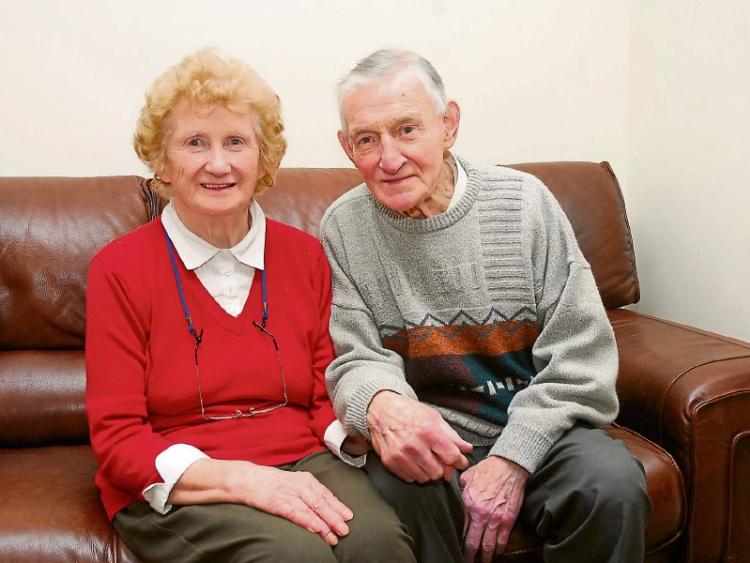 In an age of instant, and often fleeting, fame and wall to wall coverage of gaelic games, it speaks volumes of his status that the name Pakie McGarty stands apart in the annals of Leitrim GAA.

The only Leitrim man to make the Connacht Team of the Millennium and judged by many as one of the greatest footballers never to win an All-Ireland, the name Pakie McGarty resonates with fans all over the country, the majority of whom never even saw him in full flight!

Even now, almost 40 years after he last donned a jersey, Pakie’s iconic status is undiminished, the Leitrim Sport Stars Hall of Fame Award the most recent evidence that he remains Leitrim’s greatest and best loved sporting hero.

Trouble is, the one man who doesn’t subscribe to the legend of Pakie McGarty is none other than the man himself as Pakie downplays at every opportunity his role in an unprecedented era for Leitrim football in the 1950s and 1960s.

When the Observer visited Pakie at his home, the first question of what it felt like to win the Hall of Fame Award yielded the reply “I thought they had forgotten about me at this stage. I saw Minors going up there to collect awards, I’ll be 83 in April and those lads weren’t even born when I was long finished playing!”

Nothing illustrated the respect among his peers than the standing ovation he received when he went up to collect his Leitrim Team of the Millennium Award back in 2000, a room full of Leitrim greats rising as one to acknowledge the greatest amongst them.

And one image stood out above all - 1994 All-Star Seamus Quinn, a Connacht medal winner, queuing to get Pakie McGarty's autograph.

You ask what it was about him that inspires such reverence and it’s seems to be a mystery to Pakie - “I don’t know, it is one of those things, we had a middling team in ‘58. Look, we didn’t achieve anything, we did alright, we competed anyway.”

1958 - a year that conjures up images for Leitrim folk of the one that got away. It is the story of a thunderbolt shot from Columba Cryan that crashed off the crossbar and rebound, according to legend, almost halfway out the field such was it’s power.

It is the legend of a jersey ripped to shreds by a Galway defence that had no answer to a mercurial Leitrim star that almost single-handedly beat them on the day.

Simply, it is the story of Pakie McGarty!

It is a legend that Pakie doesn’t buy into himself, stressing the quality in the Galway ranks - “We were playing a great Galway team at that stage, Galway won the All-Ireland in 1956.

“They should have won it in 57 and Dublin beat them in the semi-final in 58, Galway could have won three All-Irelands in that period, I think that was a great Galway team, that’s the way it goes.

“I knew that Galway team well,” recalls Pakie, rattling off the Galway team as if it was yesterday he faced them on the field in St. Coman’s Park Roscommon, “They won the All-Ireland in 56, it was a delayed All-Ireland because there was an outbreak of polio in Cork.

“Stockwell and Purcell in the one forward line, they were two dangerous boys.”

Still, there is no doubt there is huge regret in Pakie over 1958 and the words start to flow - “I wouldn’t mind, we beat all the other counties, we beat Roscommon, we beat Mayo but we couldn’t get Galway, Galway were always that little bit. In 58, I thought we were the closest, that was a great match, it could have went either way.

“At halftime, it was 2-4 for Galway, we were six points and we pulled them back. There was a point in it and I went on a solo, Flynn came out, cut across and stuck it in the net and we were 1-10 and Galway were 2-7, it was a draw.

“That was the time it was up and down and there came a kickout and I thought I was fouled for the kickout, I thought I was pushed and we should have had a free but Enda Colleran went down the field and got a point. It was anybody’s game at that stage, it was a good game, a great match.”

The great regret comes with Columba Cryan’s ferocious shot that rattled the woodwork in a huge let-off for Galway as Pakie jumps up to describe the action, the living room in Dublin transformed into St. Coman’s Park.

“He shook the net, I wouldn’t mind I was running in like that,” said Pakie hands out-stretched, “from centre-forward, waiting just to get the pass. Columba Cryan was coming at full-speed and it was a blaster of a shot.

“The trouble was, it was a hot day and the sun was in his eyes and Columba hadn’t the sight in one eye. I was positive it was a goal, I was positive, I was ‘this is in the net’ but it was the wrong side of the net.”

The enduring legend is that McGarty’s jersey ended that day in strips, ripped to pieces by a tormented Galway defence with Jack Mahon judged by fans as the main culprit but Pakie is having none of it.

Reluctant to even discuss it at first and full of respect for Mahon, Pakie says - “I suppose you do anything within the rules of the game, you played by the rules and they weren’t any rules. It was bad enough but look, that is the way it goes.

“We had our chances to win that match, there is no use in blaming, your ifs and buts and everything, but you got your chance,” says Pakie, ending the discussion once and for all.