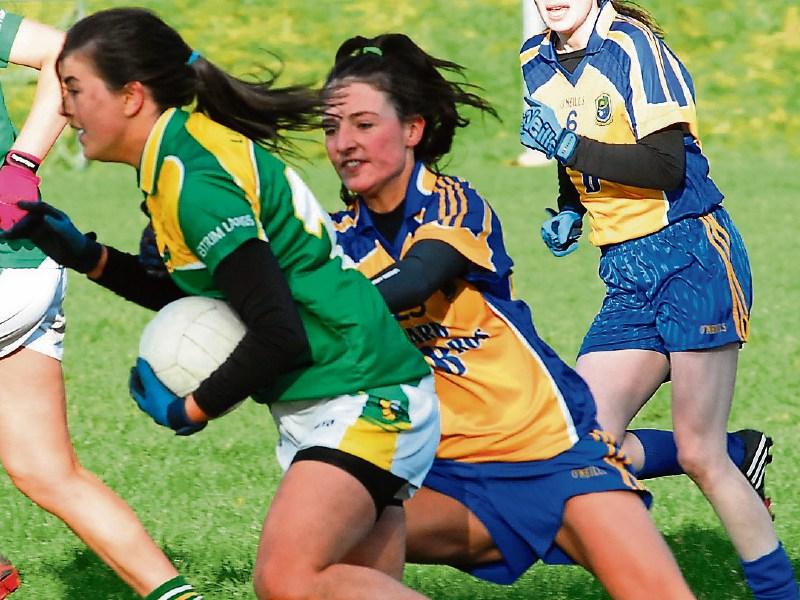 Leitrim actually led 2-3 to 1-5 at the halftime break after goals from Emma Guckian and Aine Tighe gave them a one point lead at the break but Pat Costello’s side could only manage one further score, a goal from Tighe, as All-Ireland Intermediate champions scored 3-8 to claim a comprehensive win.

The victory maintains Waterford’s 100% start to the campaign but leaves Leitrim six point adrift of the semi-final places with Roscommon, Wexford and Tipperary all on nine points.

Leitrim do have a game in hand over the teams ahead of them but they also face Wexford and Tipperary in their final two games. The Green & Gold Ladies play Offaly at home next weekend with the postponed game against Fermanagh yet to be played.

Leitrim were without a number of first choice players and only had 18 players on duty in Ardmore, a situation that hardly helped their chances against the Division leaders.

Played in excellent conditions in the well-appointed Ardmore, Waterford were first out of the blocks but registered two wides in as many minutes and Leitrim actually opened the scoring with a point from captain Áine Tighe from a free in the third minute.

This lead was short-lived however as a great Waterford passing movement resulted in Maria Delahunty giving keeper Michelle Guckian no chance. Delahunty added a point before Ailbhe Clancy cut the deficit with a well taken point in the 12th minute.

Maria Delahunty and Sinead Ryan, free, added to the Déise tally before Leitrim struck back with a vengeance with a great goal from Emma Guckian to leave a point between the teams.

Maria Delahunty settled the Waterford nerves with a brace of points in the 23rd and 26th minutes before Áine Tighe converted a penalty to level matters and Róisín Fowley scored a point just on half time to leave the Westerners ahead by the minimum at halftime on a score-line Leitrim 2-3 Waterford 1-5.

Playing with the wind in the second half, Waterford opened in whirlwind fashion with four unanswered points in as many minutes from Aileen Wall, Maria Delahunty, Sinead Ryan and Linda Wall.

Waterford were rampant and it took a wonderful save from Michelle Guckian to deny Aileen Wall a goal. The goal did arrive after eight minutes when the Murray sisters combined and a pass from Emma led to a Katie goal.

Not to be outdone, the Wall sisters got in on the act - a beautiful foot pass from Mairead was taken by Aileen who quickly off-loaded it to Linda who duly put it over the bar to leave seven points between the teams. Aoife Landers pointed in the 16th minute and this was followed by a wonderful goal from Liz Devine in the 21st minute.

Waterford’s defence got a wake-up call in the 24th minute when Áine Tighe got her second and Leitrim’s third goal but this was cancelled out in the 27th minute when Aileen Wall rattled the net.