Leo McAlinden was Pakie's hero and the man he copied 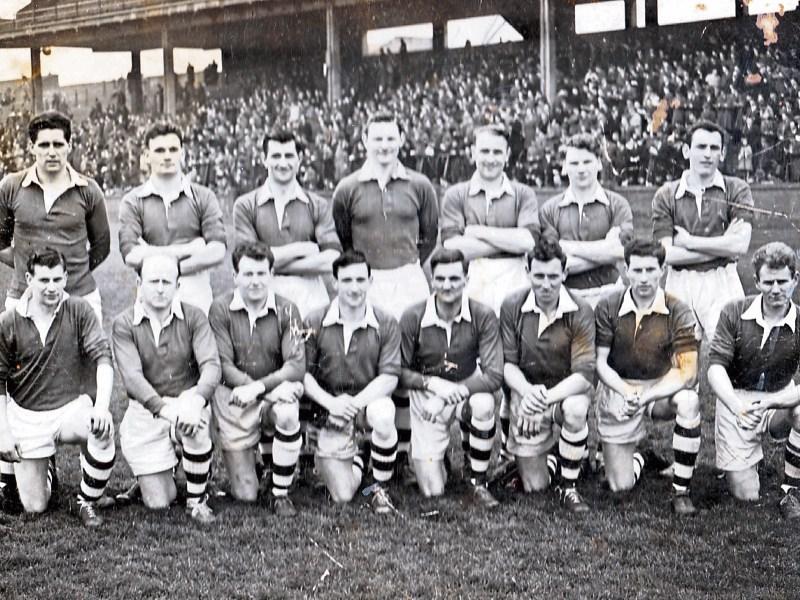 It is an intriguing question - who does the man regarded as the best ever Leitrim footballer regard as the best he ever saw in the Green & Gold of his native county.

For a man who played with Cathal Flynn, Mickey Martin and Paddy Dolan and witnessed Leitrim’s 1994 team, not to mention Leitrim’s two All-Stars Mickey and Seamus Quinn as well as the likes of Ben Wrynn, Tony Hayden, Noel Blessing and so many more great Leitrim footballers, it is a tough and loaded question.

But for Pakie McGarty, it is a very simple answer - “The best Leitrim footballer I have ever seen was the man I copied all my life - Leo McAlinden. He was an Armagh man, he married a McGarry woman from Cloone and he came to Mohill as a bank clerk. I thought he was the man and Tony Hayden and Cathal Flynn thought the same as well.

“I used to follow the ball for Leo, he’d come over to the park and kick it from fifty yards, both left and right, over the bar.”

The elegant McAlinden, also a member of the Leitrim Team of the Millennium, was Pakie’s hero as he grew up as a young child in Mohill during the 1940s and it was a hero worship forged in McAlinden’s very first outing for Mohill in a Junior game against Cloone.

“Jim Gannon knew him from playing with the Ulster colleges, Mohill only had a Junior team and were playing Cloone and he was only 18 at the time. Looking at him in his clothes, you wouldn’t give anything for him but he togged out a fine man.”

Pakie's account of how McAlinden got to play midfield that day was hilarious as nobody in Mohill knew what a gem they had on their hands.

“We were playing Cloone Juniors and Cloone had a great Senior team at that time. They were lining out the team, put a gasun in full-back, Willie, my brother, was there and that was his place. Willie says to Jim Gannon, 'that young buck you have with you, is he any good, does he play football?'

'Will we stick him in at corner-forward?

“McAlinden just spoke up ‘I like to play in the middle of the field’.

“Willie was hesitant. He started your man in the middle of the field and he was soloing with the ball, left and right, and there were fellows running into each other.

“Everyone was saying ‘did you see the magic man’, nobody had seen these solo runs, they called him the ‘magic man’. There was two fellas went for him and they were going to kill him and they were carried off. He used to walk by them, show them the ball and go by them.

“After the match, he was staying in Mrs Kelly’s in Mohill and he had a small case, he was very neatly dressed and I got the case to bring back to Mrs Kelly’s. Well, I was the proudest man in town walking with this case.”

It wasn’t just his skill on the field that endeared McAlinden to the young McGarty, his sportsmanship was a trait Pakie highly regards - “I used to idolise him. I played on him when I was playing for Eslin against Cloone and if you beat him, he used to just tap you on the back ‘well done son’ - what a man.”

McAlinden's sportsmanship didn't always go down well according to Pakie - “Dessie Kiernan saved a penalty off him in Ballinamore and he shook hands with him and Cloone people could have hit him.”

Off the field, McAlinden was held in the highest regard and anyone who heard his speech on the night of the Leitrim Team of the Millennium Dinner Dance in the year 2000 was left in no doubt of the man’s ability, an ability that Pakie revered.

“He was a great sportsman and a great man to speak,” recalls Pakie, “I went to a couple of County Board meetings just to hear him talk, he’d put you in mind of Mickey Harte.”

And Pakie tells a tale of a time when he was nominated to oppose McAlinden for the job of Central Council delegate, a nomination Pakie was quick to quash - “He was delegate to the Central Council and Leitrim, well they weren’t agreeing with him at the County Board.

“Didn’t they put me against him for delegate to the Central Council. I’m working in Dublin, I don’t know anything that is going on and next thing Leo rung me and he says ‘Pakie, I see you’re going against me’ and I said 'What are you talking about’. He says 'for the Central Council’ and I said ‘I am not, that is the first I heard about it, that’s news to me’ and he said 'I guessed that'.

“I said 'don’t worry Leo'. I never wrote a letter before but by Jesus, I jumped and I went and got a pen and wrote to the Leitrim County Board and I said 'If we were as well represented on the football field as we are at Central Council Board level, we’d have nothing to worry about’.

“Next thing I read the paper about the Central Council meeting and it said ‘The only bright spark at Congress was Leo McAlinden speaking’ and I said wasn’t I justified now.”

Looking back, Pakie believes he & McAlinden should have won an All-Ireland Junior title in 1952 - “It was a pity he was gone by 58 but he was on team that got to the All-Ireland Junior Final in '52. I was about 18 or 19, Leo played full-back. That was a great Leitrim team, we were beaten by Meath but we were definitely over-trained. We beat Cork who were in the Senior All-Ireland Semi-Final that year, we beat a lot of senior teams in challenges. I remember that team well and there is only three of us left now.”

With that, Pakie rattles off the names of the team - “Poocher Gordon was in goals. Right full-back, they dropped Paddy McCrann for that final and they brought in Fr Jimmy McKeon, Leo McAlinden and a man that died there recently, Ciaran Shanley, he was a priest. The half-back line was Joe Bohan, he died recently in America, Aloysius Blessing was left-half, Aloysius is still alive, he is a brother of Noel’s, and there was Tony Hayden.

“In the centre of the field was Reilly & Quinn, in the half-forward line was Brian Sweeney, Paddy Curran and Eddie Rowley, they are all dead. The full-forward line was Eugene Bohan, dead recently, he was a teacher in Portarlington, Columba Cryan and myself.”