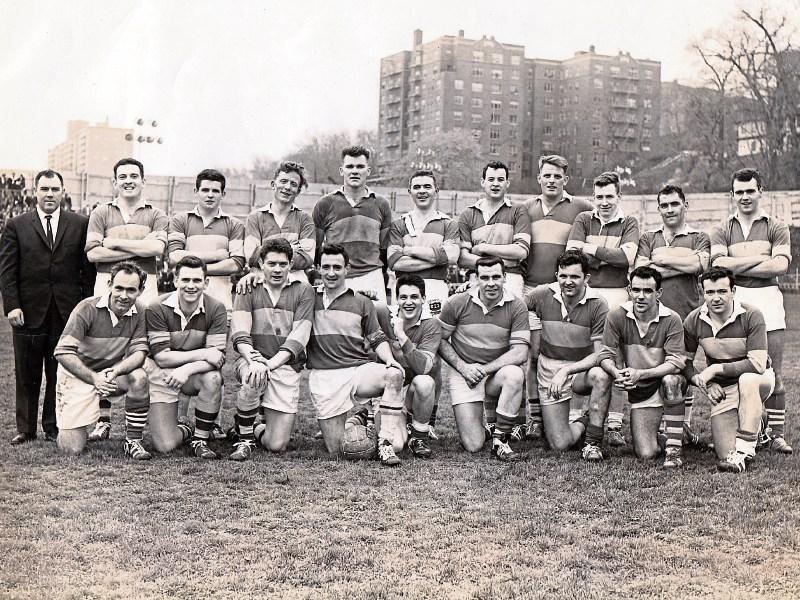 In an era of Hell’s Kitchen and uncompromising defending, the tactics used to stop skillful footballers were crude to say the least. And it is fair to say that Pakie McGarty was the target of quite a lot of rough-houseand unsavoury tactics.

But it is not something that Pakie himself indulged in as a player - “Thanks be to God, I think I could go to any county in Ireland that I played against and nothing could be said to you. When the match is over, you shake hands and say good luck to you - if you don’t dirty your bid.”

The verbal abuse and “sledging” that is becoming more and more prominent in the game today was at a much lower scale back in Pakie’s own day, not that he passed much heed on - “The fellow who comes down and tells you I’m going to kill, well good luck to you, have a go at it. Sure if he plays within the rules of the game, you’d have him bet.

“I wouldn’t mind fellas like that, he is only a braggart. I’d come out the field, catch the ball and dummy him and that was it.”

The sledging of today’s game doesn’t impress him either - “There was a fellow I was disgusted with him, he was a good footballer but he goes down in my estimation anyway and that corner-back that played for Tyrone, he won three All-Irelands, McMenamin, he was mouthing into fellows and telling this or that.”

Yet there is no doubt that Pakie suffered some awful abuse on the field and one particular incident when he was playing in London almost caused him to give up the game - “I got a very bad blow in England, the fella that done it was a blackguard and I nearly gave up football after that.

“We were playing St. Mary’s and there were an awful lot of Kerrymen on it. There was a fella on it who was known as a chucker out, you hear all these things afterwards. I was only going over there, I happened to be playing well and I was going on a solo run.

“Mickey Costello of Galway was on my left and as my man was coming to me, I just dummied him and I was just about to pass the ball to Mickey Costello and he came out and struck me there (showing side of face).

“I had the jersey off me and they were trying to stop the blood. I got I don’t know how many stitches there and stitches on the inside of my mouth and I nearly lost the sight in my eye. They kept me to 11 O’clock that night in the hospital and he wasn’t even put off, they were afraid of him all.”

Strangely, that match in London was the only time his wife Ella asked him not to take to the field as she was expecting their first child - “ I wouldn’t mind it was the only day the wife said to me ‘I’d prefer if you didn’t go out today’.

“We were expected our first child, she said ‘I don’t feel that well today’, she always encouraged me to go out. Willie, my brother, came down and he said you’re alright, we have to win this championship, you can go to hospital with Ella any day.”