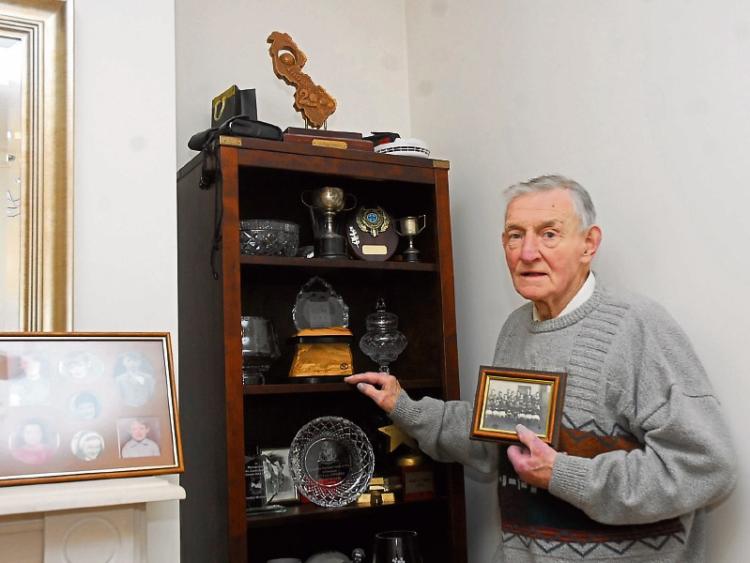 You’d often wonder what Pakie McGarty might have achieved on the football fields had he been born in a bigger county. But it is not a question that bothers the Leitrim
legend.

Over the course of two fascinating interviews in the Observer (see pages 82 & 83), Pakie gave an insight into some of Leitrim’s greatest games, players he admired and the state of football today.

But it is a simple question of whether he was ever tempted to trade in the Green & Gold for another county that provides the answer that illuminates Pakie’s love for Leitrim.

“I had pride in the jersey,” said Pakie as if the notion that he would don the colours of any other county is preposterous, “Wherever you are born, that’s it, it is the luck of the draw.”

It didn’t stop Dublin from trying to get Pakie, playing his club football in Dublin with Sean McDermotts, to switch and an approach was quietly made - “I remember a Dublin selector coming to me and he said ‘would you ever come’ and I said ‘I am where I am, that’s it’.

It speaks volumes for Pakie’s reputation that Dublin considered a motion for the Mohill native - remember this was at a time when St. Vincent’s dominated the Dublin team.

“You have to hand it to Vincent’s, they beat the pick of Ireland. They were very hard to play, hey were all on the county team.

“I played on a team with Sean McDermotts in a County Final against St. Vincent’s and we had the top scorers in Ireland playing with us on the day. We had Cathal Flynn, Kevin Sweeney from Fermanagh who was a great man to take frees and we had Kevin Behan who won an All-Ireland with Louth and they were the forwards and Vincent’s still won.

“Kevin Heffernan was very strict, I can tell you that. I remember a sub on that team, Bernard Donohue, telling me by god if you went against Heffernan, if he said it, that’s it and if you didn’t do it.

“I give credit where credit is due. I used to die laughing, they’d be criticising Dublin but we were all making a living in Dublin.”

Pakie, who also spent time in London where he played with Taras, played a lot of his football in Dublin - “When we grew up, there was no work and you went to Dublin or England. Four boys, one girl and mammy and daddy, seven of us.

“Everyone else was just the same, you go down to the narrow gauge in Mohill and it was nothing but men going away.

l l See pages 82-93 of this week's Observer for more of our fascinating interview from Pakie McGarty.