Club is the only local representative in award-winning project 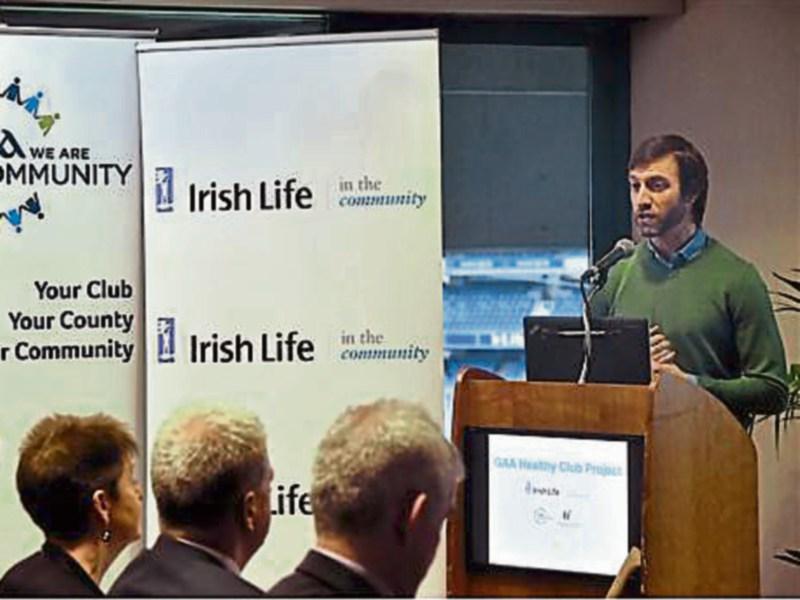 Melvin Gaels is hosting a special meeting in Kinlough Community Centre on Friday, March 18, from 8pm-9pm to ensure that everyone in the community has a say in its involvement in the innovative GAA Healthy Clubs project.

The club is Leitrim’s only representative in the award winning national project which now involves at least one club in each county and 60 across the country in total. The project aims to support the health of club members and their wider community, whether that is physical, emotional, or social health. The Melvin Gaels club wants to use the opportunity to bring together all the groups in the parish that are interested or active in the health space to put Leitrim’s northern outpost on the map as a community that really cares.

The project falls under the auspices of the Community and Health section in Croke Park, which is managed by former Leitrim footballer Colin Regan, who is also the Melvin Gaels’ Club Health & Wellbeing Officer.

“North Leitrim is one of the most under-served areas in the country and has been decimated by emigration and the withdrawal of many community-based services.

“Yet there remains a great resilience and social cohesion amongst the local populations of Ballintrillick, Tullaghan, Kinlough, Glenade and Rossinver, and all the townlands in between,” explains Regan. The club is the only entity unites all these areas, yet countless other local community groups and projects are active in each locale. By working together, and by offering new people an opportunity to get involved in something that they feel a part of, then we feel it could benefit everyone in the region.”

“A small meeting of interested people took place in Kinlough Community Centre on Saturday afternoon, February 27, at which almost 30 local community groups, individuals, and statutory agencies were identified that are already playing their part in supporting the health of the local population. It was decided to invite all these to a special meeting in Kinlough Community Centre at 8pm on March 18. However, anyone who feels that they would like to have an input is very welcome to attend.

“We want to use this meeting to identify what is already happening in the area. From there we can identify where gaps exist – be that opportunities for older members of our communities to socialise together due to a lack of transport, or exercise opportunities catered specifically for middle aged men or teenage girls, for example.

“It will also give us an idea how we can link up services in each of the areas, promote them collectively, and, perhaps, down the line, even promote joint funding applications to grow services in the area. We will, or course, look to drawn on the local knowledge and expertise of those working in primary care, schools, and the Leitrim Sports Partnership,” Regan continued.

As the only Leitrim club to apply for Phase 2, Melvin Gaels was automatically selected to participate. Club secretary Mary Rooney and former county star and current referee Gareth Foley, represented the club in Croke Park on Saturday, February 20, at a national Healthy Clubs training day. Phase 2, which will run for approximately 18 months, and remains a learning experience for all involved.

“This is not about Melvin Gaels,” explains club chairperson Dessie Sheridan. “In fact, we know that some people tend not to get involved in events that they believe are purely for the club. We want this to bring everyone together and I encourage all interested people to come along on Friday, March 18, from 8pm-9pm. Just give one hour of your time to have your say about what can we do for the good of our community and we’ll have a good discussion over a cup of tea.”

The Healthy Clubs project is a key element of the GAA’s growing work in the area of wellbeing. It involves a unique public-private partnership involving the Irish health sector (Health Service Executive/National Office for Suicide Prevention) and Irish Life, whose Corporate Social Responsibility (CSR) investment has made Phase 2 possible. For more details www.melvingaels.com , or its Facebook, and Twitter accounts or go to www.gaa.ie/community to find out more about the Healthy Clubs project in general.