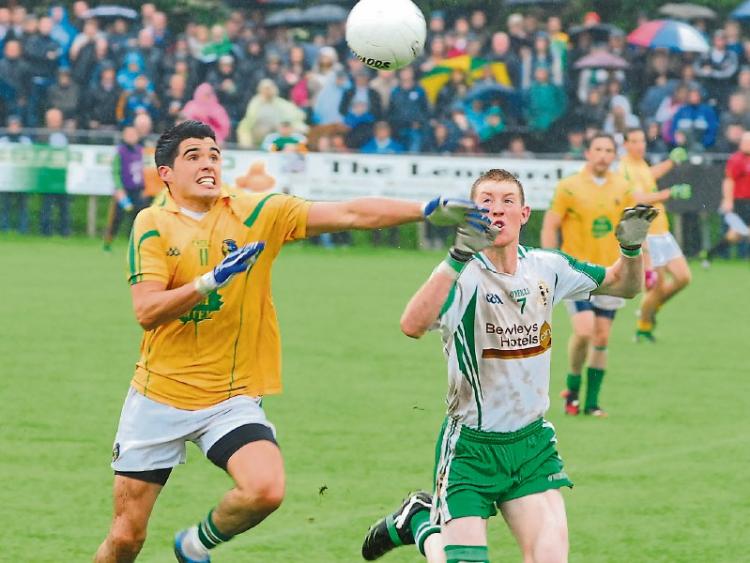 I had hoped to make the trip to London this weekend as supporter, but life got in the way. I was eager to experience the occasion from the other side of the fence.

As a player, for years the trip was a regular undertaking. I never lost to London, so there was a workmanlike pleasure in getting the job done. But it was usually a stressful trip – think trains, planes and automobiles with Michael McGuinness providing the welcome comical interludes instead of John Candy.

Yet the lowest ebb was in 2007 when our league encounter was called off just as we were about to leave the dressing room for our warm-up. The pitch, clearly waterlogged, was never going to be playable. Unfortunately, the referee only flew in that morning too.

I was livid – I was editor of the Leitrim Post at the time and every weekend minute was precious as our skeletal staff attempted to meet our printing deadline on a Monday night. I spent the entire trip home on the laptop taking my anger out on the keyboard. It was an occasion that caused me to truly question ‘is this worth it?’

It’s funny how things turn around and that same year we had one of those nights in the Crown Plaza hotel following our championship win over the Exiles; the team finally got to let off some steam together amongst friends old and new – it helped to balance out the frustrations.

London had been building form in the league and quite a few people fancied their chances against us. When RTE dispatched Marty Morrissey to capture us departing from Dublin airport, join us on the flight, and prepare a package from the game, I knew, one journalist to another, that he smelled a story. It wasn’t the one he was looking for in the end, although he would have heard a few in the Crowne’s bar that night!

Sunday will be another big day for Leitrim emigrants in London. I’ve been corresponding with Glenfarne native Gerry Keany these past few weeks and he has been filling me in on the county’s long-standing links with GAA in the city.

The Tara GAA club, founded in the 1930s, had strong Leitrim connections from the start and still has strong ties to this day with Aughavas man Sean Faughnan its current Treasurer and Prionnsias Redican from Fenagh the life President. Prionnsias has been involved with the club since the 1960s, holding every position possible.

Leitrim legend Packie McGarty, and his brother Willie, lined out for the Tara's in the 1950s and ‘60s. Tara had glorious years in 1995 and 2003 when they captured the London Senior Football Championships after a number of barren years.

Tara GFC isn't the only club to benefit from Leitrim's emigration with Gortletteragh's Sean Clarke being a huge asset as a player and official with St Mary’s while I have written in the past about my brother Barbour and John Wrynn featuring prominently in Tir Chonaill Gaels in the 1980s.

As Gerry recalls: “One of the last few games I played for Glenfarne before coming to London was against Melvin Gaels where Barbour was marking me. A few months later when the Tara’s played Tir Chonaill Gaels imagine my surprise when he was marking me again. A wag of a brother said “them Kinlough bucks, if they're told to mark a man they’ll follow him wherever he goes!”

More recently, Ballinamore's Barney Breen managed the Tir Chonaill Gaels senior football team to the league and championship double in 2014 and 2015. Numerous Leitrim men have donned the London county jersey over the years including Mohill's Frank Keegan and his brother  Gerry, the Harte brothers Joe and Sean from Cloone, and Joe Darcy from Glencar -Manorhamilton to name but a few.

As Gerry points out, a separate article needs to be written on the contribution of Leitrim people to Ladies Football in London with the Redican sisters, Siobhan, Fiona and Grainne prominent. Among those Leitrim Ladies on London's successful 2008 All Ireland Junior team were Kiltubrid's Linda Tighe and Naomi Lee.

As ever, this Sunday our exiled brethren will give the Leitrim team and travelling supporters (friends and family members amongst them) a warm welcome. Just don’t’ ask them who they are supporting.