Leitrim shoot the lights out 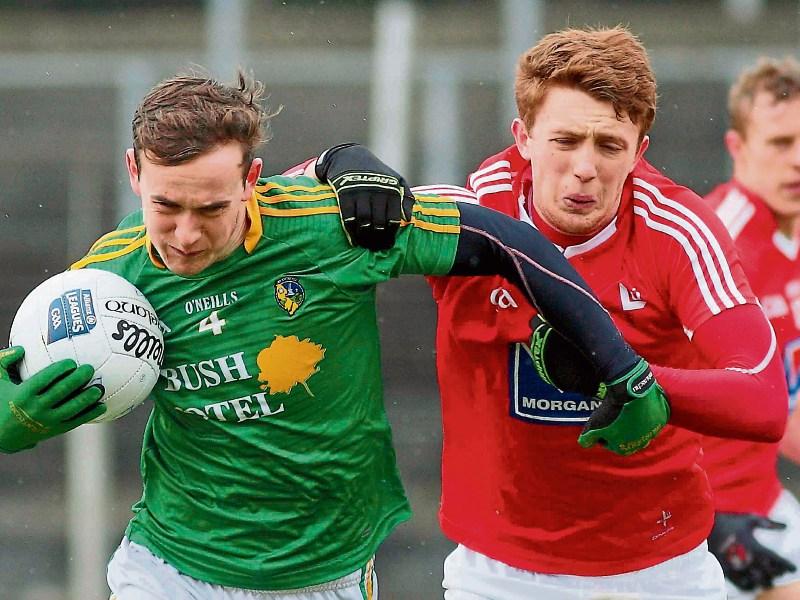 Leitrim's first win of the 2016 Allianz League was pleasing but more impressive was the manner in which Leitrim achieved it, putting on a fantastic display of free-flowing football.

That Leitrim had to rely on three missed Louth frees in added time, a disallowed goal for the visitors and a controversial decision from the referee to seal the victory does not take away from a performance that was, for 50 minutes, a definite step in the right direction.

Eight points from play in the first half and some wonderful attacking football ensured a deserved win but Leitrim nevertheless made very hard work of it, almost gifting what looked like a complacent Louth a way back into the game.

Leitrim hit eight wides in the first half and a spurned a succession of good chances in the second half as the final scoreline does little justice to the quality of Leitrim's display.

Yet, in all honesty we could be talking about a missed opportunity as Leitrim benefited from a truly baffling refereeing decision in the dying seconds of the game when keeper Brendan Flynn body-checked a Louth player chasing the ball in full view of the referee and everyone in Pairc Sean.

With fans groaning and expecting a whistle for a nailed on free, referee Niall McKenna let play continue and Louth were denied what would have been, at worst, a 14 yard free straight in front of the posts. It was an incredible rush of blood to the head and Leitrim were blessed the referee chose to ignore it.

Perhaps it was karma for Flynn, involved in the late free controversy against Wexford, but it was impossible to argue with any Louth fan that a definite match-drawing free was missed by the referee. Flynn, like his team, did a lot that was excellent and it would have been a travesty had Leitrim not won but they came perilously close to it.

Moving Kevin Conlan further up the field meant a more fluid attack while James Rooney's energy along with the imperious Paddy Maguire kept a defence that creaked alarmingly in the contest.

The full-back line gave up a lot of chances and Flynn made a fantastic save to deny Louth a goal early in the second half. But the best protection the defence got was simply from not letting Louth get the ball.

Much of that was down to midfield duo Shane Moran and Donal Wrynn who gave a great display and the hard tackling of the lines on either side of the forty. And of course, the attack was in fantastic form with their movement and finishing really, really top notch.

Mulligan, Kennedy & Croal scored some wonderful points but they must still look at some bad misses that would have truly reflected how good Leitrim were last Sunday.

Leitrim opened impressively with points from Kevin Conlan (free) & Adrian Croal but six minutes in, Louth wiped out the lead when a long Jim McEneaney free found Ryan Burns in behind the cover and he drilled low to the net.

Instead of collapsing, it was Leitrim who drove on, the Green & Gold going straight from the kick-out down the field to Emlyn Mulligan who floated over a lovely point.

But Leitrim were flying as Mulligan pointed from the corner and then he and Kennedy added frees for a 0-11 to 1-4 halftime lead. The fact that the lead was just four points after a half of complete dominance was a worry as Leitrim hit eight wides and dropped four more short.

It looked as if Leitrim would pay the price when Louth goaled on two minutes, half-back Derek Maguire combining on a run with Burns, his shot benefiting from a big deflection to find the net.

Crucially, Leitrim hit four unanswered points in response, three frees from Mulligan, a couple of a very soft variety, and a Ronan Kennedy score that should have been under the bar as he broke through the cover.

Leitrim had an escape when Gerard McSorley's shot was saved by the outstretched leg of Brendan Flynn. Burns pulled back a point but Donal Wrynn got on the end of a great move to point on 52 minutes - incredibly that was Leitrim’s last score of the game.

Louth fought-back - Burns put over a soft enough free, McSorley thumped a massive effort over the bar but their hopes took a major blow when McEneaney was black carded.

Leitrim fared no better as Micheal McWeeney received his marching orders with a second yellow card before Louth had a James Califf goal disallowed for touching the ball on the ground.

Burns converted a free and sub Kevin McLaughlin pointed to leave just one in it with more than two minutes of normal time remaining. Louth put on huge pressure but their accuracy deserted them as Burns put two frees wide and missed a chance from play as Louth’s efforts at rescuing a point were in vain.

Colin Kelly’s side should have got a draw when Leitrim keeper Brendan Flynn cynically body-checked a Louth attacker chasing after the ball but referee Niall McKenna didn’t award the free in an incredible let-off for Leitrim.