Scoreline not a true reflection of the game 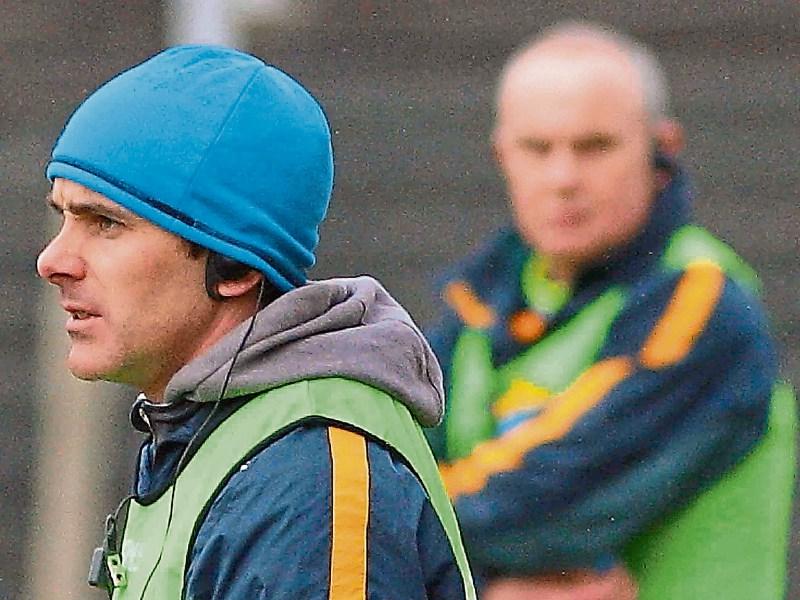 It was a mixture of relief and delight for Shane Ward as Leitrim recorded their first win of the Allianz League campaign, downing the undefeated Louth last Sunday.

Asked what his emotions were in those final moments as Louth missed three frees, Shane said “I don’t think the scoreline was a true reflection of the game, I think we deserved to win that game by three or four points.

“When you’re in a game where you want to win the two points so badly, it becomes a bit helter skelter because you don’t want to be on the end of a one point loss. I’m happy but none the less, there are parts of the game you can improve on, definitely but large parts of that game, we controlled and looked very composed which was very pleasing.”

The introduction of James Rooney as the defensive sweeper and moving Kevin Conlan to an advanced forward position saw Leitrim's attack click as they hit eight points from play in the first half and Shane revealed that the new approach was dictated by the opposition.

Yet Shane admitted that lady luck shone on Leitrim as referee Niall McKenna missed a late infringement from keeper Brendan Flynn but the manager felt that maybe fate was balancing the scales.

“It’s funny, three games ago in Wexford, he didn’t get away with something he should have. I said to the guys you make your own luck and those guys deserved to win that game and that is why the luck runs with them.

Leitrim’s defence struggled at times against Louth but Shane felt the overall balance of the team contributed to the victory - “The two Louth guys upfront were two good inter-county forwards, Ryan Burns had an excellent game and we were completely aware of that.

“We changed our approach slightly, they got two goals, one goal we’re not too happy with, one goal was a fantastic finish and we have to give credit where credit is due. Nonetheless, we kicked 16 scores.

“When you are dictated to by the opposition, you have to take your scores that come and our guys put ferocious pace on the ball today, moved the ball extremely well, inter-changed up top really well and kicked scores from play.

“Last week we did that but the opposition conceded a lot of frees that meant we scored a lot from dead balls. Look, it is the opposition, it is the game, it is the circumstances but as long as you are scoring, you’re in with a chance of winning the games.”

And as always, Shane sees room for improvement with a fade out for the last quarter worrying - “We spoke about that at halftime. We put in a big shift the first 45, 50 minutes but again, it was a case of working the ball into the finishing men and we didn’t do it, that is where our decision making comes into play.

“I thought we did that in the first half. We got on the ball. It is a very simple game, we tend to complicate it a lot by doing very silly things on the field. Just making bad decisions when there is no pressure on.”