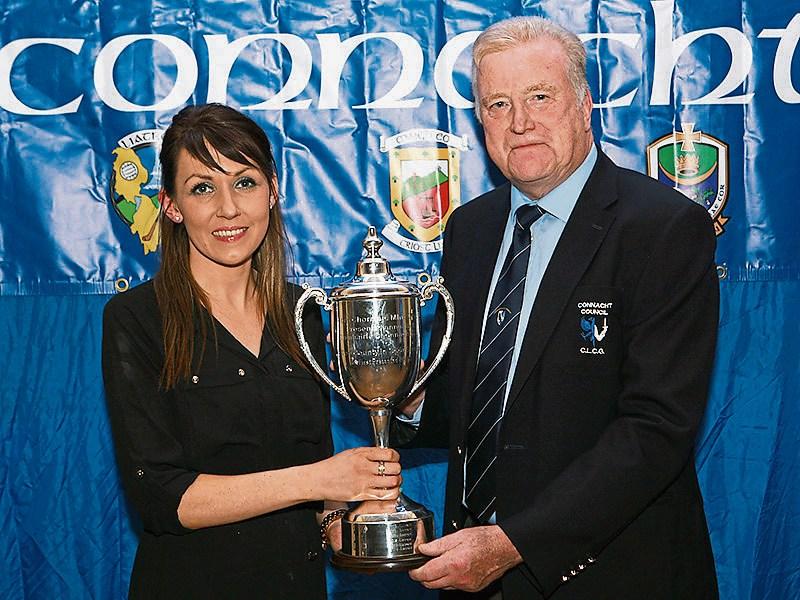 For Laura Crossan, it was an extra special and extra busy evening in Lecarrow as she won the Recitation title and was also a member of the three St. Mary's teams who won Connacht titles.

The Carrick club will now travel to the All-Ireland Finals in the INEC Killarney on April 2, hopeful of claiming at least one All-Ireland title.

On the field of play, Leitrim claimed an expected victory over London in Ruislip but not without a mini-scare as the Exiles scored a goal early in the game to take a two point lead.

However, an unanswered 1-8 from Shane Ward's team, capped by a Kevin Conlan goal, was enough to wrap up a second League win for the Green & Gold.

However, the limelight firmly belongs with the County's hurlers who came from behind to beat Sligo and keep their hopes of promotion alive in the Allianz League Division 3B. Trailing early on, Leitrim dominated the second half and stormed to a 3-15 to 2-13 victory.

Leitrim now face Fermanagh next Sunday in Pairc Sean Mac Diarmada with the winner earning a place in the League Final on Easter Saturday. All four teams in the division are level on two points so victory in all that is needed to book a place in the final.

Leitrim's Minor Boys and Ladies teams both had days to forget against Galway opposition last Saturday. The Minor lads lost 1-21 to 0-8 in Tuam while the Ladies suffered an eye-watering 13-19 to 1-4 loss to the Tribeswomen.

Next Saturday, attention turns to the first championship outing of the year when Leitrim U21s take on Mayo in the Connacht Championship Semi-Final in Pairc Sean Mac Diarmada.