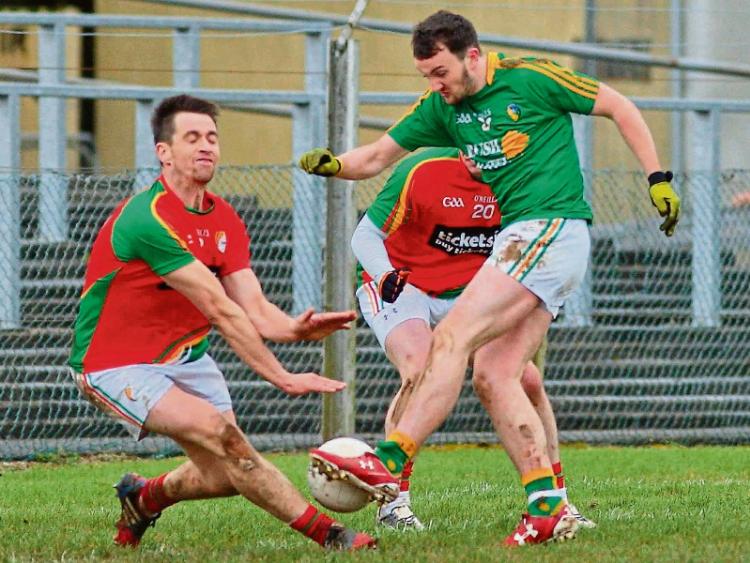 Manager Turlough O’Brien quite openly admitted he was surprised his Carlow team had dominated Saturday’s Allianz League Division 4 so comprehensively.

“I was expecting a tougher game to be honest with you,” a candid O’Brien told the Observer, “We dominated the game, we were comfortable winners really. There is a lot of good footballers there.”

Like Leitrim, Carlow may be out of the promotion hunt but O’Brien felt his team needed a big performance - “We needed a win today, we were disappointed with our performance against Louth at home, ironically we play better away from home than in Carlow.

“For the last number of years, Leitrim have had the upper hand on Carlow big time, they beat us comfortably in the last three years so it was good today.

“You could say there was nothing at stake but there was for Carlow, there was plenty at stake for us. We needed that win to keep our heads focused for the championship coming up.

“We met during the week and said we’re not happy to go out and play the way we did against Louth, it was a shocking performance, a lot of unforced errors against Louth and I thought we eliminated them today.

It wasn’t all rosy for Carlow as O’Brien admitted he was very disappointed by the poor supporter turnout from his county after his players had endured a lot of criticism locally after the loss to Louth - “People get on your back when you have a loss or two, they don’t get behind you.

“I’d be very disappointed with the reaction in Carlow, from our supporters after the loss to Louth really. I didn’t see too many of them here today to cheer them on in Carrick-on-Shannon and put in a massive effort, a massive performance.”