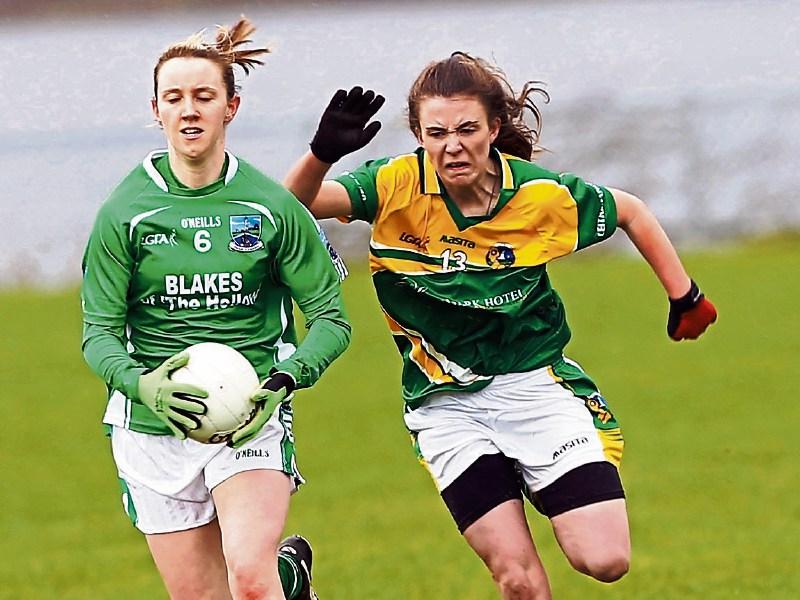 Leitrim have set up a make or break clash with Wexford after they comfortably saw off Fermanagh last Sunday in the Lidl Ladies NFL Division 3.

Last Sunday's game was a rearranged fixture after the original game fell victim to the weather in early February and it leaves Leitrim level with Wexford on nine points ahead of a meeting with the Leinster women next Sunday.

Victory in Sunday's game will almost certainly guarantee the victors a place in the League semi-finals with Leitrim facing Tipperary in their last game while Wexford take on Offaly.

Tipperary also face Roscommon next weekend and with both teams on 12 points, it means a Leitrim win will catapult Leitrim into the playoff positions with a game in hand.

Pat Costello’s team will feel that they are building momentum but Wexford beat Roscommon fairly comfortably, 1-14 to 1-6, and their only defeats, both four point losses, came at the hands of Waterford, 1-17 to 3-7, and Tipperary, 1-7 to 0-6.

Playing with the wind, Bronagh Rooney opened the scoring for Leitrim with Fermanagh’s Marie Mone. Leitrim hit back with an Aine Tighe free but Fermanagh again replied, this time through Danielle McManus.

Leitrim started to assert their superiority with two points from Roisin Fowley and Tighe (free) with Mone again on target for the home side.

But Leitrim were now starting to find their rhythm and a great Deirdre Ward pass set up Tighe for a point, a score added to by St. Joseph’s Michelle Heslin before a foul on Emma Guckian resulted in another successful free for Tighe.

The first goal then arrived when Deirdre Ward found the net and an Aine Tighe free meant Leitrim led 1-10 to 0-5 at the halftime break.

Pat Costello’s team continued where they had left off in the second half, Deirdre Ward and Aine Tighe adding early frees before Fermanagh threatened briefly when Aoife Flanagan goaled and Joanne Doonan pointed to leave six points between the teams.

That was as good as it got for a Fermanagh team who have yet to win a game in the Division as Aine Tighe converted a free and Roisin Fowley pointed from play before Carla Le Guen scored a goal from play.

And Leitrim finished with a real flourish as Carla Le Guen scored a goal and Aine Tighe pounced for a goal and a point.