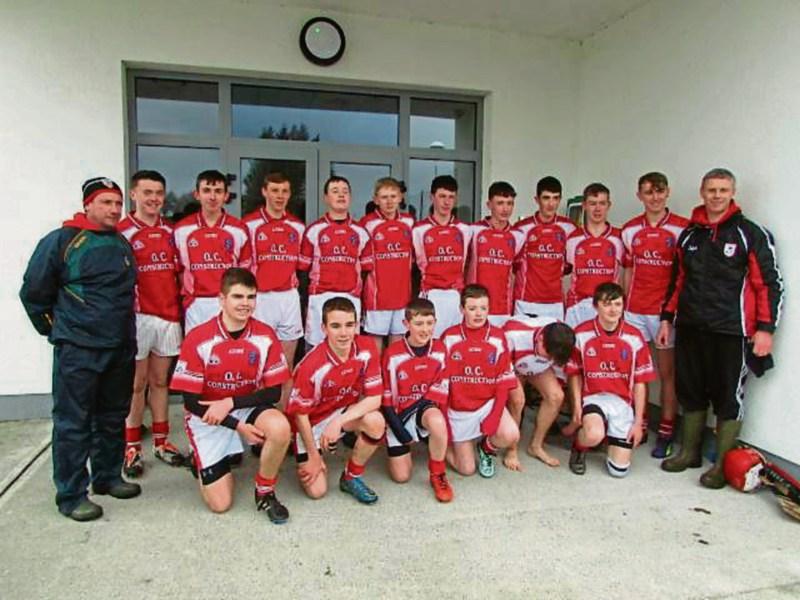 Having secured wins over Abbeyknockmoy (Galway) and Tooreen (Mayo), Carrick faced an Easkey side that had just dispatched Sarsfields from Galway in the semi-final in a very windy Connacht Centre of Excellence.

Such is the standard of hurling in Carrick at this age level and the ability of this group of players that nothing was going to stop them on Saturday and so it proved.

Playing into the teeth of a gale, a physically strong Carrick tore into Easkey from the first whistle and scored four crucial points in the first half as Easkey notched up 1-5 with the aid of the wind.

A four point lead at half time was not going to be enough for the Sligo champions in the conditions and so it proved as Carrick, led superbly from centre back by their captain Stephen Goldrick, bagged a goal at the start of the second half.

Carrick-on-Shannon drove on from there with some great scores to put the result beyond doubt. There was a good spread of scorers throughout the team with ace marksman Donal Moreton finishing with a personal tally of 2-2.

Both teams played great hurling in the conditions and were a credit to their clubs in the manner the game was played, good tough hurling with no little skill on show.