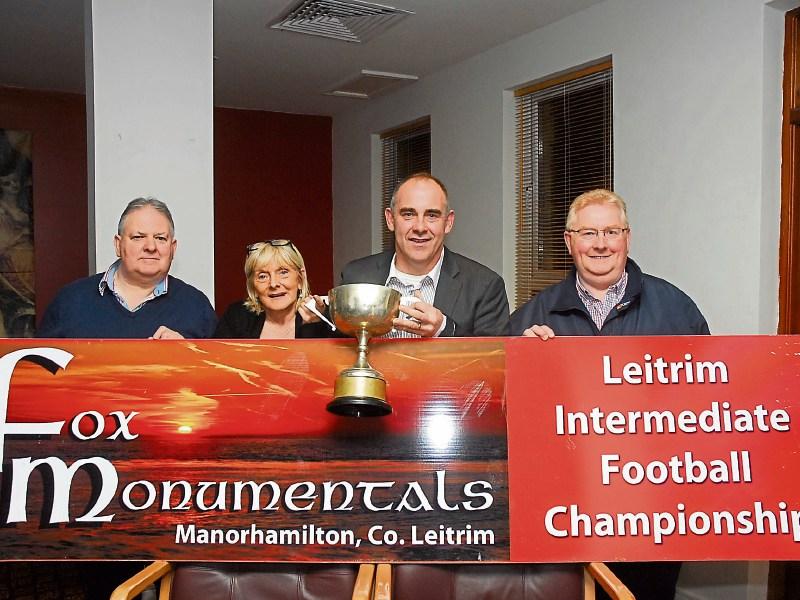 Champions Mohill will meet finalists Glencar/Manorhamilton in the group stages of the 2016 Connacht Gold Senior Championship after the draw was made last Monday evening.

In an intriguing draw in the Bush Hotel, both the Connacht Gold Senior and the Fox's Monumentals Intermediate Championships feature a dreaded “Group of Death”.

But it is the clash of 2015 double winners Mohill and the team they defeated in both those finals, Glencar/Manorhamilton, that captures the attention. And to add to the intrigue, Group 2 also features semi-finalists Gortletteragh and an improving Annaduff.

The Group of Death at Intermediate level is very definitely Group One where Ballinamore Sean O'Heslin's will be hoping to make it third time lucky in 2016 after losing the previous two Intermediate Finals.

But they will face tough opposition in the Group stages with Drumkeerin, Cloone and relegated Carrigallen in what is by far the toughest group.

In Group 3, Leitrim Gaels & Ballinaglera will fancy their chances as they have been drawn with second string sides Mohill and St. Mary's, a derby meeting for the Gaels who make their Senior League debut next weekend.

Speaking after the draw, Mohill Club chairman Paul Murphy said nobody can relax in the early stages of the championship - “I think everyone will be wide awake after that draw, there are a lot of real battles there. We want to really push ourselves, Mohill have never defended the title and that is a goal we have but we are going to have to do it the hard way.”

Pat Feely stressed that Glencar/Manor’s defeat in last year’s Final will drive Aidan Rooney’s team - “We thought we were over the line last year but anyone can beat any other team on the day. It is all about performance on the day but we will be expecting to get across the line this year.”

Gortletteragh chairman Barry Costello relished the challenge ahead - “We may as well get these big teams early and get stuck into them. It is going to be tough but that is what the championship is all about.”

Aughawillan chairman Paul Bohan promised that the championship “won’t be for the faint hearted” when asked about a meeting with Drumreilly. St. Mary’s Pat Glancy said there was nothing easy for any team while Allen Gaels manager Enda Lyons said his team were in a tough group.

Annaduff’s Barry Guckian said “Every one of the groups is tough and it is going to test us but that is what you want, to be tested and we are really looking forward to it.”

New Melvin Gaels manager Darren Kerins said “There is nothing easy in the Senior championship and it will be a huge step-up for us. Senior is a complete different ball game but it can be done.”

Bornacoola's Seamus Mallon said “The last couple of years we have been fighting hard to retain our Senior status. It is very important to us and we won’t be giving any team an easy ride. No team is going to steamroll any other team.”