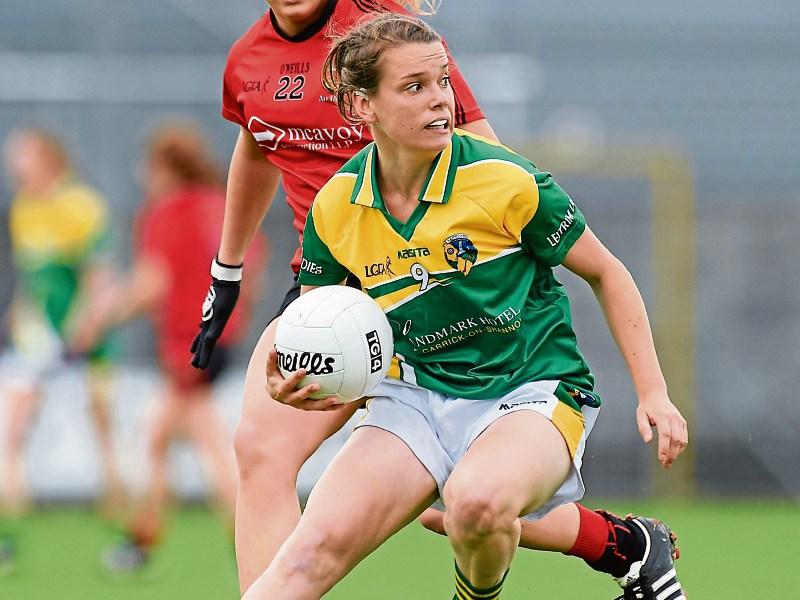 Leitrim took a big step towards booking their place in the Lidl Ladies NFL Division 3 semi-finals but they will still need a positive result against Tipperary next Sunday to seal their spot.

Pat Costello’s side stormed to a five point win over Wexford in Enniscorthy but they will need a positive result against second placed Tipperary to ensure their place in the last four as the League could end up with a three way tie for the last two places.

Tipperary beat Roscommon last Sunday to leave Leitrim and Roscommon tied on 12 points and with the Premier County travelling to Leitrim for their last game, the pressure is on as Roscommon take on leaders Waterford and Wexford face Offaly.

Wexford will be favourites to overcome their Leinster rivals while Roscommon will be up against it against the Deise women and it means that a draw at least is needed against Tipperary.

A loss could leave three teams on 12 points with scoring difference used to determine final placings. However, in a twist, the first procedure to split the teams will see the score against the bottom team in the Division removed from the calculation and Leitrim have the best score against Down as it stands.

Leitrim scored considerably more against Down than both their rivals so it adds to the intrigue for the final series of games next weekend.

Wexford started like a train in Enniscorthy, Michelle Monaghan denying Maria Byrne a goal in the first 20 seconds but Byrne made no mistake a minute later for a goal.

But Leitrim soon took over with Aine Tighe stamping her class on the game, scoring a fine individual goal along with three points while Michelle Guckian, operating at centre-forward, hit two points.

Wexford’s Catriona Murray and Fiona Rochford exchanged points with Róisín Fowley and Michelle Guckian before Wexford had their best spell with four points in a row from Rochford (2), Kellie Kearney and Catriona Murray to reduce Leitrim’s lead to two points.

Aine Tighe got the last two points of the half to leave the score at the break 1-9 to 1-6.

It was a much tighter game in the second half and scores were hard to come by but two Tighe frees extended the lead before a mix-up in the Leitrim defence allowed Rochford poke the ball to the net to close the gap.

However, Leitrim showed their composure and out-scored Wexford for the rest of the half with points from Carla LeGuen, Aine Tighe (2) and Michelle Guckian (2) while Catriona Murray and Fiona Rochford replied for Wexford but Leitrim emerged victorious.