O'Donnell stars in Lancashire win as Leitrim get back on track 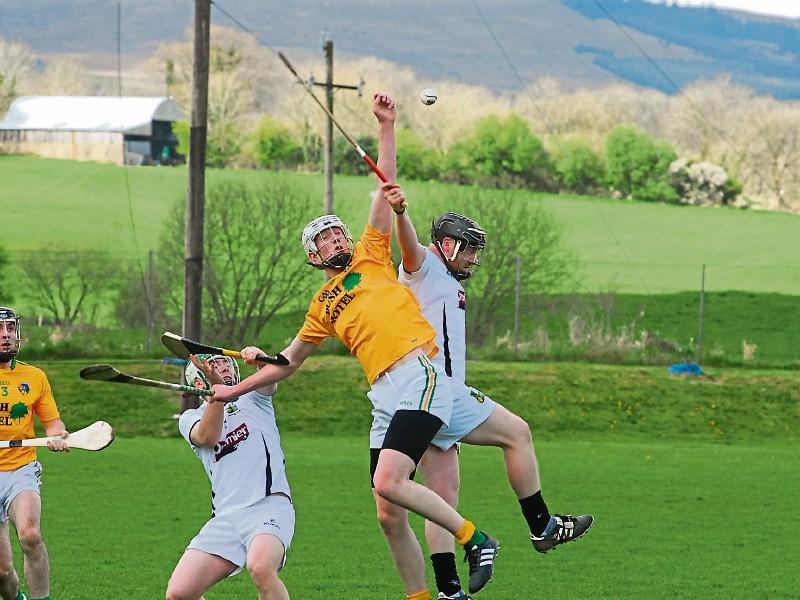 With the words of manager Martin Cunniffe ringing in their ears last week that only victory was acceptable in Pairc na hEireann to keep Leitrim's Lory Meagher Cup campaign alive, the Green & Gold hurlers scored an emphatic victory but left it late to stamp their class on the game.

Lancashire came into the contest not having a game the previous round and it showed as Leitrim dominated possession but were unable to truly show their dominance on the scoreboard until the closing stages when Manorhamilton’s Gavin O’Hagan struck for Leitrim’s second goal.

Padraig O'Donnell's accuracy from frees was again a major factory while Clement Cunniffe grabbed a vital goal in the first half.

Like their Warwickshire counterparts Lancashire came up short against visiting opposition despite an equally valiant effort. On a day of all seasons this match started in bright sunshine and finished in driving rain and wind.

The early exchanges were even enough possession wise with the difference being that Leitrim worked out where the posts were while Lancashire tallied up the wides. Padraig O’Donnell had the visitors off the mark from a placed ball and Karl McDermott doubled the lead within five.

McDonnell punished another indiscretion before the Northwest side finally got off the mark with a Patrick Duggan free.

In truth the play was scrappy in the large as defences held sway and scores remained at a premium. Duggan and O’Donnell exchanged further frees with two apiece while sandwiched between those was a fine point from play by Brendan Coady to keep the home side in touch.

As the game moved into the second quarter, Leitrim began to exert their authority with Clement Cunniffe, Gavin O’Hagan and Colm Moreton particularly catching the eye. The latter two hit a point each before Cunniffe launched a majestic score from his own half to cancel out a Duggan 65.

Lancashire were struggling to keep in touch but were thrown a lifeline just before the break, Duggan launched a long distance free which dropped short, A goal melee ended with the sliothar breaking out to Kelvin Magee who lashed it first time to the bottom left hand corner.

O’Donnell responded with a point from a 65 to leave it a two point game at the break.

Seemingly taking heart from that late goal Lancashire sprung from the blocks on the restart and were level within two minutes. Aiden Slattery fired over from the first attack and Joe Sheehan hit another when Nathan Unwin fielded the puck out and placed the full forward.

Unfortunately for the Saffrons they couldn't maintain the momentum and Leitrim soon reestablished supremacy.

O’Donnell's accuracy hurt Lancs again and after a Colm Moreton goalbound effort was cleared his brother Liam fired over. Daire Maskey's effort was cancelled out by a sublime strike from John Ryan over his left shoulder and O’Hagan stretched the lead with another fine effort. Despite dominating possession, Leitrim struggled to shake off their dogged opponents and

with ten minutes left there was a single point between them.

After adding to his tally of frees O’Donnell was in the right place to latch onto a Clement Cunniffe drive into the Lancs defence to shake the net with six minutes left.

That appeared to be that but a minute later Duggan drove a l low drive from 40m out which deceived everyone around the square and the sliothar found its way into the bottom left corner.

Leitrim had the fitness and calmness though and as the winter weather strengthened Clement Cunniffe hit a great point from his own half.

With a minute of normal time left O'Hagan broke clear to hit the killer goal and now there was no doubt. Colm Moreton and another 65 from O’Donnell applied the coup de grace to leave the scoreboard looking harsh on the Lancashire lads.

It was the first outing of the season for Lancs and it showed with a lack of cohesion at times and particularly when it came to the crunch they ran out of steam at the death.

In the other game in the competition, Louth maintained their 100% record when they accounted for Warwickshire, who had defeated Leitrim the week previously, by seven points in the first game last Saturday in Pairc na hEireann.

Louth's 3-14 to 2-10 victory over a strong Birmingham based outfit marks them out as the team to watch for the remainder of the competition. In their first game, Louth beat Sligo by four points in a high scoring 0-22 to 1-15 victory.

Next weekend, Leitrim are on a bye week with Louth taking on Lancashire at home while Warwickshire make the journey to Markievicz Park to take on Sligo in the other game.

Leitrim will be back in action on Saturday, May 14, when they take on Louth at home in an absolutely crunch fixture while Sligo take on Warwickshire. The final game of the campaign will see Leitrim make the short journey to Markievicz Park to take on Sligo in a game that could have huge playoff implications.

l In other hurling news, Leitrim play Longford in Devine Park, Edgeworthstown tonight (Wednesday May 4) at 7.30 in the first round of the new U17 Celtic challenge.