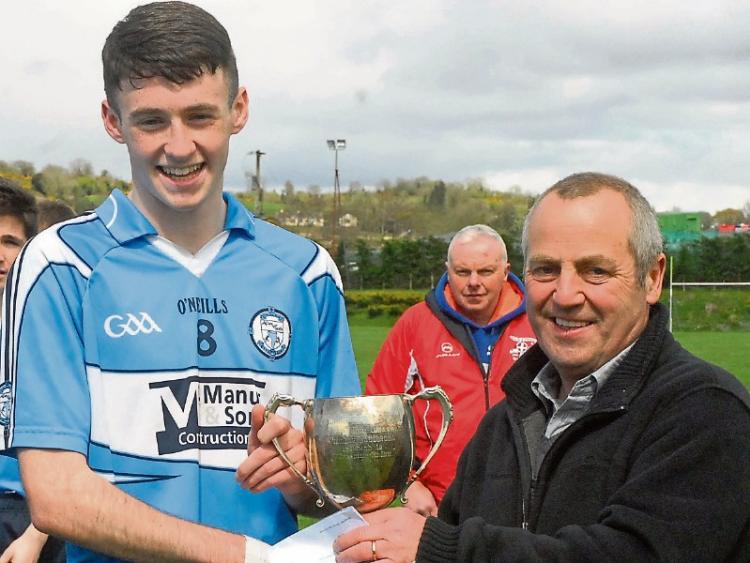 A dominant St. Francis stormed to a comprehensive victory over a Keoghan McGovern inspired Rinn Gaels in the Minor League 13-a-side Final.

McGovern was almost a one man show for the Bornacoola and Gortletteragh combination but the overall strength in depth and quality in the St Francis ranks meant that despite one surge that closed the gap to five points, the title was always heading to Drumshanbo.

St. Francis had too much quality in all sectors of the field - McGovern was the go-to guy for Rinn but he couldn't be everywhere as Aaron McCawley and Shane McGrenaghan snuffed out everything in defence while Kevin Moran and Gareth Higgins dominated midfield, in the air and on the ground.

And upfront, Caleb Duffy led a potent St Francis attack that really should have killed the game off long before the did with Cian Beirne and Colin Moran standing out.

McGovern was exceptional for Rinn Gaels while Dylan Ward, Patrick Kozac and Luke Jones fought their hardest, they were always playing second best to a better balanced St. Francis.

Cian Beirne opened the scoring with a lovely point after just 12 seconds and St. Francis should have had a goal inside two minutes when Michael Crawford was clean through but missed a golden opportunity for a goal.

Rinn Gaels found their rhythm and three points from Keoghan McGovern in a four minute spell, including a 40 yard free that went over with the help of the upright, had them in the lead.

Both teams missed good chances before a good run from the middle saw Kevin Moran fire over. The score fired St Francis into action - a long Moran free was brilliantly knocked down into the path of Gareth Higgins who finished confidently from close range on 11 minutes.

Rinn Gaels were not to score for the rest of the first half as St Francis added six unanswered points to take complete control of the game.

Duffy, from a free, and Oisin McGourty both pointed in the space of a minute but St Francis could thank keeper Enda Keegan for two fine saves from McGovern and Kevin Mulligan. They would break down the field with Cian Beirne firing over.

Colin Moran, Caleb Duffy and Fergal Gilmartin all added points before the break for a dominant St. Francis who led 1-8 to 0-3 at the break. McGovern reduced the gap shortly after the break from a free but Niall McGourty responded for the winners.

Luke Jones weaved his way through the defence to score a fine point for Rinn Gaels but Oisin McGourty hit back with a point while St. Francis sealed their win when Duffy finished a length of the field move by planting the ball in the net nine minutes into the second half.

Keoghan McGovern responded with a point but Rinn Gaels needed their keeper Sean O'Riordan to tip a shot from Niall McGourty onto the crossbar.

Rinn Gaels staged a mini-revival as St. Francis eased up as McGovern hit two points before Oisin Niblock fired home from close range after a good run from Cian Mallon.

St. Francis' response was emphatic - Caleb Duffy swapped points with McGovern but they struck for a third goal with less than two minutes left in the half, Colin Moran gathering a long ball and working his way through for an easy goal.