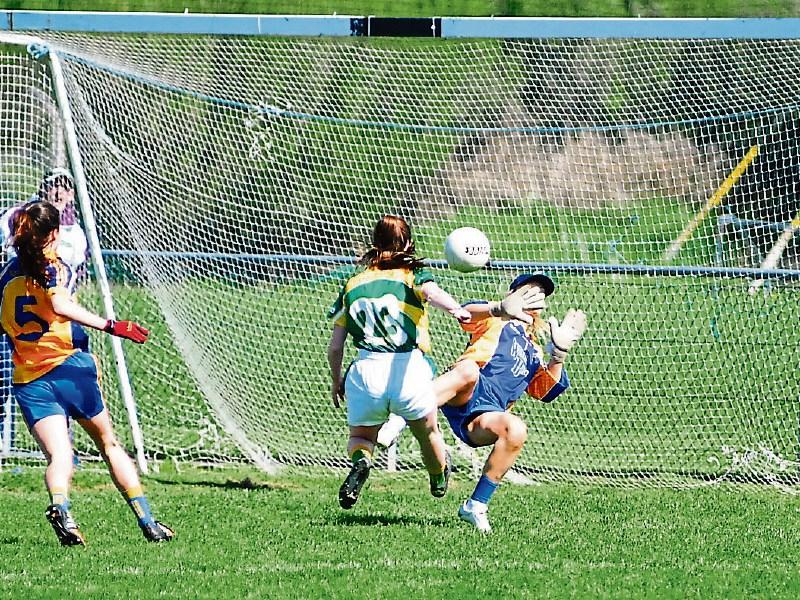 Despite the disappointment of a narrow defeat, Roscommon manager John Benton believed “it was a great celebration of sport between the two teams and both teams in fairness went at it quite hard.

“In fairness Leitrim made a great start. Áine Tighe is an exceptional player. When she is in full flight she is very hard to stop. Her couple of goals at the very start of the game unsettled us a bit.”

“It took us about 10 or 15 minutes to settle into the game and at that stage, Leitrim had a lot of scores. But in saying that, we pegged the deficit back to a point in the second half.

“The thing about our team is they are very young and they are going to learn from their mistakes. That is the great thing about this. We are building for the next year or two and getting the right balance of girl into playing county football.

“Unfortunately for us today was not a great day for us, being beaten by a point but, look you live and learn. Hopefully next day our day will come. The thing about my girls is that they will give you 110%.”

And the manager predicted a bright future for the young Roscommon team - “They are very proud to be representing their county. In fairness to them the one thing I asked them to do was not to just leave it on the pitch; go at them and be brave and they did. It was a great game to watch from the player's point of view and for the management and the spectators too.

“It is very hard to take it at the moment. But one thing I do know is that we had five minors that were playing out there today and they are so good for their age. There is another 10 minors to come in over the next year or so. The future is very bright for Roscommon.”