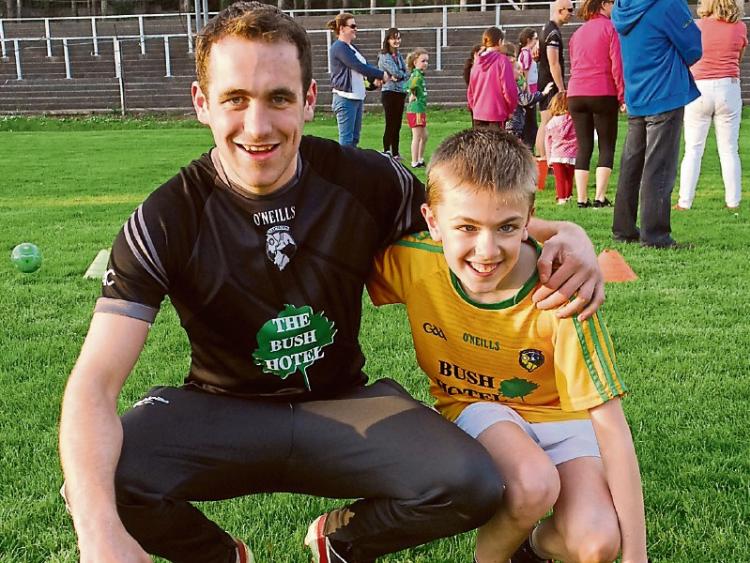 Some may call it the classic championship sweet-talk but the Leitrim camp are very much aware of the talent in the Roscommon ranks ahead of next Sunday’s Connacht Senior Championship meeting in Pairc Sean Mac Diarmada.

Both manager Shane Ward and forward Adrian Croal talked of the quality in the Roscommon side with Croal, naturally as an attacker, highlighting the range of attacking options open to Kevin McStay and Fergal O’Donnell

“Roscommon have a very good forward line with the Murtaghs and Kilbrides,” said Adrian before adding “and I see they have some players back in this year like Conor Devaney at wing-forward and he has been winning a lot of ball, controlling the play.

“At the back, they have Seanie McDermott who has years of experience and he is one of the top corner-backs in Connacht. He does a man marking job and he does it very well.

“You go could through the team and they have a lot of quality, there is no point in saying they don’t, they do.”

Shane Ward is equally impressed and talked of witnessing the Rossies in action against the Dubs in Pairc Sean at the beginning of April - “Roscommon were really well organised, they had 15 strong players and brought on five players who were equally as impressive which is showing strength in depth in the squad.

“It didn’t phase them that they were playing Dublin which shows they have massive confidence in themselves. When it really did come down to the wire on the wet day against Dublin, it would have been acceptable for them to roll over and lose by three or four points but they didn’t and they showed great resilience and finished the game very strongly.”