Let the bandwagons roll on by 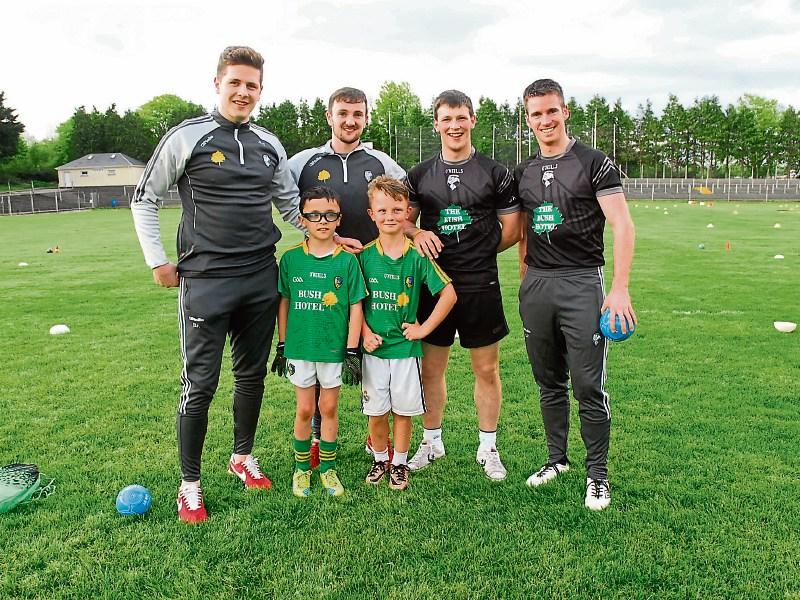 A few people have said to me that, from Leitrim’s perspective, the scare New York gave Roscommon was the worst thing that could have happened.

The inference is that Leitrim’s best chance of beating the Rossies centred on catching them in an overly confident and relaxed state following an ego-boosting thumping of the Exiles in the Big Apple. I prefer to be in control of my own destiny.

If we continue to look to outside influences, such as results over which we have no control, to increase our chances of success then we will remain passive participants in what happens to Leitrim football. We will operate on dodgy foundations.

Past results are no guarantee of future performance. Living that mantra is one of the most empowering states that a sportsperson can inhabit. It means you can accept a defeat for what is it meant to be – a learning experience – and take something positive from the game, using it to improve your performance the next time out.

Perhaps just as importantly is also means that following a great victory you do not sit on your laurels: you simply go through the same process of examining what worked well in order to capture and replicate, and what didn’t, in order to eradicate and learn before the next challenge.

Let’s look at Leitrim’s league campaign this year in order to better understand what we need to bring to the table this Sunday. The side started with a really encouraging away performance to Wexford, with a last minute point affording the Yellow Bellies a victory.

It was disappointing not to have gotten something out of the game but the only thing that really mattered was the performance. Did the team play the way Shane Ward and the coaching staff had prepared them to? What did they do well? What should they have done differently? If they found themselves in the same position again, how would they have won the game?

Every player needs to leave every game and training session for that matter running such questions through in the heads. Waiting until the next game or training session is too late. Waiting for the management team to ask you to think about such things is too passive.

The modern game demands that every player on the squad take complete ownership of every element of their performance. It can be frightening as you have nowhere to hide but it is very empowering too.

If you are a member of the Leitrim squad and you are reading this, the only thing I have to say to you is that this is your team lads. Shane the backroom set-up are merely facilitators in trying to help you achieve your individual and collective potential.

The supporters, who have admittedly dwindled in numbers in recent years at league matches, are only there to bask in your reflective glory. The diehards will be there when you lose too because their care extends beyond the results. But it is your team. Take control and take ownership.

Having lost to Wexford the focus then turned to a ‘must win game’ against Wicklow at home. That’s a really unhelpful tagline to put on a game for a team that is lacking in confidence. And to those who have watched the team closely in recent year it’s evident that confidence remains a major issue.

Instead, the only focus of the Wicklow game should have been improving on the performance against Wexford because it was a performance that, with a few tweaks, was capable of winning any game in Division 4.

The expectation and fear resulted in a worst performance that the Wexford game despite having home advantage against a notoriously poor travelling team. We lost by a point but Wicklow were good value for their win.

Immediately, talk turned to the league being over before it even started. We had a tricky away fixture to Antrim and sure ‘Leitrim never beats Antrim in Belfast’. Performance wasn’t even considered. The prophecy fulfilled itself, inevitably. Whether you believe something will happen or not, you’re right. The team believed the doomsday scenario.

So, with Louth up next, the team who hammered us in the Qualifiers in 2015 and the favourites to top the league table, the only possibly result was another demoralising defeat, right? Wrong.

As is so often the case the lads responded to having nothing to lose and executed the best Leitrim performance in a number of years. We use that terms a lot: ‘nothing to lose’; but do we really appreciate the psychology of it? It means no pressure. It means that people are expecting the worst and anything better than that will be considered a bonus.

It means that you can express yourself freely and you can focus on the performance and not worry about losing. There is nothing to lose; neither game, nor face.

Perhaps more important to consider is how the lads followed up this great performance. They secured the win in Ruislip but followed this up with their worst performance of the year against Carlow.

Why was that? Did they relax after beating Louth and London and expect to defeat Carlow? Quite possibly. Again, the mental outlook shifted from performance to result to disastrous effect.

After that we bowed out with a toothless defeat to Waterford which I heard one player explain by saying they had nothing to play for. If you focus on improving performance with every game, you always have something to play for.

There are other factors that influence performance, especially amongst lower level teams, but these are the details that are worked upon week after week in training and match days in order to build a consistent performance base.

When this is achieved, only then can consistent results be expected. Victory (result) should never be the focus of your intention, it should be a positive outcome of the process (performance).

That remains the challenge for Shane and his team this weekend. A win over Roscommon, in my mind possible if unlikely, will result in wild celebrations and a jumping on the Leitrim team bandwagon ahead of the Sligo game the likes of which hasn’t been seen since gold was discovered in California.

Far from incidentally, the idiom ‘to jump on the bandwagon’ was coined by P.T. Barnum, a famous circus owner and showman in the US in the 1800s. Circuses are fun and all but they eventually pull down the tent and move on.

I’m more interested in building something solid and lasting in Leitrim football. There’s fun in that too. Something that lasts beyond a game, and takes clowns out of the equation altogether.

Shane Ward, his background team, and his squad deserve our support for their efforts to build something meaningful and ensuring that the county is represented with pride. I just hope they find a performance on Sunday that will help to provide the most important part of any major construction – the foundations.