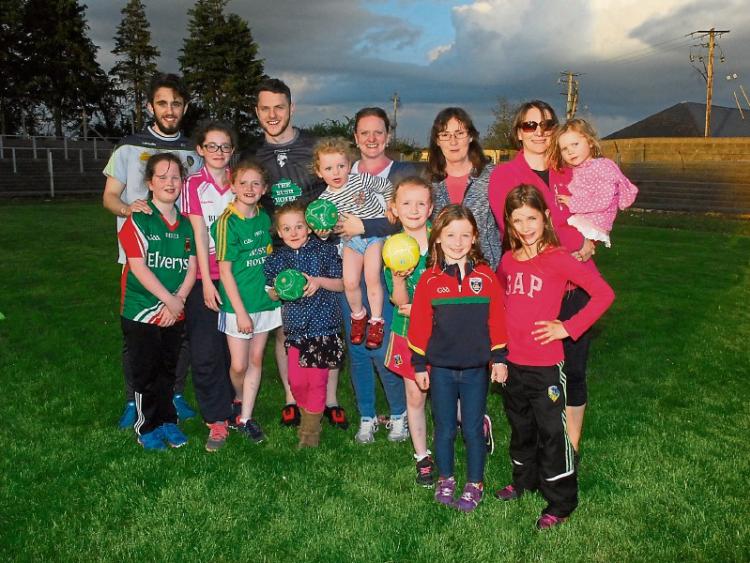 “I wouldn’t say it is the perfect time to play Roscommon, they are a Division one team but we have no fear.”

The words of Leitrim captain Gary Reynolds as he talks about facing a Roscommon team coming off a near-shock against New York, words that have a lot of thought and experience behind them.

In a wide-ranging interview, Gary talked about the rise of Roscommon and Cavan and the lessons for Leitrim, the future of the championship and his own move to play club football in Dublin and many, many other topics.

“They have a short trip across the bridge, there is not much more that I can say than I can’t wait for the day to come.”

The example of New York is one Gary will draw from when he addresses his team-mates but playing Roscommon is an incentive all by itself even if Rossies have been one of the success stories of 2016.

“The gulf is there between Division One and Division Four but we won’t be buying into that, everybody knows championship is championship and New York would obviously be giving you hope.

“Look at what New York did, you hear all the stories about only being pulled together for a few training sessions but they really put it up to them and they brought an intensity to the game, they pushed the Rossies to the limit and we’d be hoping to do the same.

“We have nothing to lose but who knows when the perfect time to meet anybody is? If they went out and hammered New York, you’d be saying it is a great time to get Roscommon, they’re coming home after a week out in the sun and they won’t be expecting Leitrim in the long grass.

“Everyone is saying it is a poor result for Leitrim, Roscommon have got the kick in the behind they were looking for to kick start their championship.”

Yet the sight of Roscommon jerseys won’t unnerve Leitrim as Gary remembers a time not so long ago when Roscommon just squeezed by Leitrim in a Division 4 encounter.

“Before that, we would have had a great record against them but in recent years, not so good. But you can see they have been really pushing on hard in the last few years, there is a reason why they have been successful and moved on up.

“We’re looking to do the same on Sunday, keeping the pace with them and getting stuck in at every opportunity, taking our chances and making a game of it.”

But if the thought of playing Roscommon inspires the Leitrim man in Gary, the footballer in him is full of admiration for what the old enemy have achieved in recent years - “They obviously set their stall out early this year, they wanted to stay in Division One.

“They went back earlier than any other team in Ireland supposedly and they achieved what they wanted to achieve, they’ve set the pace early and they showed the quality that they have. It is obvious they have a lot of quality in their ranks, we don’t deny that.

“We will be trying to do what New York did, we’ll be trying to compete in every sector of the field we can and if we stick to our gameplan, keep it tight and stay close, we’d be hoping to get the bit of luck on the day that can get us over the line.

“There is no taking away from Roscommon and what they’ve done this year but as you say, the media have been ‘it is Roscommon this and Roscommon that’ everywhere and rightly so. I think they’ve gone the four divisions in five years.

“I remember in 2011, we played them in the League and they beat us by a point in Hyde Park. We should have beaten them that day, we didn’t and they went on to the League final where Longford beat them.

“Since then, they’ve been rising all the time and people forget that is only four five years ago and as much as there is talk of a gulf there at the moment, it is not a huge gulf. I wouldn’t have any problem facing them but definitely, they are a formidable outfit, there is no denying that.”

Leitrim go into the game after a disappointing League, something Gary doesn’t dispute but he is inspired by the young faces coming into the county set-up - “The League table doesn’t lie, I’m not going to lie on that, we haven’t performed when we needed to but there have been signs there that if we can put that together for 70 minutes, we will.

“We would be less experienced but maybe that is a positive. We’re talking about all the experience we’ve lost, there is only a handful of us remaining but the young players have really invigorated me and a couple of older players.

“They’ve come in with a hunger and a kind of ‘I don’t give a damn’ kind of attitude, they’re not living off the past, they are only looking forward. Shane has had those lads with U21 and their games to win ratio would be a lot higher than mine at U21 level or even Fr Manning Cup.

“They are coming in with a freshness, very young, you could say inexperienced but carefree attitude but they are willing to go to anywhere to win and that has really freshened up our set-up.

“Obviously as captain, I get great honour in captaining my county but to have a group of players that just want to get better every day is very refreshing.”

l See pages 81 & 82 for more from Gary ahead of Sunday's Connacht Championship clash in Roscommon.