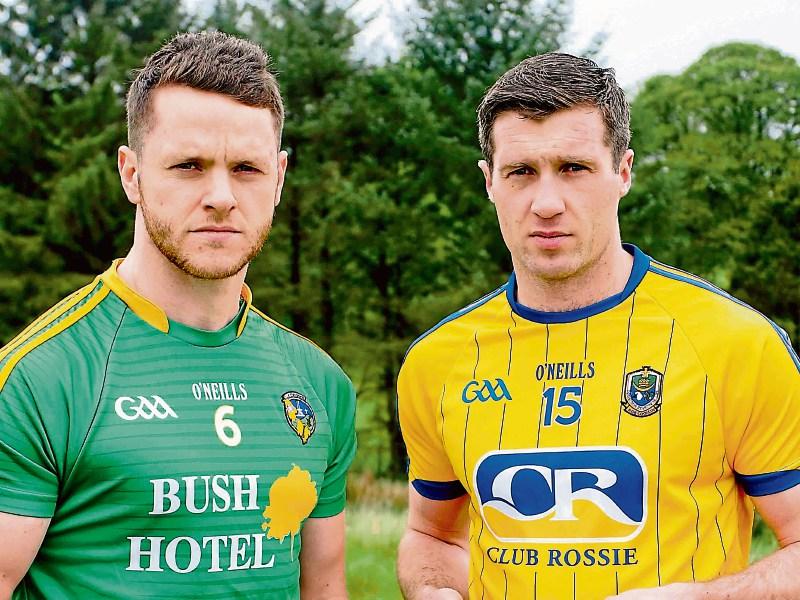 It was expected by many that Roscommon would be out of their depth in the top tier of the National League campaign this year and would be making a swift return to Division 2.

However, the Rossies provided the story of the year so far as they made a mockery of those predictions and claimed notable scalps along the way.

Cathal Cregg is no stranger to facing Leitrim in big Championship days but despite the league form Roscommon have produced this year the Elphin man is taking nothing for granted ahead of Sunday’s Championship showdown between the fierce rivals.

Although Roscommon have an excellent Championship record in Carrick-on-Shannon, Cathal explained not all his visits are looked back upon with fondness. In 2014 Cathal was on the Roscommon team that lost the FBD League Final and he recalled, “That was one of the bad experiences against Leitrim. They turned us over down in Carrick-on-Shannon, they played very well and deserved their victory and hopefully it won’t be the same result.

“I think there will be a big crowd there and there is a lot of rivalry between Roscommon and Leitrim. It will be hostile, they have a lovely stand down there and it’s a tight stadium.”

The contrasting league campaigns experienced by both sides would suggest that Roscommon should be too strong for Leitrim but that is not a line of thinking Cathal agrees with.

“Leitrim were probably unlucky not to come out of Division 4. They were very tight in the first two games, if they got four points out of those two games they could have got promotion. When it comes to championship and local derbies I think all that goes out the window.”

The Western Gaels player gave an indication of how it could potentially be a troublesome afternoon when he pointed to the absentees his side will have to contend with.

“There are still quite a number of players out injured. Some of the lads that were involved in our big wins earlier on in the year, Ian Kilbride, Ronan Stack, Enda Smith, Conor Daly is gone away to the states, they are all big players. Senan Kilbride is a slight injury concern at the moment as well.”

Cathal is aware of the threat posed by Leitrim and pointed to some of the players Roscommon will need to be wary of in order to ensure they aren’t victims of what would be a shock defeat.

Speaking about the return of Emlyn Mulligan to the Leitrim panel this year Cathal said, “He’s a huge advantage to them, he’s a former captain and one of the top performers in the country. He’s going to be a huge bonus for them.”

Cathal added, “Leitrim have some very good players. The likes of Donal Wrynn, I was in college with him for a number of years, he is a fantastic footballer. Gary Reynolds, Kevin Conlan, all these guys are very good players. It’s going to be a huge battle when you take in the rivalry between the two teams.”