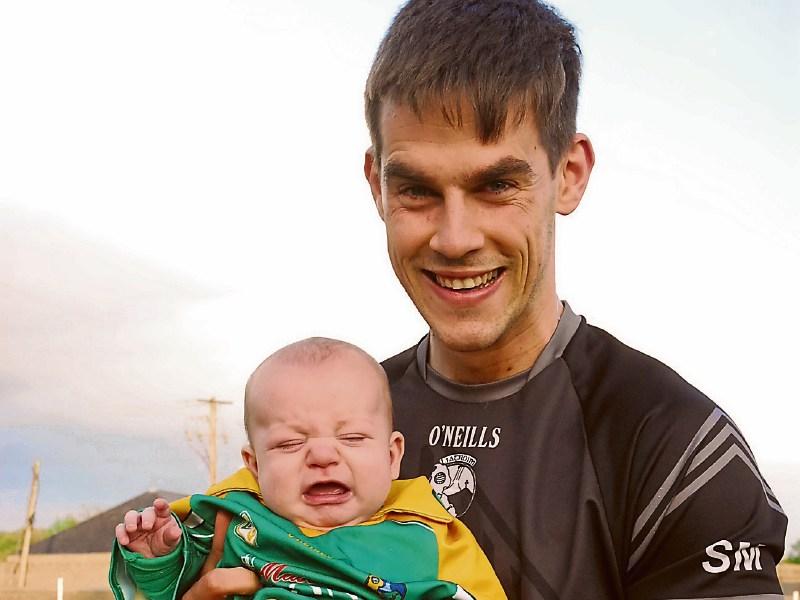 After playing with several of the Roscommon team with NUI Galway, Shane Moran is all too aware of the challenge facing Leitrim next Sunday. But it is a challenge he is relishing.

“I’ve played with a few of the Roscommon boys, Ciaran Murtagh, John McManus and Cian Connolly with the NUI Galway so I know the boys, great footballers. But it is great, it really ups it when you are playing against Roscommon.”

Roscommon have blazed a trail across the GAA world this year but the Ballinamore man believes on championship day, anything can happen - “You have to give them credit where credit is due, they really held themselves well in Division One, they put it up to Kerry and Dublin.

“We’ll be trying to go at them from the start. Anything can happen on the day, that is the beauty of the Connacht Championship. It is going to be tough but we will go at it and hopefully, things go well on the day.”

It seems only yesterday that Shane made his championship debut against London and even Shane is surprised the year has flown by so quickly - “It has been a long four years and it was crazy coming back this year thinking it was going to be my fifth year but every year has been trying to improve, trying to get better every year.

“London is a long time ago, it was great to get the win on my debut but next Sunday is going to be completely different ball game here in Pairc Sean. This year has gone well bar an injury at the start of the year.

“It feels like a proper year now, previous years I had been with the College before and it was tough juggling the two teams but this year now, I got a good foundation last year with Shane, just things went well and we’ve really rolled it on to this year. Things have been going well.”

Despite a tough run in the League, Shane stresses that Leitrim have put it behind them and are in good form ahead of Sunday’s huge clash with Roscommon - “Three one point losses are hard to take, you’d rather lose by a few than a point but it was just on the day.

“We were competing with every team and when we had Louth here in Pairc Sean, we put it up to them and were very happy with our result and they went on to win it. We’ve really stepped it up the last six weeks after the National League, we parked that aside and focused on the championship and we’re really happy with what we’ve done so far.

“It is a lot easier to turn out for training now, the sun is out, the ball is bouncing high and the conditions here in Pairc Sean is in absolute immaculate condition. We have no excuse, everything is going well.”