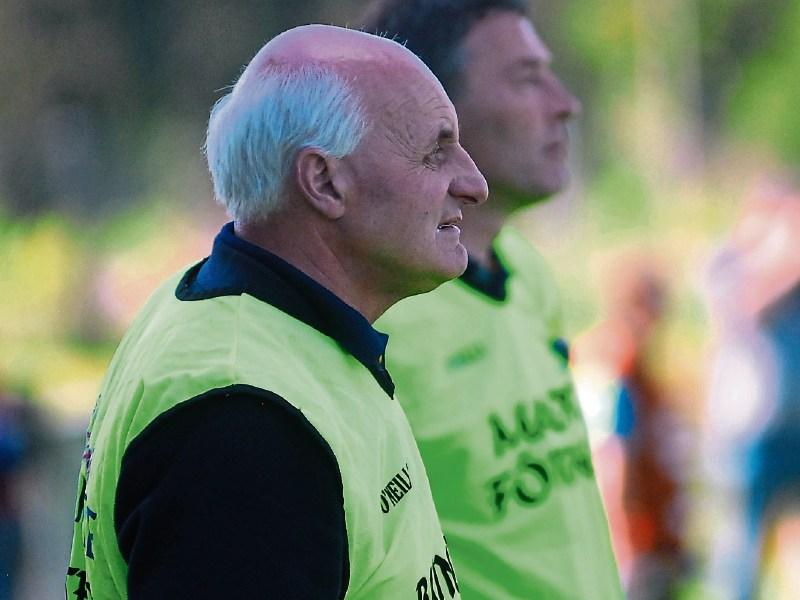 There was no disguising the devastation in the Leitrim camp after the final whistle last Saturday as manager Martin Cunniffe simply said “I’m broken hearted.”

Asked to put words to his misery, Martin said “What can I say, I’m broken hearted. It was a game we came here to win it and the lads gave it their but at the end of the day, we came up that bit short.

Leitrim now face Sligo next Saturday and will need a big win as the group can end up in a three-way tie with Sligo, Leitrim and Warwickshire if the Green & Gold prevail. But Martin admitted it will be a tough job to pick up the troops.

“They are devastated, they are down in the dumps now but what can you do. We have to live in hope, pick ourselves up and go down to Sligo and see can we get a result. We have to beat Sligo and that is all we can do and we have to see after that.

“We have beaten Sligo in the Connacht League, we have beaten them in the League so we wouldn’t be afraid. But having said that, that doesn’t mean we will beat them a third time but we will be going all out for it.”

Martin also refused to criticise referee James Connors from Donegal who sent off a player from both sides - “The referee has a job to do and that’s it, he has to control the game. Lads get cards every day they go out and Padraig was in hard luck, he pulled hard on the ground and it looked a harsh one, in fairness he didn’t pull on a man.

“And the Louth man was just as unlucky, he pulled on his own man I was thinking and that was very hard too.”

His views were echoed by Louth boss Diarmuid McCarthy - “It was his own man Ronan hit and even though our own man was hopping around on one leg, he was at pains to speak to the referee.

“I thought the referee had a good game, he let the game flow. In any game, there is one or two decisions you don’t like, we got some and we didn’t get some. I’d say Leitrim probably feel hard done by, in a game where there wasn’t really any malicious striking, there wasn’t one really foul blow.

“A couple of sendings off maybe spoiled it for both sides in what was a really well contested game, I don’t think there was anything really malicious in it. When they were under pressure with a couple of minutes to go, a point down and Leitrim on top, the boys dug in and got the last two points, they have to be admired for that.”

And Diarmuid paid tribute to keeper Declan Molloy for his penalty save - “There was one great chance there in the first half, the ball was hand-passed across and a Leitrim man got the hurl to it, fair play to him.

“And the penalty was saved, an excellent save by the goal-keeper, you take your hat off to him as much as it breaks my heart to see it. If you saw that save on the Sunday Game, fellas would be singing his praises and fair play to him.”