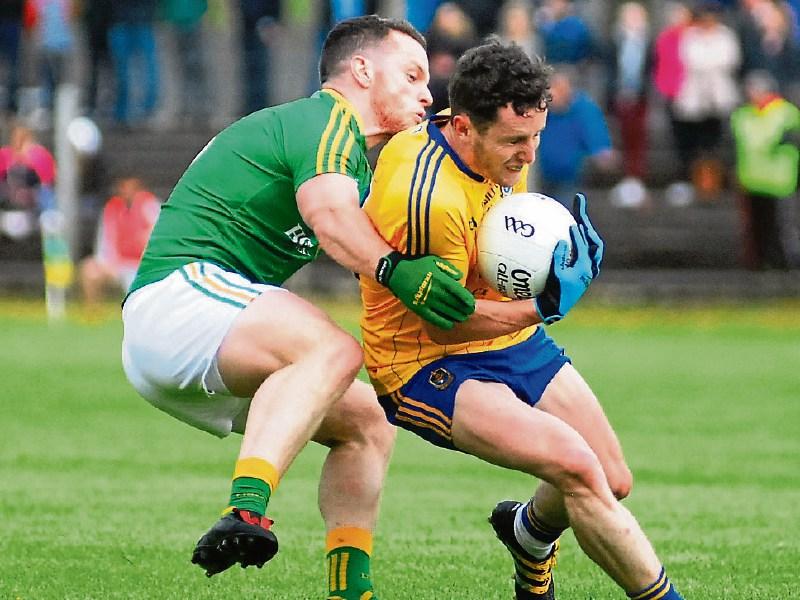 Gary Reynolds didn’t hold back when he analysed Sunday’s Championship loss to Roscommon, laying the blame firmly on a failure to perform on the day.

Speaking to the Observer, the Leitrim captain was deeply disappointed - “You talk in the media before games and you say you are going to give everything. We gave everything but we just didn’t perform.

“The first 15 minutes, we were well in the game, I think we went five or four-one down but we brought ourselves back in the game, we kicked some lovely scores and we knew that if we ran at them, we could open them up and I think we showed that.

“We feel that we were well in the game ten minutes before halftime at 5-3, we didn’t push on, the ball into the lads inside was terrible at times. Everything needs to go right for you to compete at this level and we just didn’t do enough. We missed a few chances that might have nailed it on a little bit further.

“The Roscommon crowd were nervous and when we ran at them, I felt we could cause them problems. But they were breaking in numbers out of defence and we just couldn’t cope with the overlap at times.”

Not one to criticise referees, Gary wasn’t eager to start but felt the cards handed to himself and his team-mates didn’t help Leitrim’s cause - “We never, ever make excuses for the referee, never, but I just thought he was a little bit card happy on our end.

“Obviously with the cards in the second half and my black before halftime, it just broke the momentum that we had with us. We were under pressure when I got the black card but all I saw was the ball going to my right hand side.

“I haven’t got a black card since it has been brought in and I’m just disappointed that on the one day in the year I wanted to shine, it happened to me. I’m going to have to move on from it but obviously as captain of the team, that disgusts me a little bit more.”

Gary also felt the dismissal of Darren Sweeney was harsh - “We had a little bit of wind in our sails when Darren’s incident happened. He doesn’t really know himself what happened, there was a bit of a schmozzle and someone stood on Benny Flynn in the goals, I think it was the Roscommon number five, and Darren just said he was coming in to protect him.

“Whatever way he caught him, he said he might have caught him in the face, he didn’t mean to but the ref gave him a straight red. I thought he was a little bit harsh if I’m going to be honest but as Shane has trained us, we don’t blame the ref, it is our own problem when things don’t go our way, we have to look at ourselves.”

Looking to the future, Gary agrees it is going to be difficult to pick up the pieces - “We’ve been here before a few times and we’ve always said and used different analogies but we really do need to get back to the drawing board.

“We’re trying to prevent these things from happening in the future but it is all on the day and we just didn’t perform on the day maybe as well as we can do for 70 minutes. It is going to be hard, it is always hard after a big day like that.

“As you know and it has been well documented, we haven’t the best of luck in qualifiers and we have to get that monkey off our back, that is a goal for us towards the end of the year, to try and get another win in the Qualifiers.

“We’re due a win and we’ll go back, we’re well able to come back from these things. We’re proud Leitrim men and we’ll try and do the jersey proud again in the qualifiers and hopefully, we will get a decent draw.”