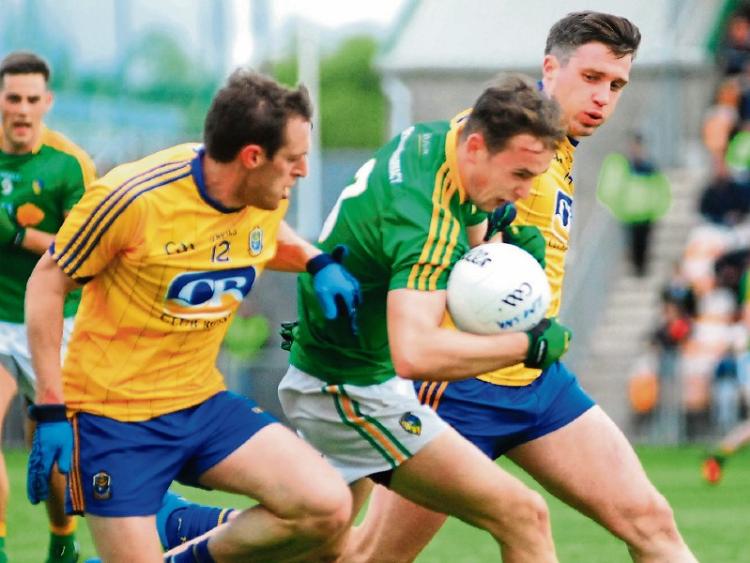 The League doesn't lie and neither does the scoreboard as last Sunday, Leitrim's dreams of a championship shock were harshly and brutally shattered.

Many may wonder if Roscommon are all they are cracked up to be but there is no doubting that the Rossies were simply fitter, stronger and better in almost every sector of the field in Pairc Sean Mac Diarmada.

The few Leitrim fans who made the effort to travel to Pairc Sean, vastly outnumbered by the Roscommon fans, were hoping for a performance first of all and maybe, just maybe, if the visitors could be rattled, an outside chance of a shock.

But apart from a nervy opening, Roscommon were never in any real danger as their pace and strength all over the field proved too much for a woefully out of touch Leitrim to combat.

Finishing the game with 12 players would normally generate banner headlines but the loss of Gary Reynolds & Adrian Croal to black cards and red cards for Darren Sweeney & Killian McGriskin didn't merit any more than a footnote such was Roscommon's dominance.

Leitrim fans present felt that the Green & Gold players were badly off the pace and questioned their fitness and conditioning. It is a subject that needs examining but perhaps the simplest explanation that a Division One team, used to playing at a higher pace and intensity, simply ran the legs off a Division 4 team.

Roscommon were unsure as they started but once they found their rhythm, their forwards cut open holes in the Leitrim rear-guard time and time again while their unrated midfield dominated the middle of the park, not the first time this has happened!

Questions over fitness aside, and the Leitrim management were insistent that the team was well prepared, the big questions come from the lack of discipline that bedeviled the home team's gameplan.

The fact that there has been very little debate, let alone controversy, over the decisions of Derry referee Barry Cassidy and it appeared that too many of the Leitrim players lost their focus, concentrating instead on niggling battles with their opponents rather than the big picture, a major let-down for a team looking to cause a shock.

Manager Shane Ward, the target of quite a lot of criticism from supporters it has to be said over team selection and substitutions, openly criticised the discipline his players displayed, describing it as “hitting the self-destruct button”.

The Leitrim manager is normally quite protective of his players so his frustration was very evident as he put it up to his players to pick up the pieces ahead of the All-Ireland Qualifiers on June 18.

Finding positives for those same players is not easy as so many never got to the pace of the game and there are just so many areas to examine.

Midfield was cleaned out of it by a supposedly sub-standard Roscommon so much so that keeper Brendan Flynn had to revert to short kickouts to his corner-backs to ensure any sort of possession as, at one stage, Roscommon scored four points in a row from restarts.

The forwards never functioned as a unit but often times, the quality of ball going into them was nowhere near good enough, Ronan Kennedy having bombs hit down on top of him while Adrian Croal did well to win what he did.

Kevin Conlan was the one forward to win plaudits but the fact that he was playing so deep illustrates the pickle Leitrim were in as the Dromahair man, who had an outstanding game, had to forage so deep in his own half for possession.

Paddy Maguire can also hold his head high with a defiant display against a rampant Roscommon who seemed to have time to do whatever they wanted. Maguire never stopped fighting but it was often a lone battle.

Shane Moran had some good moments at midfield but was often swamped while keeper Brendan Flynn couldn't be faulted for the Roscommon goal, three-on-one was impossible odds and he made two excellent stops to deny further goals.

Kickouts were a problem and there are two ends to that equation but Leitrim will need a major improvement in that sector for the Qualifiers as Roscommon dominated or the ball flew out over the endline a couple of times.

Discipline is another area that needs serious work as more than a few Leitrim players were overly agitated, getting involved in skirmishes rather than the bigger picture.

Darren Sweeney's dismissal was definitely uncharacteristic but it can't be defended while Killian McGriskin may have a deserved a second yellow rather than a straight red for a careless if rather high lunge.

Both Gary Reynolds and Adrian Croal can't really argue with their black cards but you can legitimately query how a few Roscommon players avoided the same sanction over the 70 minutes.

If there is a lack of self-righteous anger and an air of resignation in this report, it is because realism compels one to admit that Leitrim always stood a very slim chance, the margin and manner of defeat the most disappointing thing.

And it is not a recent development with record defeats being suffered time and time again over the last few years. Leitrim have failed to get out of Division 4 for some years and have been on a steady downward slope for some time, the causes rooted in poor club football standards and an underage system that is only beginning to be overhauled.

That work will take time to bear fruit, Roscommon, Cavan and Dublin only beginning to see the fruits of work started nearly 15 years ago. Sunday was a tough, tough day for anyone with Leitrim in their heart but the hard work is only beginning and it will take time and effort and patience.