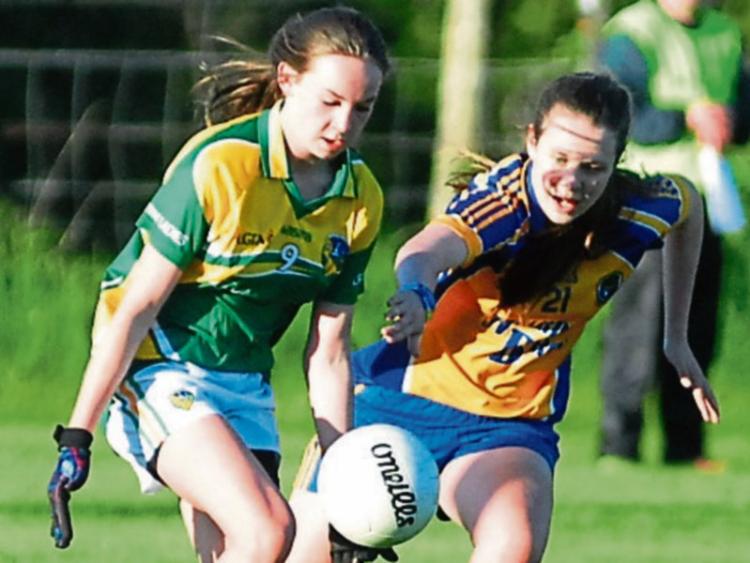 Leitrim's unfortunate run of results in Connacht Ladies B Finals continued last Wednesday in Croghan when Roscommon were in a different class.

Roscommon meant business and it showed as they struck two goals in the first two minutes and had a third disallowed as they overwhelmed an understrength Leitrim in the lovely and picturesque setting of the Shannon Gaels club in Croghan.

And as much as Leitrim battled and fought for every ball, there was no getting away from the fact that Roscommon were simply in a different class, following on heavy losses for the Ladies U14 and Minor teams in Connacht B Finals.

Leitrim's season is not over as they face Kilkenny in the newly reformatted All-Ireland U16 C Championship. They will be joined by Carlow, Derry, Down, Fermanagh, Longford and Sligo with the quarter-finals due to played on June 29.

Leitrim proved last year that they can find new life in the C Championship and they will enter this competition with real ambition despite the trauma of last week's loss to Roscommon.

Roscommon started off in blistering fashion as their first two attacks saw Aimee O’Connor and Louise Brady rifle shots to the back of the Leitrim net while Shannon Caulfield, who made the goals, also had an effort disallowed.

Three points followed just as quickly with Ciara Corcoran (2) and Aoife Gavin, daughter for former Roscommon corner-back Enon Gavin, on target while Leitrim keeper Alva Sheridan made a good save to deny Sinead Glennon a goal.

Leitrim raised the Roscommon siege in style when Aisling Leahy was pulled down by the Roscommon defence and Roisin McGrenaghan sent the keeper completely the wrong way on seven minutes.

Leitrim were more competitive for a spell with Aoife Gilmartin and Emma McLaughlin swapping points with Roscommon’s Shannon Caulfield and Aoife Gavin but the Rossies then stepped up a gear as they hit five unanswered points from O’Connor, Brady (2), Gavin and Kelley Colgan.

Roscommon kept the pressure up and in the last five minutes of the half, added a goal from O’Connor and points from Brady, Caulfield and O’Connor to leave them 3-13 to 1-2 ahead at the break.

The second half continued in the same vein as Roscommon virtually camped in the Leitrim camp and added points from O’Connor (2), Colgan (3), Brady and Gavin in the first ten minutes while keeper Sheridan made a good save to deny Sinead Glennon a goal.

Michaela McHugh and Brady (2) added points before sub Laureen Curren blasted a ferocious shot to the net, Caulfield adding a goal within a minute.

Three more points followed before Leitrim got a consolation second goal, Ciara Reynolds driving a powerful free direct to the Roscommon net. Roscommon refused to let up and added two more points and a goal from Gavin before the final whistle.