Aine only Leitrim player on Lidl Team of the League 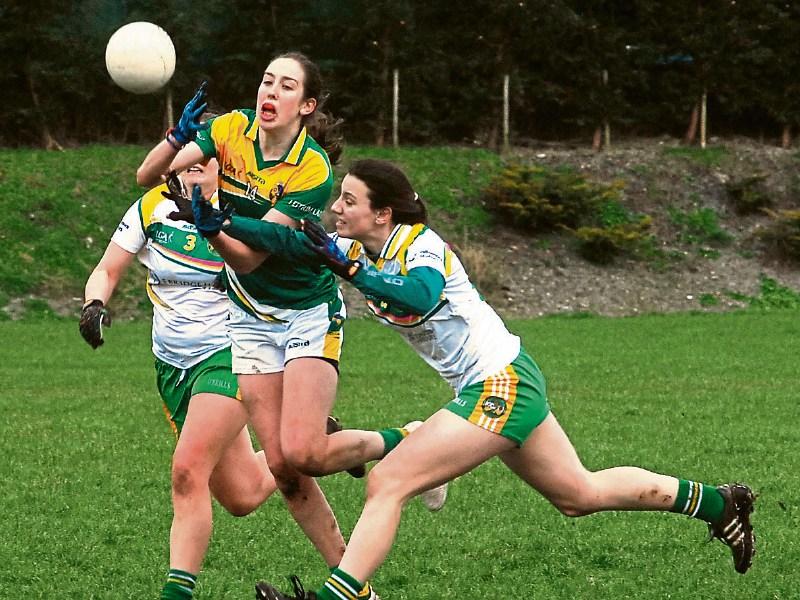 Leitrim’s Aine Tighe was the only Leitrim player to make the Lidl NFL Team of the League for Division 3 after the awards were announced last week.

The Kiltubrid woman was named at full-forward on the team which features five Waterford players and four from Tipperary. Wexford have two players while Fermanagh, Roscommon, Offaly & Leitrim complete the team with one player each.

The Teams of the League honour the players that performed best in their position throughout the entire league. The best 15 players are selected by the opposition managers within their own division with the players that receive the most nominations being selected in that position.

The Lidl Manager of the League will also be named at the Lidl Teams of the League presentation night in Croke Park on Wednesday, June 1.

Ladies Gaelic Football Association President Marie Hickey said “The Lidl Teams of the League give recognition to players across all of our divisions, they are individual awards for some players who might not have received honours in the past.

The full Lidl Division 3 Team of the League is as follows:

l In other news, Leitrim’s U14 Ladies got their All-Ireland U14 C Championship campaign off to an impressive start when they demolished the challenge of neighbours Fermanagh, scoring an incredible 11 goals in the process.

The 11-19 to 0-2 victory sets up a semi-final meeting with Down who were equally impressive against Kilkenny, albeit with a slightly closer scoreline of 7-16 to 3-6 while Sligo also won through to the semi-final, defeating Derry by 13-22 to 1-4. Sligo will meet Carlow in the semi-finals.

The new format for the Ladies “C” championships is an open draw with the Semi-finals fixed for June 12, with the final scheduled for July 3, a date that could cause Leitrim problems as the senior team will take on Sligo in the Connacht Intermediate Final on the same date.

The new format also applies for the U16 “C” championship with Leitrim facing Kilkenny in the first game on June 29, with the winners taking on either Fermanagh or Derry in the semi-finals.