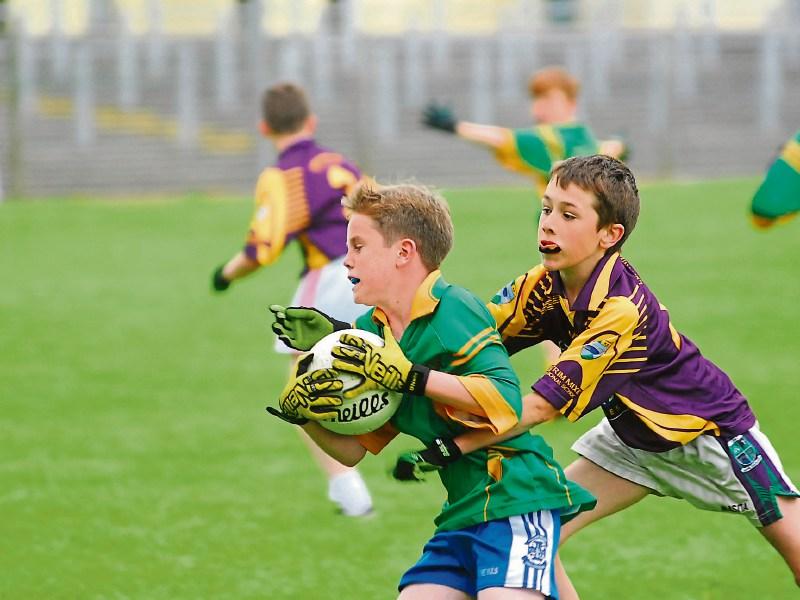 If we keep doing the same things over and over again, you are not going to get different results - the words of Terence Boyle set the scene pretty bluntly for the task facing Leitrim GAA and the development of the county's football teams in years ahead.

As the County Board announce the appointment of former Leitrim captain James Glancy as the county's second full-time Games Promotion Officer, plans are well advanced to revolutionise the coaching structures in a concerted effort to ensure that Leitrim teams will be able to compete with the Province's best in the years ahead.

Speaking to the Observer, Leitrim GAA County Board Chairman Terence Boyle said “James will be starting the first week in July and will cover the whole county. He will be working closely with our Coaching & Games Development Officer Thomas Keenan and our existing GPO Jimmy Holohan.

“James is coming in with a huge level of experience from Dublin and we’ll be hoping to tap into all his knowledge. His role will initially be in the coaching structure but he will be involved in the review we are about to start shortly of all our underage structures.”

And despite the obvious differences between the giant that is Dublin and the country's smallest GAA unit, Terence believes Glancy's experience will be invaluable in the years ahead - “It is chalk and cheese but the basics will be the same, only the numbers are different.

“It is going to take him a while to settle into it but James knows the situation in Leitrim and it is good to have one of our own coming back into the county, it won’t be completely alien to him.

“If you were bringing in an outsider, he’d have a lot to learn but James has a good knowledge of underage football in Leitrim so he is well aware of the situation.

“Speaking to individuals in Dublin, James is very highly thought of in Dublin, he comes with a huge CV of working with Round Towers and Ballymun Kickhams and he could walk into any coaching job in Dublin he wanted.

“Thankfully, he choose Leitrim and he comes with a huge level of experience of working in Dublin, he knows what they are at and hopefully, he can bring some of that with him to Leitrim.”

Glancy’s job came after a lot of work by the County Board to secure funding from Croke Park but is only the beginning of a major push to develop the next generations of Leitrim football.

A new group called the BUILD Committee, backed by members of the Dublin branch of the Leitrim Supporters Club and the County Board, have suggested an innovative link between businesses with Leitrim connections, the County Board and Croke Park to fund an initiative that would see six full-time coaches employed in the county.

The short term aims of the BUILD committee, which stands for Business Uniting in Leitrim Development, is to become more competitive at every level through development of basic skills at school, club and county levels.

In the medium term, the aim is to win Connacht Championships on a regular basis and to compete in the All-Ireland series with a long term aim of establishing Leitrim as a football stronghold and “an exemplar and inspiration to other sparsely populated counties.

“Two or three different counties have come in with something similar so they are looking at the whole funding of coaching overall in Croke Park, that could be a while before that is finished up.

“That proposal is gone into Croke Park and it was done in conjunction with our Supporters Club in Croke Park, some of the members of that were willing to try and finance it if Croke Park would come on board.

“Hopefully, they will still come on board with us maybe on a smaller scale. It is something we have to go back to the drawing board because this is on hold in Croke Park for a while. The proposal has gone to Croke Park and that initial proposal was for six coaches.

“The second GPO in James Glancy is something we’ve been working on one step at a time. The other proposal came on back of that when we were talking about getting extra coaching and we said we would look for six full-time coaches.

“We were working on James before that, it was two years ago since we kicked this off and approached Croke Park.”

Glancy’s role will be to coach the coaches in Leitrim and to maximise the development of young players in the county - “We need to keep pushing on. The last couple of years, we have become more competitive at Minor but we still need to get another step to get across the line.

“If we can get into clubs and get the right attitude into clubs and get clubs to push that little bit further, it will benefit everyone up the line James will be involved in that and all our of coaches, Thomas Keenan and Jimmy, would have already been doing that.

“We have to maximise our numbers. We all know that we are struggling with numbers in a lot of clubs and we need to get the maximum from all our clubs.

“There are a lot of good coaches in our clubs, we’re not knocking them but they will be the first to tell you that they’ll be delighted to see James coming in and tell them where they can improve. All our coaches want to improve and that is all we want. If we can up the standard a small little bit, we will make a breakthrough.

“We need to be getting them going from seven, eight years of age and giving them the basic skills so that when they come to the development squads at U14, that they are well equipped with the basic skills of the game and they are this little bit ahead of where we are at the moment.

Plans are well underway to improve the underage structures in the county but Terence said there may be a root and branch review of adult club football ahead with a growing problem of teams conceding games in the Club Leagues and Terence is open to looking at all possibilities.

“We are talking about looking at the whole thing,” said Terence, “over the last couple of years, there has come a couple of proposals in over the last few years and it hasn’t gone anywhere.

“We are talking about those proposals and taking a serious look at the whole thing.

“A lot of teams are looking to the championship and they are willing to concede League games. There are two many league games being conceded in Division 2 and 3, a huge number of games.

“You wouldn’t wonder at Division 4 or 5 but Division 2, there should be competitive games and it is something that we are going to have to have a serious look at.

“If we keep doing the same things over and over again, you are not going to get different results. We are going to have to take a look at our whole system and if we can improve it, so be it.

“We need to be improving, that is what we are all about, improving our standards all the time to benefit everyone,” promised Terence.