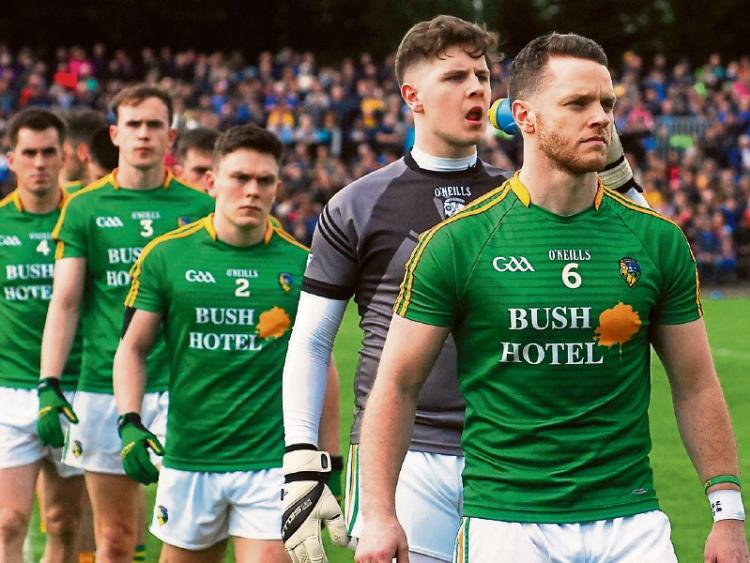 One of the last to leave Markievicz Park last Saturday was Leitrim captain Gary Reynolds and when asked for his opinions on the heavy All-Ireland qualifier defeat at the hands of Sligo, he made no excuses but stressed he firmly believes the services of Leitrim manager Shane Ward must be retained.

“I’ll throw out all the cliches but we need to take stock and go again. It’s unfortunate because I’ve had 10 tough years at this stage and there has been a lot of setbacks.

“What makes it difficult is that’s a young squad in there. They’ve loads of talent and you’re looking for the likes of us guys to step out and at stages today we didn’t probably. It’s bitterly disappointing because the scoreline probably is a fair reflection of their dominance of us at times in the first half but they’re not that much better a team (than us).

Speaking honestly and passionately, Gary was adamant the high turnover of players must be halted as continuity is what he firmly believes is what is needed for the good of football in Leitrim.

“There was stats released a few months ago, we’re second in terms of having the highest turnover (of players) since 2006 with nearly 100 players.

“There’s no way a county with … and I’m not harping on about the population … there’s no possibility a county with that small of a population can have that turnover and the quality of turnover. We’ve loads of good guys in there. There’s young guys coming in and a lot of them featured today and those guys are special footballers.

“I mean that, I haven't seen it in 10 or 12 years, they’re really special and unless we keep the same squad together we’re not going to achieve anything. I mean by starting again it really doesn’t make any sense.”

Gary added, “People who come to watch us three or four times a year, will say ‘it doesn't matter, you’re not doing it on the scoreboard, you're not doing it in the games'.”

However, Gary believes a strong spirit has been built within the team and a change of management would see the good work behind the scenes over the last few years undone.

“We’ve done the hard part which we hadn't had in a long time, we've built that. We need to start building on the performances. There’s a couple of really good footballers there, I don’t know how long I have left here but the guys who are here driving it on need to keep driving it on for next year or two. It’s not for my benefit it could be for the benefit of in ten years time.

“Seriously, unless we work with these players that we have now … bringing someone in to clear it all out, it’s just not going to work. We need to look to the future, I mightn't even be involved in that but we need to start something.”

Looking to take the positives from a tough year, Gary added,“You might say you finished second bottom of Division 4, fine, but a lot of those games we were a point or two away from winning so stop the hard luck stories and get on with it. We’ll have a good pre-season hopefully and see what we can bring next year.”