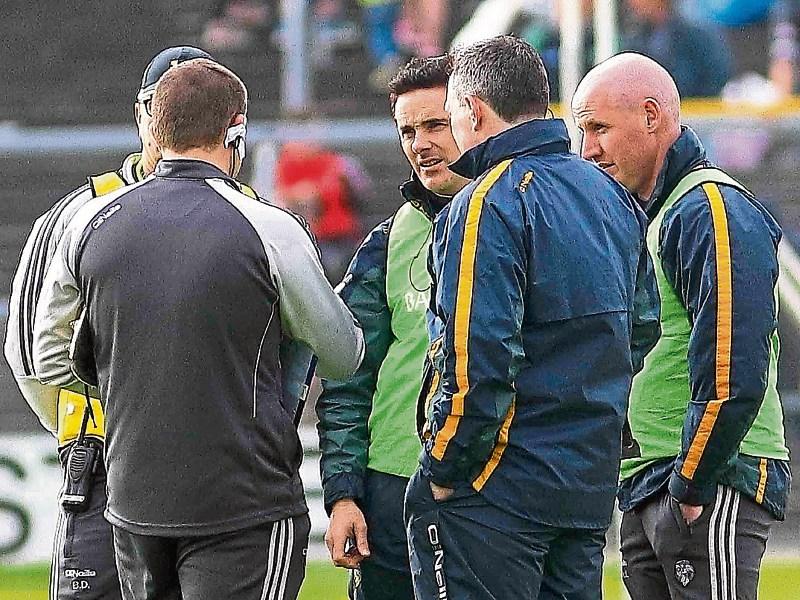 Losing is never an enjoyable experience and even though it is something Leitrim supporters have had more than their fair share of, there was a deepened sense of despondency after last Saturday's defeat to Sligo.

Reflecting on the game Leitrim manager Shane Ward was typically honest in his assesment stating his players didn't perform to their ability. While visibly disappointed at the defeat Shane was determined to stress that progress is being made off the pitch and he believes the work being done over the past few years must be continued.

Shane was of the belief his players simply didn't perform saying, “We are disappointed with a lot of the performances out there. I thought we didn't perform to our capabilities. We probably made too much out of the occasion ourselves. There were times in the first half we were very static and we froze. I stand myself with the guys on that.”

Pointing out what went wrong was a considerably easier task than attempting to explain why it went so wrong but Shane attempted to do just that.

“The old foe came back to challenge us again which was ourselves. I thought a lot of our mistakes came from ourselves in the first half. We really did stand off them in the first half, for whatever reason. We spoke about that, just going out and playing and relaxing and enjoying our game and we just didn't do that. There is no explanation other than that.”

After an abject opening half Shane tried to change tactics in the second half but some bad misses saw already diminished confidence take further blows.

“With that breeze at our backs I thought if we put our shooters on the 40 we might kick a couple of scores. We kicked four or five very bad wides with little or no pressure which puts a different scheme on things. In games like this it's all about percentages and if you don't kick your easy scores and bring yourself back into the game confidence just dwindles.”

One positive Shane was able to take was the role of the substitutes commenting, “I thought when we introduced the youth we got lots of energy back again. They just go out and play and it's an absolute dream to work with them.”

Shane made no effort to gloss over what has been a year of frustration but he does believe the team is developing in the right manner.

“The players, they needed a lot of work when we got them, some were doing it, some weren't. There has been no backroom team working harder in this country than our boys, they've really put big time into the players and that's why we've kept the full compliment and the players respect that but nonetheless we understand it has to come through in performances and that's what we have to prioritise from here on in.”