Lessons must be learned from Sligo defeat insists Emlyn 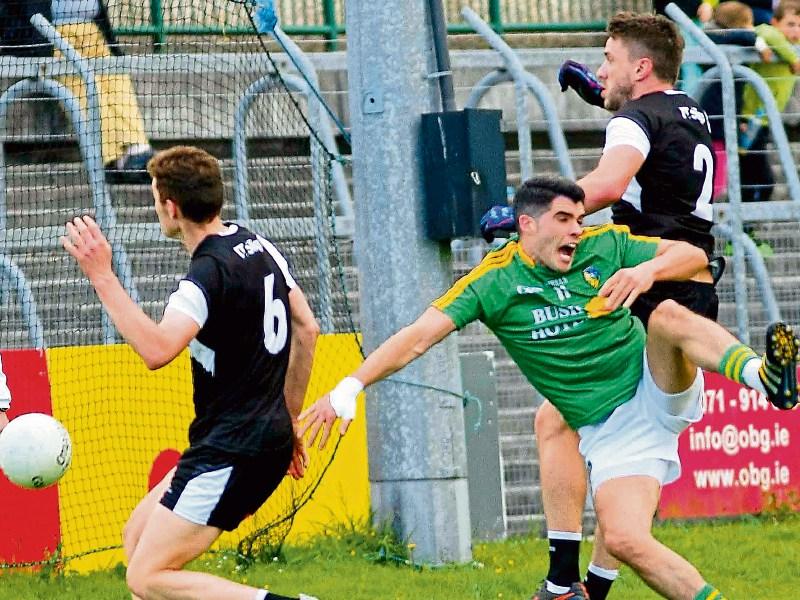 After witnessing his side go down to a heavy defeat at the hands of Sligo last Saturday in Markievicz Park, Leitrim forward Emlyn Mulligan attempted to assess the game, but found it to be a frustrating exercise.

“It’s hard to sum it up. We came down here today no more than a lot of Leitrim supporters with full belief that we could win today. We prepared well the last two weeks.

“The breeze was strong in the first half but we gave them a lot of space, we gave Niall Murphy incredible space inside. Against a finisher of his quality when you do that you’re always going to be under pressure.”

Emlyn added, “All round maybe they had that extra bit of quality today, I don’t know, it’s very hard to sum up our performance, we were so much up for it but we were very flat at times. It’s just disappointing.

“The better team won on the day, we’re just disappointed in our own personal performance really.”

Emlyn acknowledged preparations hadn't been great in previous years ahead of the qualifiers but stressed that was not the case this year.

“I wasn’t here last year but I suppose other years, the qualifiers, maybe the boys didn’t really care about them and you'd come back and there could be a totally new squad two weeks after the (Connacht) Championship. This year not only did we keep the squad, we added to it. A lot of young players came in there like Ryan O’Rourke and Conor Gaffney so that is good but at the end of the day the fact is we were bet. It was a massive chance we thought to get into the last 16 of the All-Ireland.”

The Kinlough man added lessons must be learned from what went so wrong for Leitrim last Saturday.

“Heads are down but we’ll regroup next year and no more than any other year, Division 4 is our prospect.

“We have to learn from these, there’s no point taking these defeats and then just forgetting about them.”

Emlyn said it is important the group get together in the next few months to fully assess and learn from what happened in Markievicz Park.

“We have to sit down in the next 6-8 weeks and see where is it going wrong or what do we need to do because Sligo looked a far better team there today and definitely showed that they are way better than a Division 4 team.”