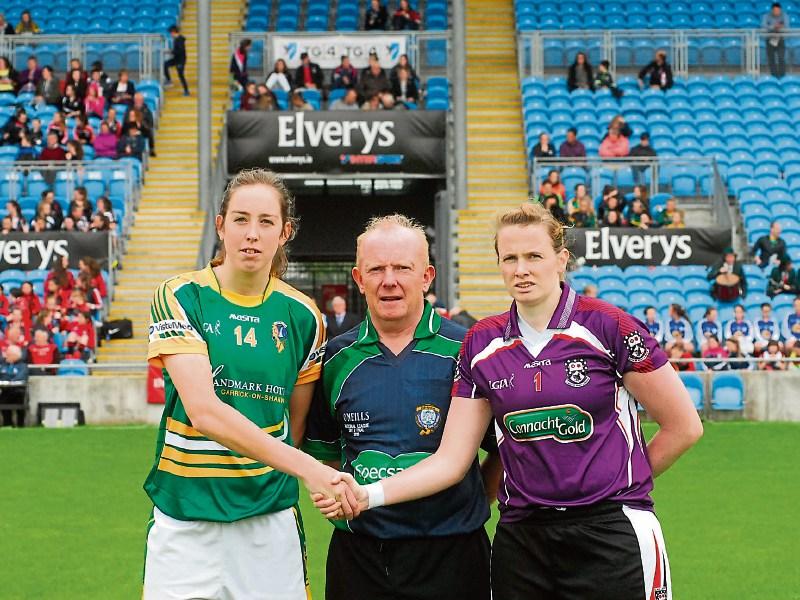 While most in McHale Park, Castlebar were reflecting on an absorbing game of football after last Sunday's Ladies Connacht Intermediate Final, Leitrim captain Aine Tighe was left to rue what might have been.

So often the hero for Leitrim, the Kiltubrid forward, who has been regarded among the very best in the country over the last few years, was left frustrated as her side fell just short (6-12 to 3-14).

Aine made no excuses for her team's shortcomings saying, “We just didn’t perform. Even in the first half, the goals killed us. Every time we got a foothold in the game we conceded again.”

Aine was left particularly frustrated as she felt Leitrim did not play to their full ability.

“I’m just disappointed that we didn’t bring our game today, we know we’re better than that. We’ve put in better performances throughout the year but just really disappointed.

Aine added, “We were always made to work that little bit harder for scores and momentum is a big thing in these games and they got two goals straight after each other in the middle of the second half and then sat back to protect their lead. We were finding it much harder to get the scores than they were and that killed us at the end of the day.

“They got the momentum and with injuries they killed it but that’s the way it goes. You have to try and get your scores when you are on top and we didn’t do that today, we didn’t take our chances either.”

The fact that the game went down to the wire was no surprise to Aine as she knew the two old rivals would give everything until the final whistle.

So often the hero for Leitrim, it proved to be a particularly frustrating day for Aine who saw one penalty go over the bar and another fly wide which she felt summed up Leitrim's day.

“All you can do is try and regroup and go ahead towards the qualifiers. Croke Park is still a goal in September and that’s what we’re trying to get to.”