Achievement is its own reward, pride obscures it

High turnover of players must be addressed 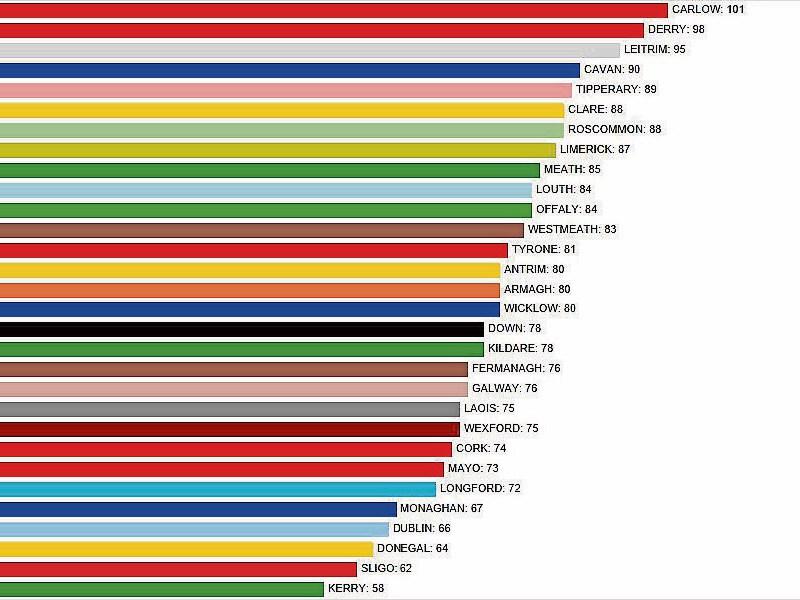 I’m glad I wasn’t scheduled to write a column last week as I may well have said a few things I regretted, so disappointed was I with Leitrim's performance against Sligo.

While my frustration has abated somewhat, my disappointment has not. The fact remains that almost every aspect of the performance was unacceptable. The levels of concentration, commitment, passion, skill execution, cohesion, communication, and fight were nowhere near what is required at inter-county level. It was the most passive Leitrim performance I have seen.

Speaking to a seasoned Sligo player afterwards, against whom I played many times, he pulled no punches. It was the worst Leitrim performance he had ever encountered. Why was that? I pointed out above just some of the performance requirements in Markievicz Park that were way below acceptable levels. But we need to look beyond what happened (or didn’t, more accurately) on the field to understand what has been holding Leitrim in their long-standing league and championship slump.

I don’t like to turn to numbers when explaining Leitrim’s footballing challenges. But instead of looking at the amount of players Shane Ward can pick from (which we all know is the smallest in the country), it’s worth examining a very telling statistic published by Gaelicstats.com recently (see graph). Leitrim has used 95 players in the past ten seasons – the third highest number in the country, after Carlow (101) and Derry (98).

In theory, if Leitrim is to be successful, we should be operating with one of the smallest squad turnovers in the country simply because we have fewer players of inter-county standard to rotate. In reality, Leitrim has been haemorrhaging players left right and centre for some years. The causes are complex and multiple: the recession, migration to Dublin and emigration for work, disillusionment, an unwillingness to give the required commitment, a lack of self-efficacy, a lack of success feeding a general lack of enthusiasm.

This complex situation has left us playing with an even greater weakened hand than the cards dealt by the drawing of county boundaries and the socio-demographic and economic vicissitudes of Leitrim life since the famine.

But even all that doesn’t lock us into a fate of failure and the sort of performance exhibited by those took to the field against Sligo with a Leitrim jersey on their back. A common complaint I heard of Dessie Dolan was that he stuck too frequently with the same players.

There is some truth in that: Dessie was slow to try out new potential. However, his game plan was built around consistent application. The 20 players he constantly turned to knew it inside out. That is one of the reasons why we were a very consistent team. Admittedly, he had largely the same players to turn to year on year of his four years in charge. But that’s partly because of the culture within that squad. We were tight.

Looking back, the fact that we didn’t win a Connacht title (well within our potential at the time) doesn’t bother me too much. At the time, the defeat that brought the end of each season was like the loss of a piece of me and I was crippled for weeks by disappointment and regret. But that immediate pain was linked to my extrinsic motivation. It was always my intrinsic motivation that kept me coming back for more, week on week and season after season.

That intrinsic motivation was always more concerned with achieving my full potential as a player, and achieving our full performance potential as a team (which we fell just short of). In the early 1990s idiosyncratic TV show ‘Twin Peaks’, the existential explorer, Major Briggs, succinctly put it: ‘Achievement is its own reward, pride obscures it’.

There was a large transition of players at the end of both Dessie Dolan’s and Mickey Moran’s eras as managers. Both Sean Hagan and Shane Ward trawled the club scene to try and unearth new talent.

But you can’t just introduce players to the inter-county scene without some essential foundations being in place from their club and development squads experiences. Some of those foundations are skill based, some are physical. The majority are psychological in nature. The recruitment of James Glancy as the county’s Games Promotion Officer is a significant step. James has spent years with the Dublin County Board honing many of the skills required to help implement the structures and standards necessary to see incremental and consistent growth in Leitrim’s coach and player development pathways at both club and county levels. He was hugely respected at both Ballymun and Round Tower clubs, where he cut his teeth. A close collaboration with Shane Ward will be good for both men, and for the county’s football fortunes, I have no doubt.

The players who togged out against Sligo deserve our support. I appreciate it’s been a frustrating few years, and despite limited returns for their efforts they continue to put their heads above the parapet and face the slings and arrows.

They know in their heads and hearts that their last performance was unacceptable. I encourage you all to take stock this summer. Enjoy your club campaigns and look to get that hunger – so evidently absent against Sligo – back into your very beings. Understand what motivates you and use that to come back with heads, hearts, and bodies realigned and ready for the fight once more.

A quick note to mark Leitrim Ladies valiant efforts to try and win their third Connacht title in a row. Sligo’s goals scuppered Pat Costello’s side but with Ainé Tighe leading her talented squad I have no doubt that greater days lie in wait and wish them every success in the Qualifiers.

Likewise, kudos as ever to Eanna Madden, representing club, county and country in the European Athletics Championships in Amsterdam, running the second leg in the Men’s 4x100 replay team performance that recorded the third fastest Irish time recorded in the discipline’s history.