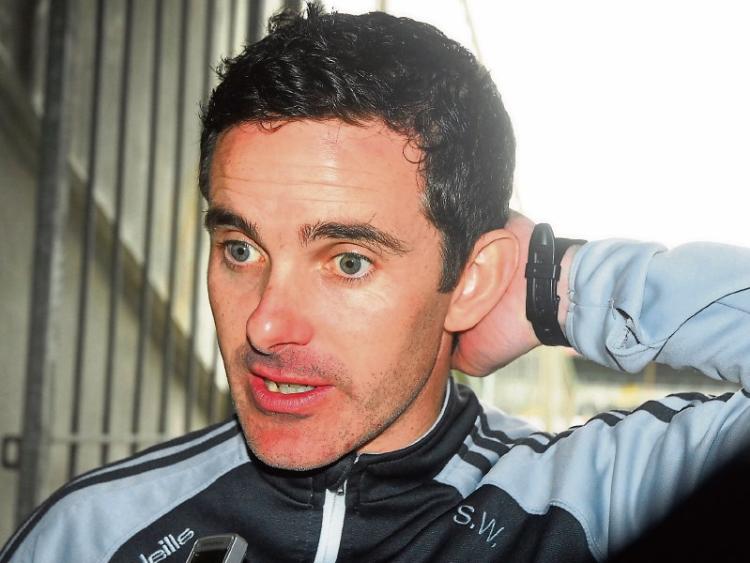 Leitrim are on the search for a new manager after Shane Ward surprisingly stepped down on Tuesday, July 12, after two years in charge of the Senior team.

As names are already floating around about the identity of the new manager, we take a brief look at the games in the 2016 campaign with reaction from Shane Ward at the time.

The game was moved to the Connacht GAA Centre of Excellence due to no county pitch being available. Emlyn Mulligan, Paddy Maguire and Adrian Croal made returns but it was newcomer Nevin O'Donnell, who transferred from Cavan, who caught the eye.

Ward: “There is a great sprinkle of youth in this group. It is really when you train them week in, week out that you find out how young they really are.”

Leitrim had the home side on the rack in Tuam for the third quarter but failed to take their chances.

Ward: "We were in control of that game for large periods but we just didn't convert."

Far from a classic, Leitrim recorded a comfortable win in Ballinamore and the winning margin should have been more emphatic.

Ward: "It's pleasing to be building a squad and not be depending on one man or over-reliant on one player."

A controversial late free in Enniscorthy deprived Leitrim of at least a point in an exciting opening round fixture in what was probably Leitrim's best performance of the campaign.

Leitrim needed to win to reignite their promotion hopes but with the wind at their backs in the opening half, Wicklow opened up a nine point lead in Pairc Sean Mac Diarmada. A very late goal almost saw Leitrim rescue a draw but the home team missed a good chance to steal a point.

Ward: "There was a bit of anxiousness there alright but we talked about that during the week, about controlling the game and seeing it out and in the first half we just didn't do that."

Leitrim bossed the opening stages in Corrigan Park Belfast, leading by four points and causing plenty of problems for the division leaders but Leitrim's failure to score from play proved to be their undoing.

Reaction: Leitrim manager Shane Ward was unavailable for comment after the game with Antrim's joint manager Gearoid Adams commenting, "Leitrim pushed up on our system and in the first 20 minutes we didn't react the right way."

Leitrim recorded their first league win of 2016 with a fantastic display of free-flowing football to record their first win of the League campaign in Pairc Sean Mac Diarmada but rode their luck as they held off a late Louth rally with the visitors kicking three frees wide in the closing five minutes of the game.

Ward: "I don't think the scoreline was a true reflection of the game. I think we deserved to win that game by three or four points."

Leitrim reacted well to the concession of a goal in the opening quarter and 1-8 without reply put Leitrim on course for their second victory in Ruislip as hopes grew for a strong finish to the League.

In front of a paltry crowd, Leitrim slumped to a humiliating defeat in a performance lacking in energy and enthusiasm.

Ward: “Conditions were tough out there but it is still no excuse. We didn't start well, we didn't finish well so it was disappointing from our perspective. The boys will react this time they way they have been educated to respond."

The Division 4 campaign ended in disappointing fashion as Leitrim suffered a one point defeat in Dungarvan in a game played in atrocious conditions.

Ward: "Our discipline at the back let us down a couple of times. We just mistimed some tackles and gave them frees, gave them the rub of the green and they got scoreable frees that kept them in the game. Sometimes in games like that you just lose the run of your tackling. It has to be absolutely precise or not at all."

Leitrim's dreams of a Championship shock were harshly and brutally shattered by a stronger, fitter and better Roscommon outfit in Pairc Sean Mac Diarmada.

Ward: "It certainly wasn't a Shane Ward performance out there today. I'm disappointed with the lads and with the way they went about their business today. I thought we started really well and settled really well but after that we hit the self-destruct button. Be under no illusion, a lot of the things that went wrong out there today was down to the players themselves.

"Those guys will be disappointed, of course, but they have to step up now. It is a real, real challenge for them so it will be interesting to see how they bounce back."

In dreadful conditions in Pairc Sean Mac Diarmada, Ronan Kennedy led Leitrim into the second round of the All-Ireland qualifiers in a game that was more comfortable for the home side than the four point winning margin suggests.

Ward: "There has to be a bit of credit flow our way when we are trying to do the best for the county and not necessarily for the immediate victory in a lot of cases."

Leitrim's year came to a miserable end in Markievicz Park with Sligo claiming a victory that was every bit as comprehensive as the scoreline suggests.

Ward: "The old foe came to challenge us again which was ourselves. I thought a lot of our mistakes came from ourselves in the first half. We're disappointed it's not coming through in performances, we can understand why people would question the same but we'll reset now and we'll have a think over the next week and see where we go."